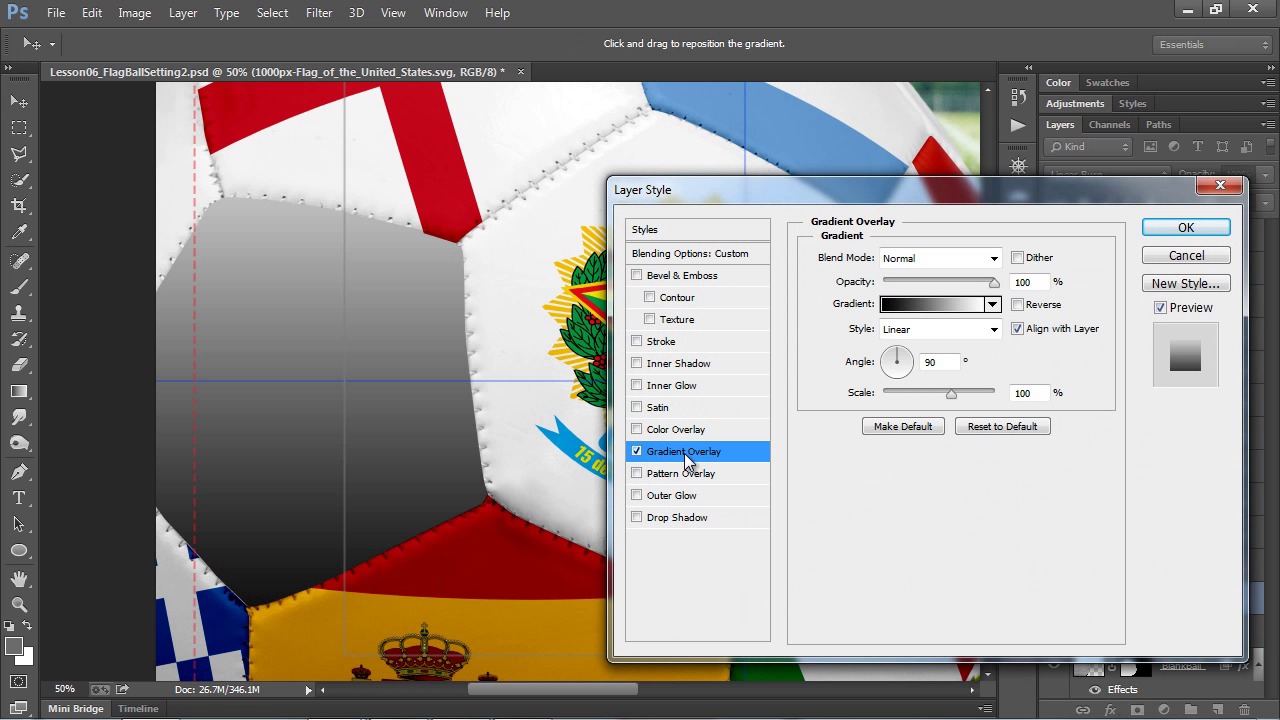 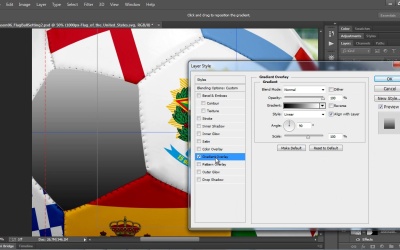 Here’s where the photo illustration really becomes something special. In this lesson we will discuss methods of selecting areas with the Pen Tool, and how to make creative use of blend modes and layer styles to create the illusion of flags printed on the patches of the ball.