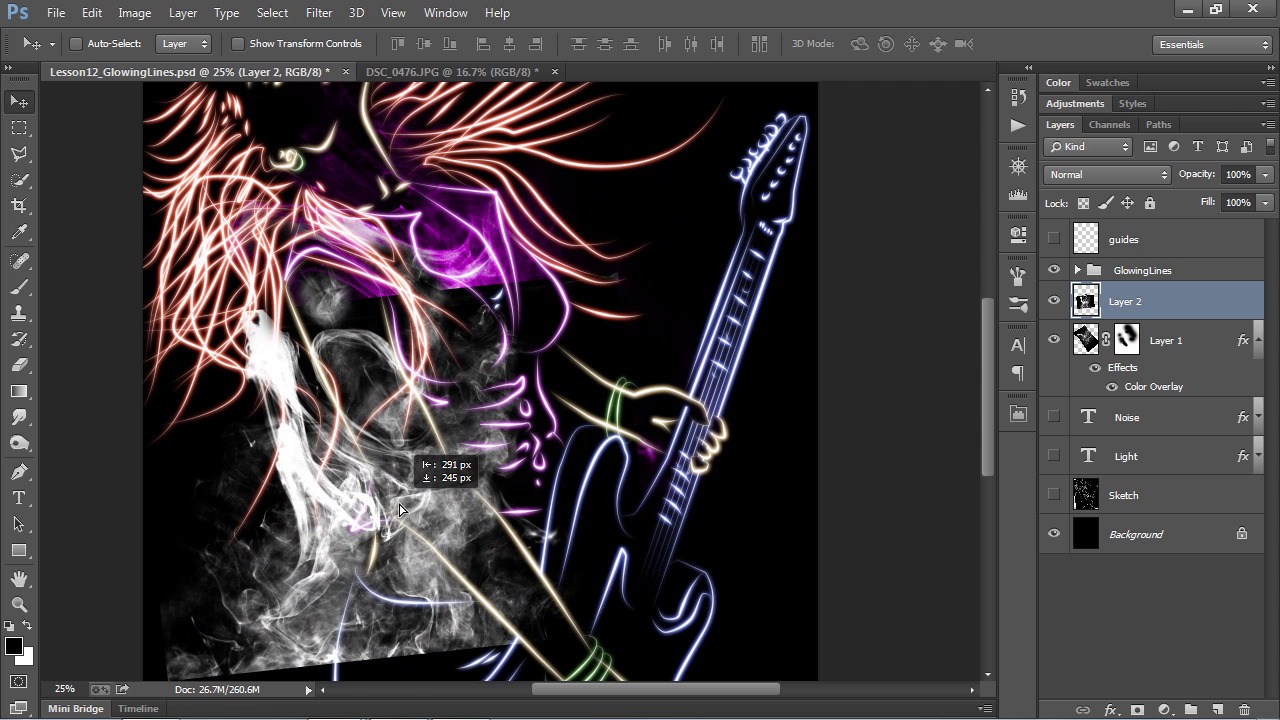 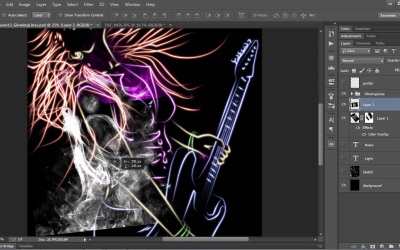 Now let’s use some custom stock images of fluid effects to create a glowing smoke-like background for the electric figure in our design. This approach makes good use of adjustment layers, layer styles and masks to generate the colorful glow effects.