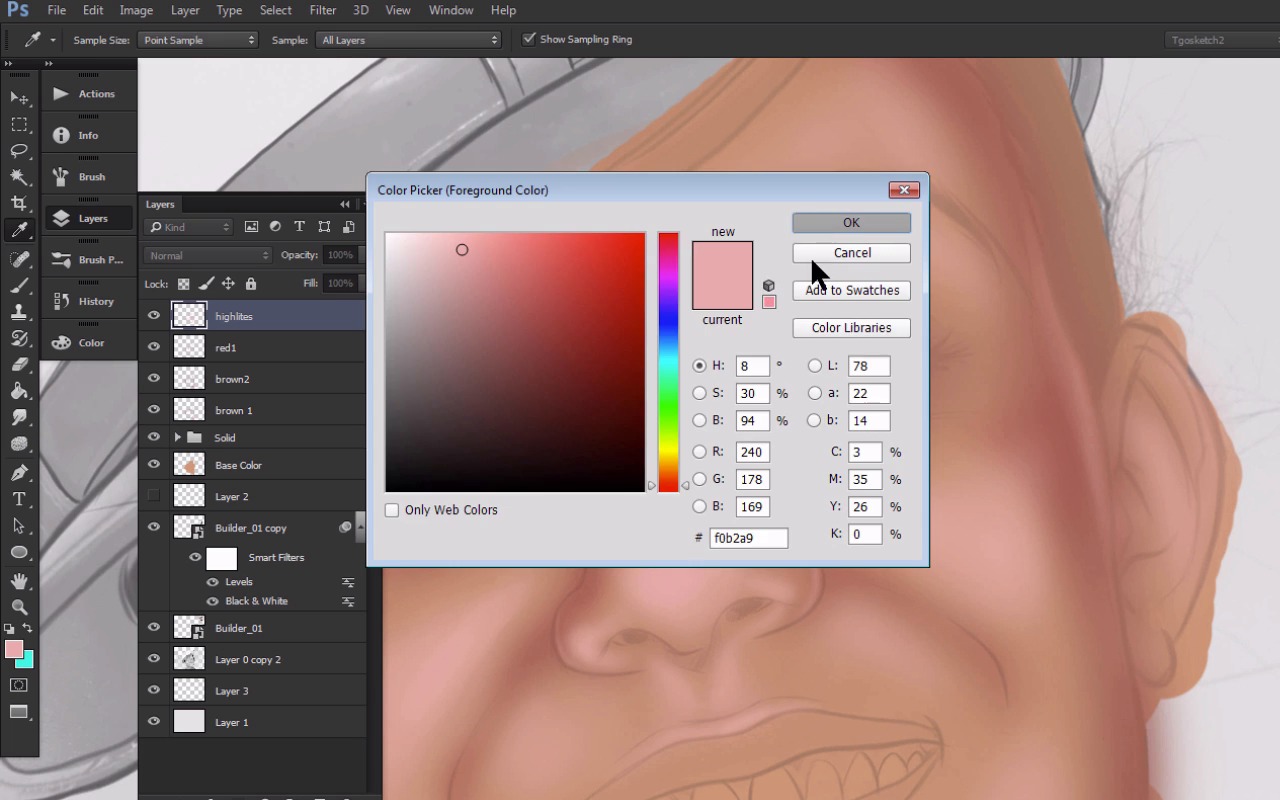 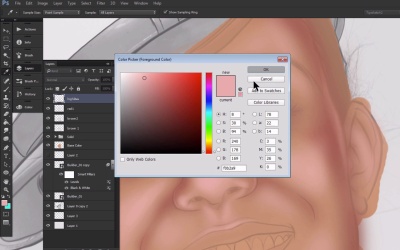 Now we will begin to bring the highlights into the painting. We will discuss how to switch between brushes, to help the transition between colors.