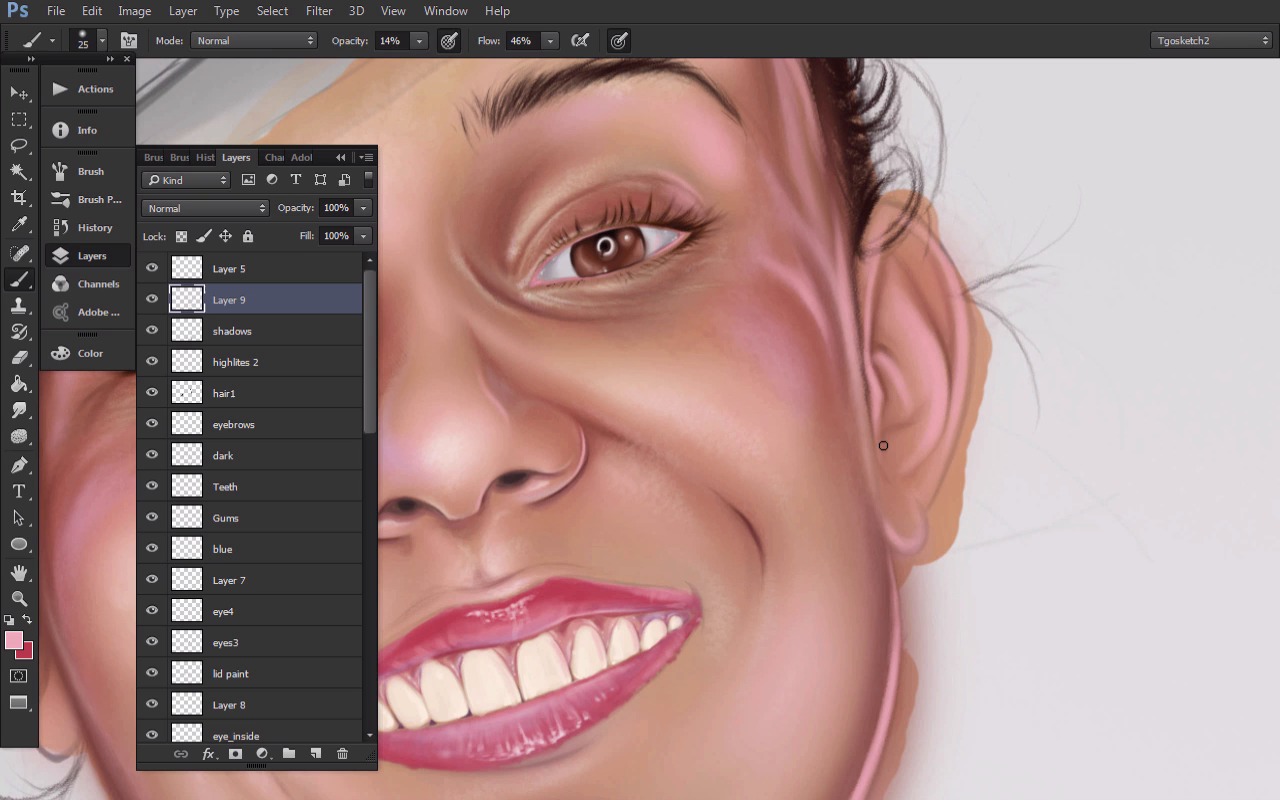 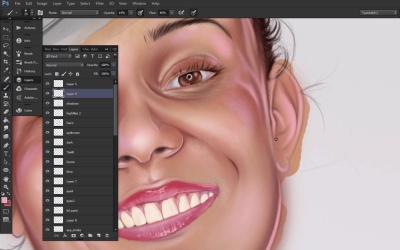 In this lesson, we will start adding highlights and bounce light to our painting. We will also discuss using noise to create the illusion of textured skin, and to support what we painted with regular brushes earlier.