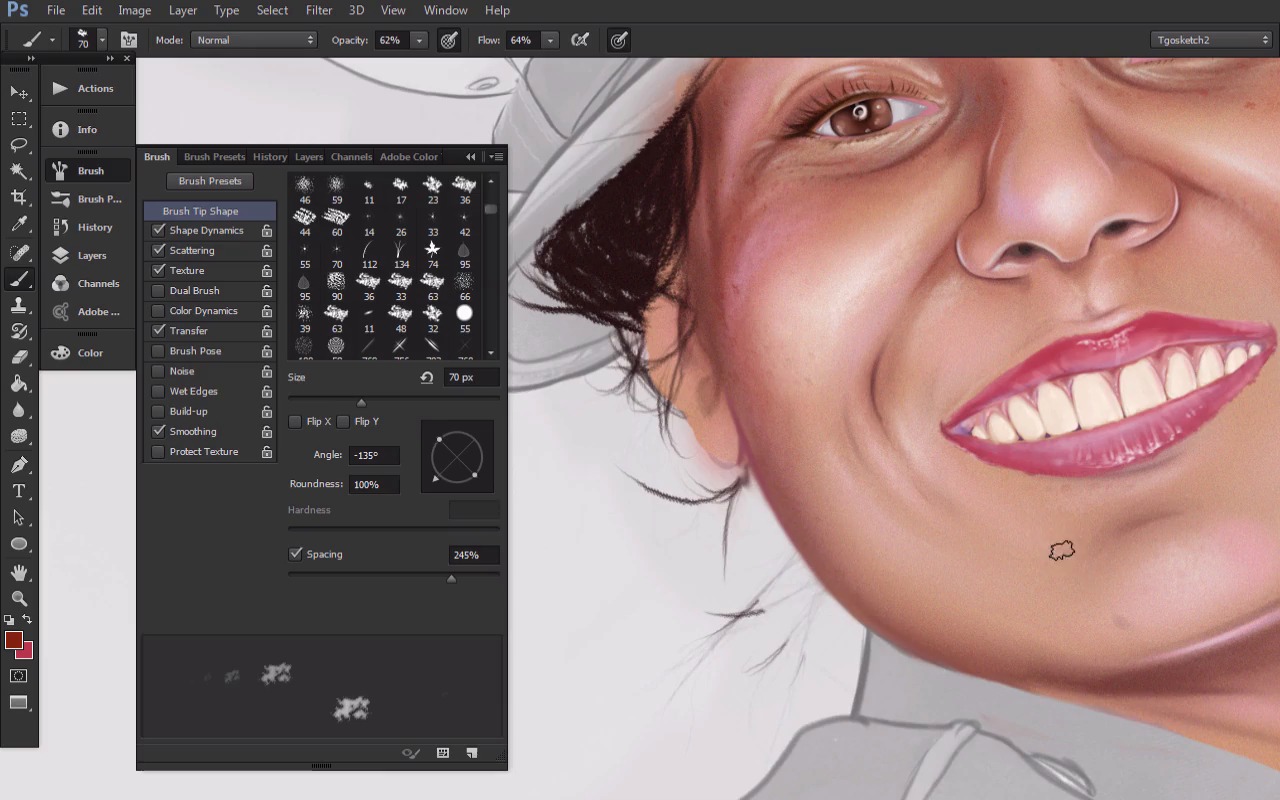 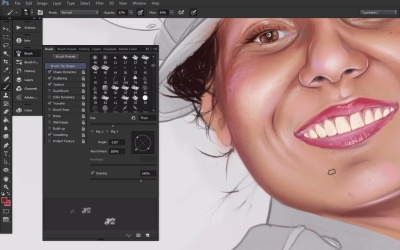 Now let's start adding freckles and skin flaws to create more realism in our work. We will also be cleaning up the noise from our previous lesson, by adding highlights. And we’ll use the Liquify Tool to add style and character to finish off our project.