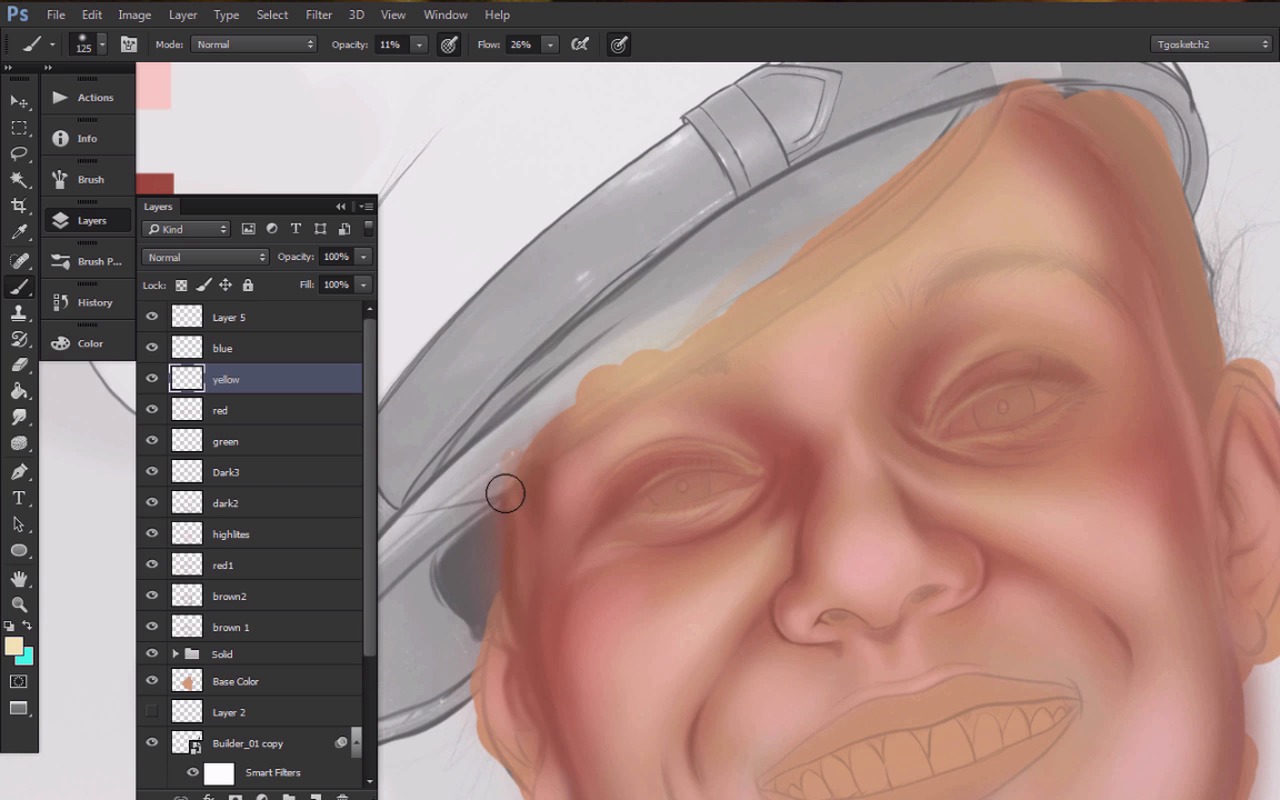 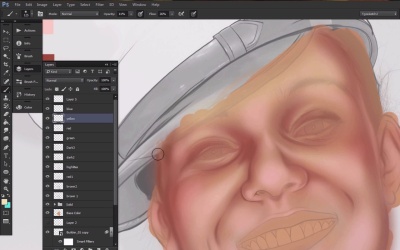 In this lesson, we will discuss the color zones of the human head/face. We will begin to add the color zones into the face of our illustration as well as adding more texture to the painting.