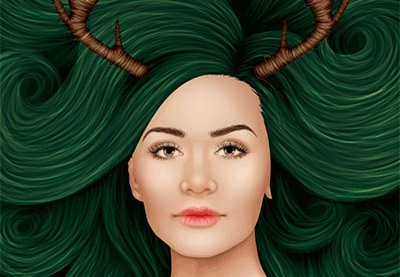 After some initial theory work, you'll learn how to sketch out a series of styles for a short pixie crop. Then you'll go on to render the base shapes.