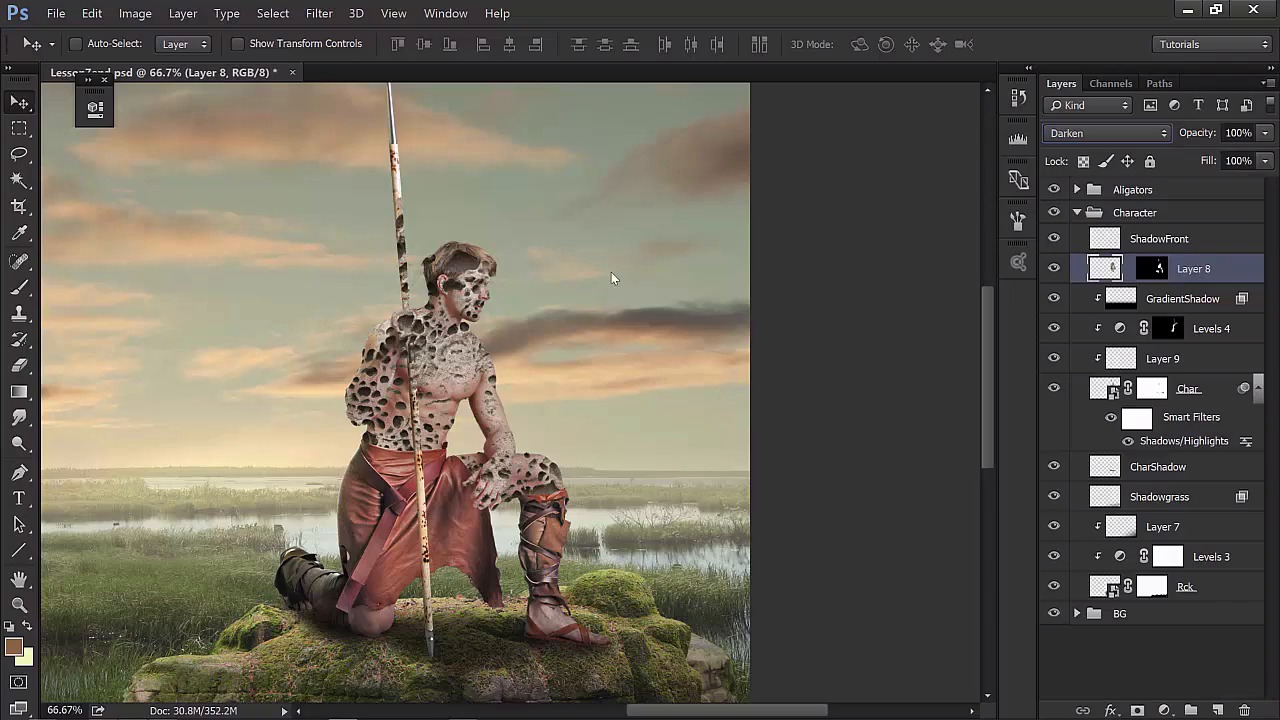 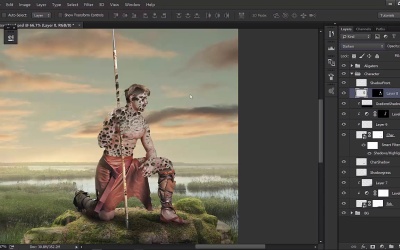 In this lesson we add a rock texture with perforated holes and apply it to our character.