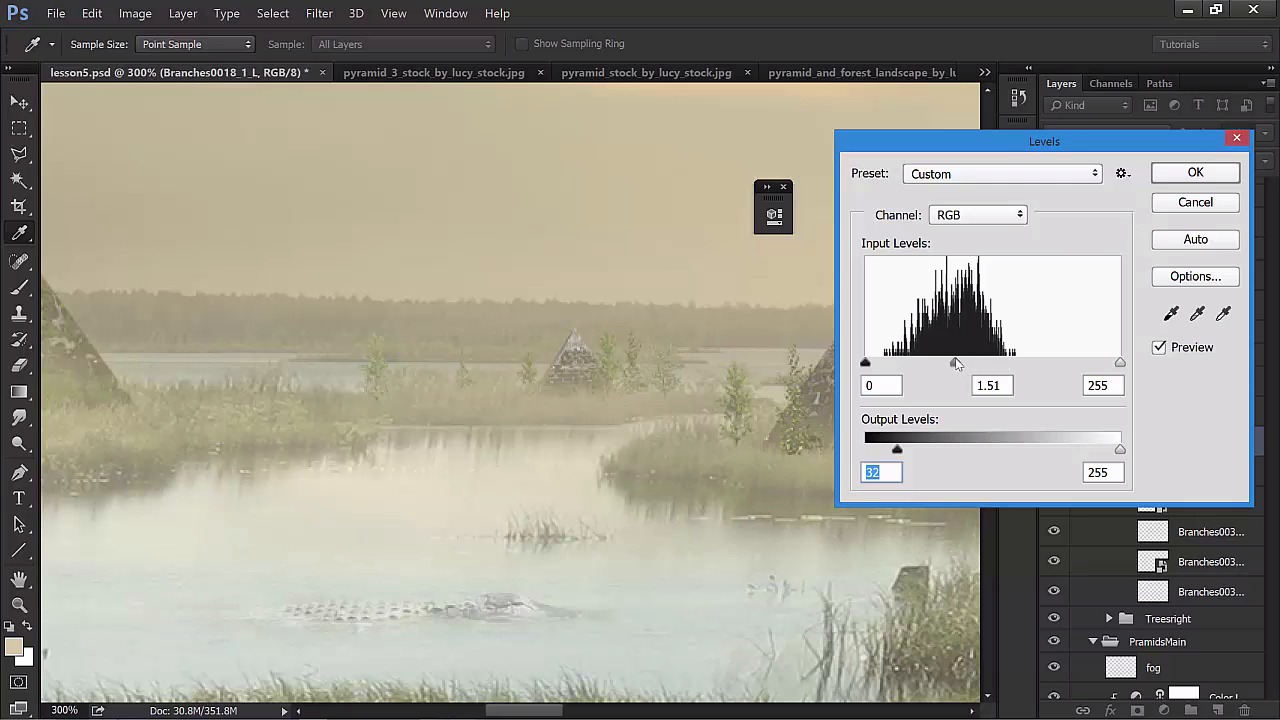 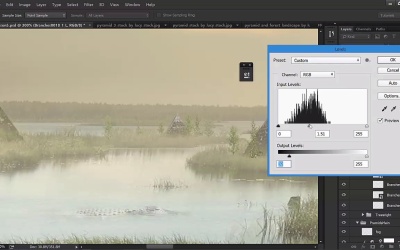 In this lesson we use the Shadows and Highlights adjustments on our character to reveal more details, and we add some trees.