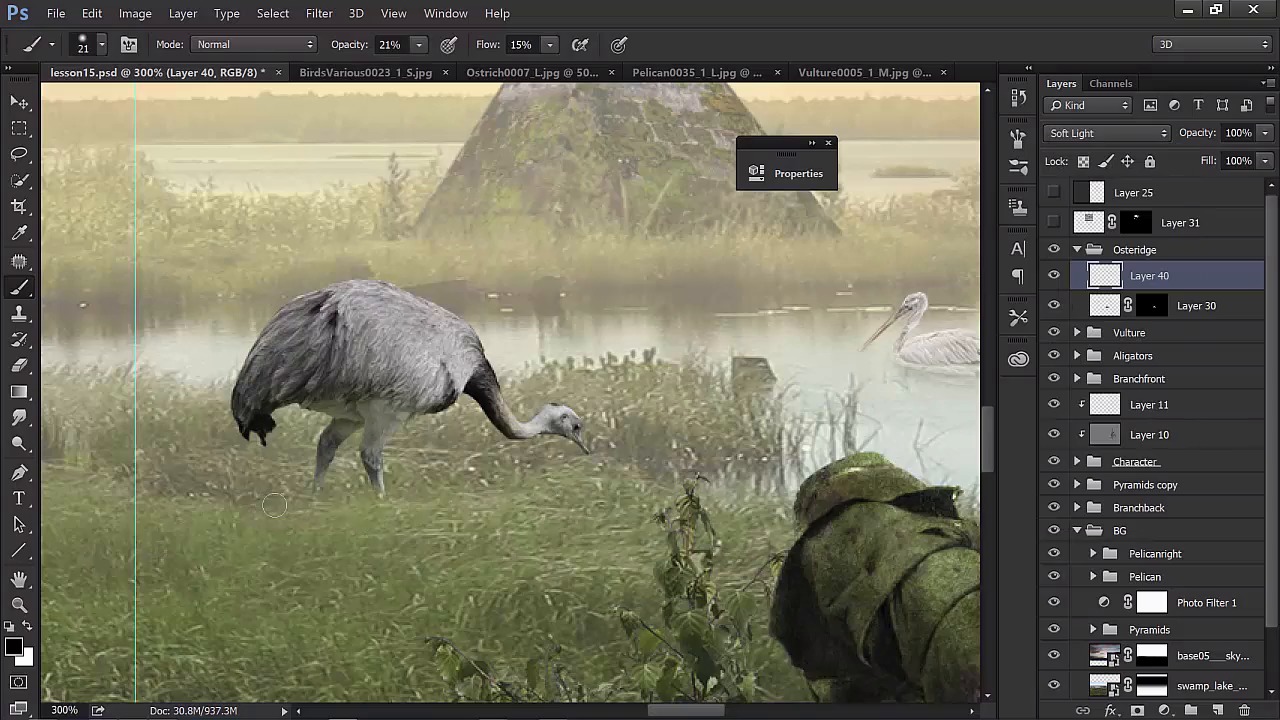 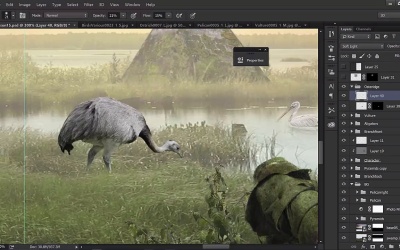 In this lesson we include some more animals such as a pelican and a few ostriches.