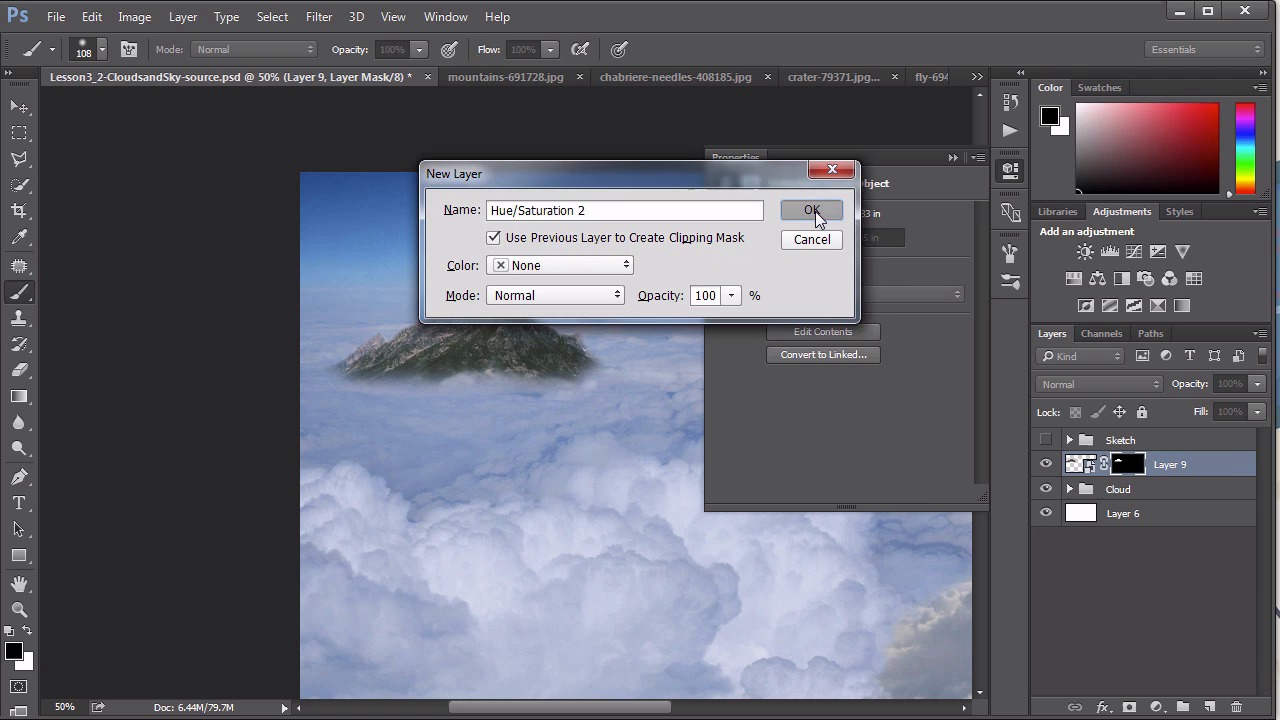 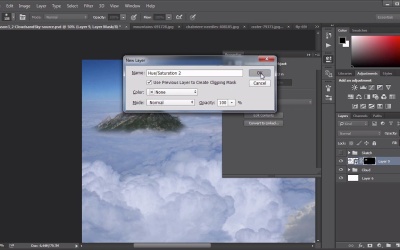 To help establish the height and scale of the image, we need something recognizable to anchor the viewer’s perception. To do this, we will use some mountain peaks jutting out through the clouds.