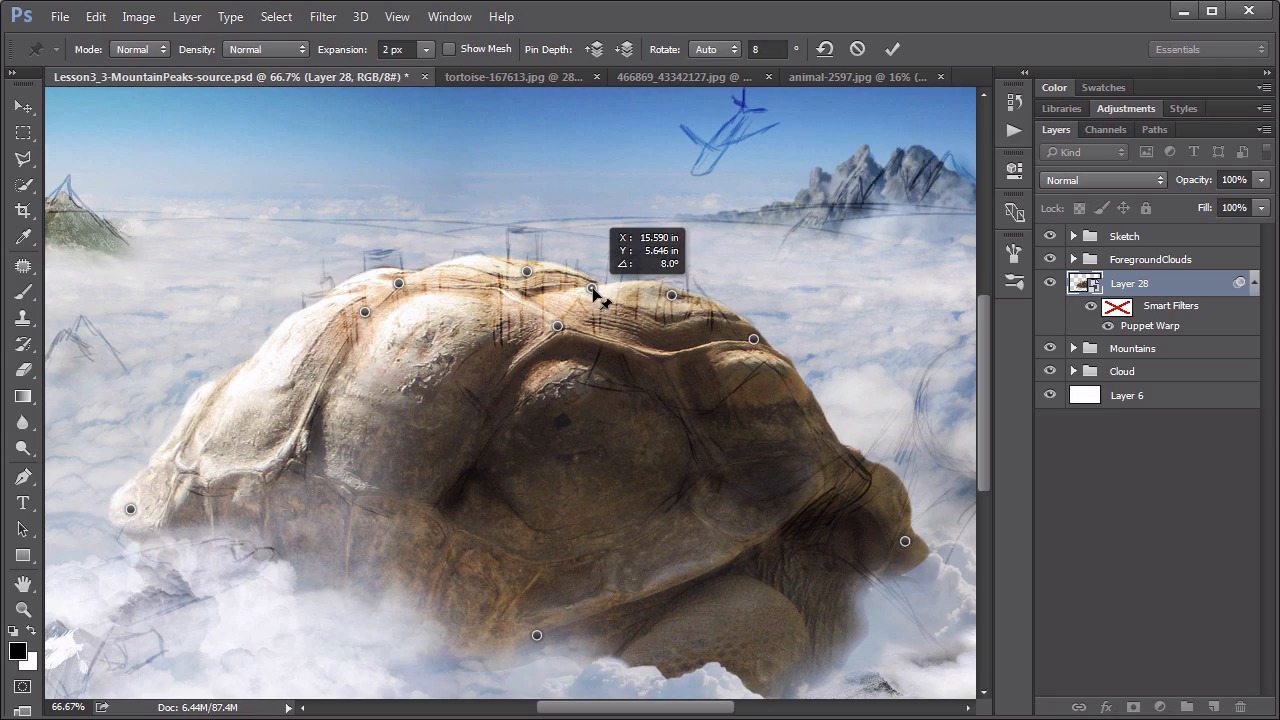 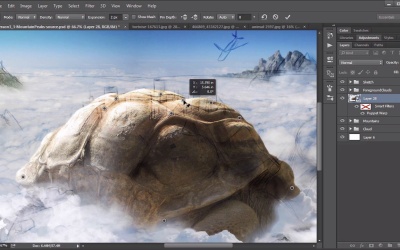 The hero of our image is the massive mountain of a tortoise that houses the city on his back. So in this lesson we sample areas from multiple images to build up our city-moving amphibian.