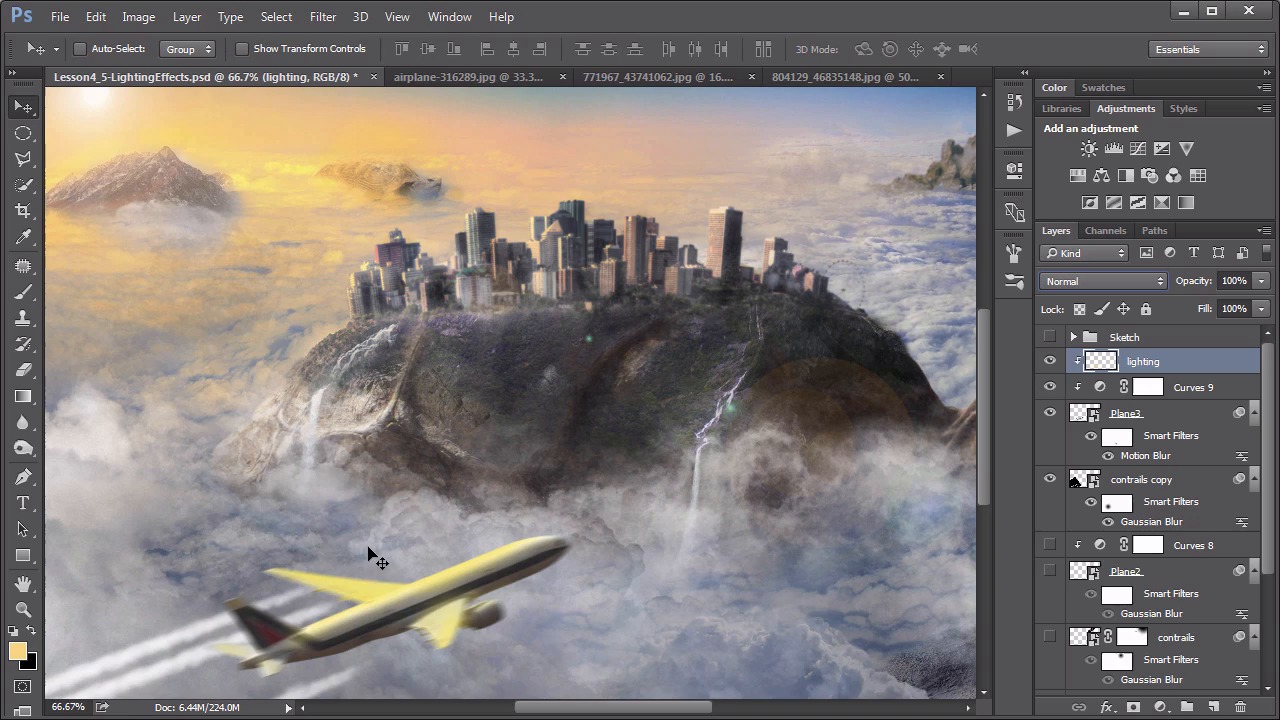 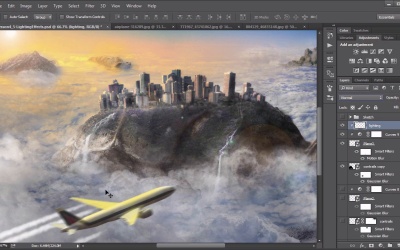 Our scene doesn’t have much visible ground—instead there’s a vast field of puffy clouds. In this lesson we explore techniques for creating a field of clouds out of multiple images and layers to provide depth to our scene.