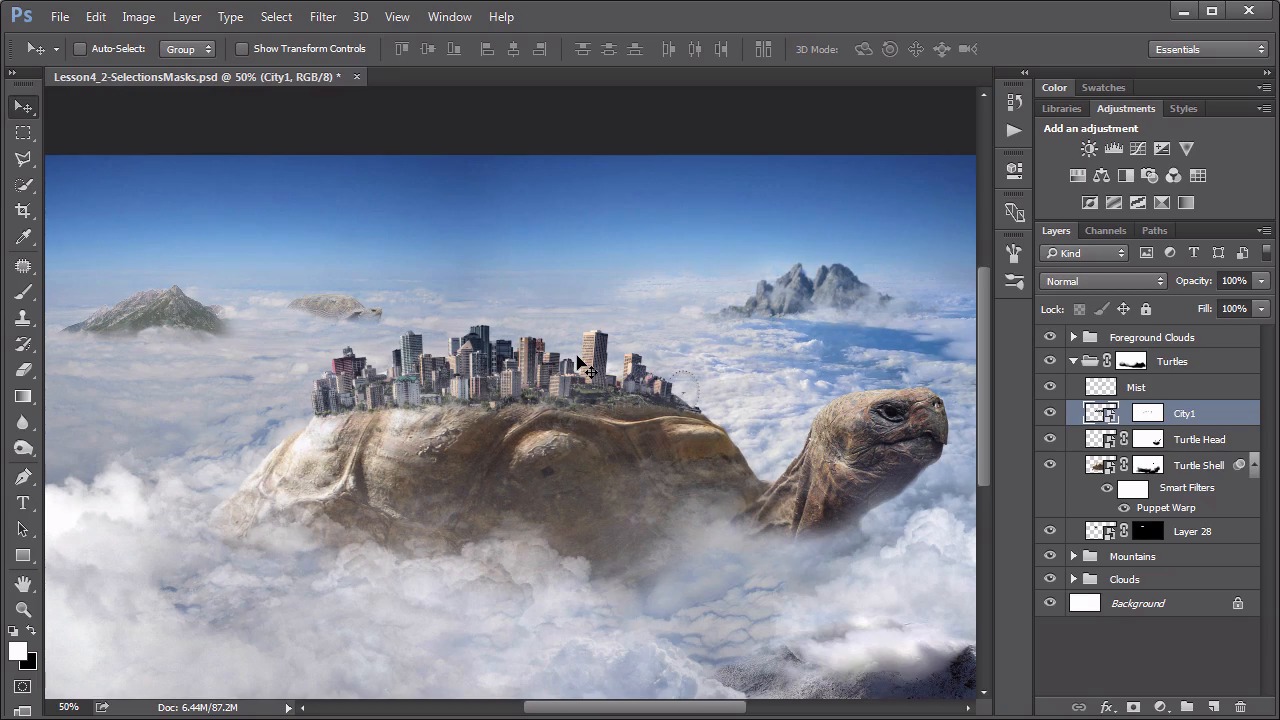 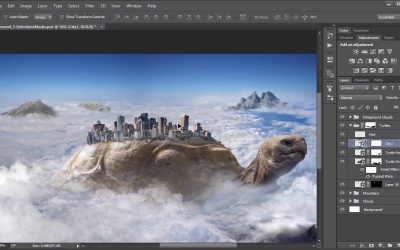 The raw forms of the images do not match in visible attributes. There are mismatched colors, lighting, and detail granularity. In order for the scene to appear realistic, these things need to match up. In this lesson we will use various filters and adjustments to get all the layers to play nice with each other.