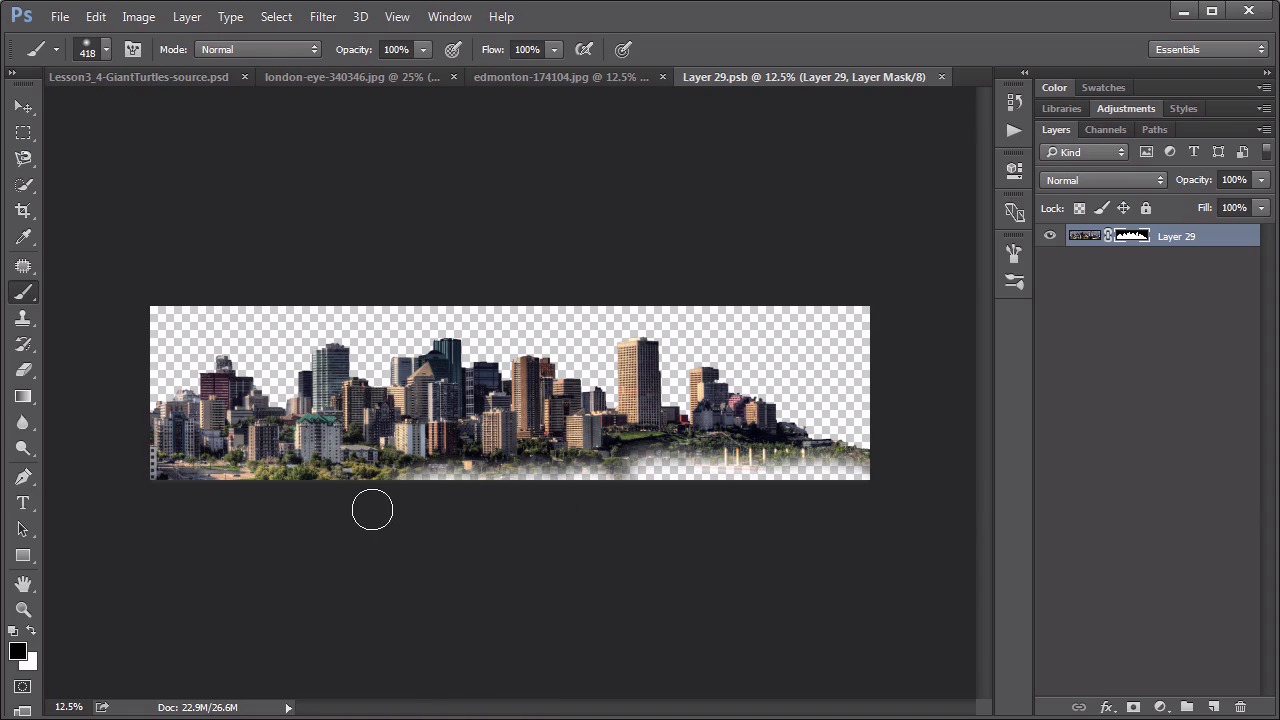 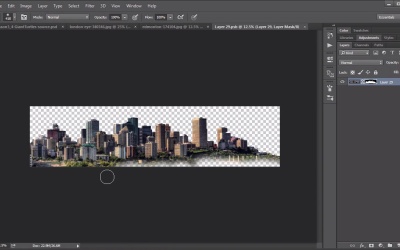 The most interesting aspect of our scene is the fact that this giant tortoise has a city on his back! In this lesson we isolate elements of a multiple city images and fit them to the back of our tortoise.