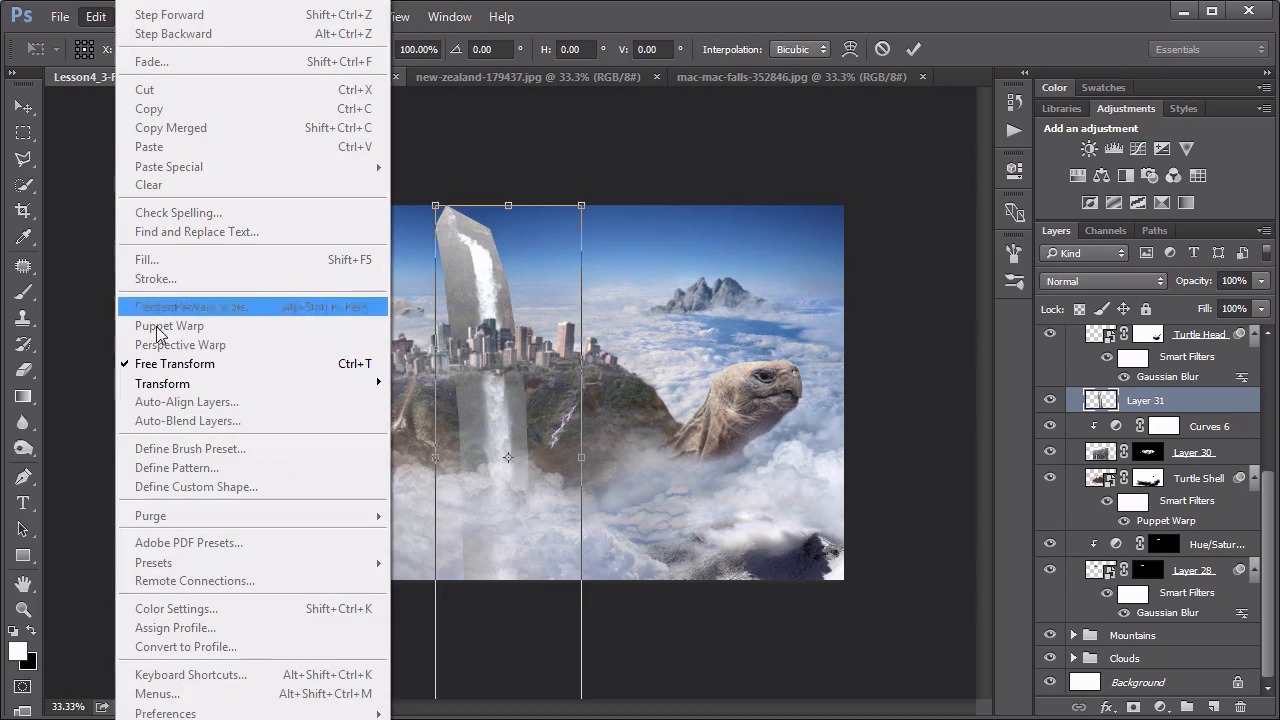 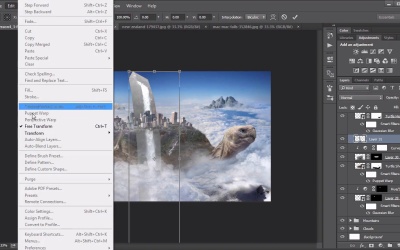 The side of the turtle doesn’t match well with the city because the scale of visual detail is clearly mismatched. In this lesson we use some compositing techniques to add textures to the turtle’s shell that will match up better with the scale of the city. And we add some brilliant waterfalls!