Croatian designer Vladimir Koncar enjoys the “process of creation.” So much, in fact, that he spends his time wearing the hats of graphic and web designer, photographer, illustrator and film maker. Throw in a little experimental typography and you have the picture of a man who embraces the journey as much as the destination. Join us as Koncar talks dresses, honesty and his love of Hairvetica.

“The story that follows the melody talks about the fact that every man for once in his life dreams, thinks about or secretly tries to dress up as a woman.” These are the words used to describe the 2006 music video “Rippling (dress)” that was directed by Croatian visual artist and designer Vladimir Koncar. When asked if he had ever partaken in such activities he responded, “Of course I have, I have tried it but under a pretence of being in a masquerade. It wasn't bad. A dress seems like a comfortable piece of clothing. Sometimes I envy women on their possibility to dress creatively.”

It’s a rare thing to find a man so honest and comfortable in his own skin that would do something considered by many to be taboo, but that is Koncar.

Koncar seems to do a little bit of everything. He has expanded his repertoire to include the more “traditional” print and web media projects, but he also delves into short, independent film-making and experimental typography. Like many creatives, he says his inspiration comes from everyday life and he credits a daily run as the thing that “gets rid of the negative energy,” a meditative act that results in the focus required to craft his works.

“I love when I can recognize honesty in one's work.”

The way he interprets everyday life is anything but typical, however. For example, when discussing the origin of his experimental typography or diary type as he calls it:

"Diary Type project emerged spontaneously from my daily ideas and thoughts that I noted down in my pad. I was wondering what would be the best way to visualize them and I realized that I could emphasize some thoughts with custom letters. I've always been fascinated by the interference effect and in some way it helped me to create those sentences which sometimes amplify the thought I'd like to express visually, and sometimes they do just the opposite. All the fonts you've seen so far have actually emerged from the same idea, but they've evolved through time. In the beginning I only made letters I needed, while nowadays I obsessively create the entire alphabet."

These daily thoughts and ideas that he wrote in his pad led to things like “Hairvetica,” “Cigarette Type” and “Pills Type.” None of these have ever been used in a commercial sense, but do they really have to be in order to be considered art? The witty statements he uses to illustrate the usage of the letters are entertaining in and of themselves.

While the ideas may have come from his mind, the objects didn’t necessarily come from his personal collection. In the case of the three types just mentioned, the answers are a yes, no and maybe. We’ll let you decide what corresponds to which material.

Koncar grew up in Bjelovar, which is 80 km away from Zagreb, the capital of Croatia. His younger brother, who has a love for music, is currently finishing up his second university where he is studying Biochemistry. Koncar muses that since his parents have no artistic background, “it's unusual that [my] brother and I are swimming in the art waters.” He was a quiet and curious child who “participated in everything [he] could.” It’s no doubt that this desire to experience as much as life has to offer nourished the creative mind responsible for his unique and imaginative artistic creations.

Unlike many of his fellow designers, Koncar didn’t grow up always knowing he wanted to do something artistic. His first ambition was to be a cook and that was followed up by the desire to be a diver. It was when he won a visual arts award in primary school that he set his sights on the arts. At first his intention was to become a painter and over time that evolved into “being some kind of designer [or] artist.” His father, however, wanted him to become an economist “to have something to live off of.” Luckily, he continued, he didn’t give into that pressure because he’s now living off of work that he loves.

After finishing a language high school he enrolled in the Faculty of Graphics and Design program in Zagreb. He never finished his studies there because he founded a studio and started working. Now, at 31, he’s back to college to try to complete his degree. He is doing this because of his desire to constantly learn, improve himself and evolve as a man and artist. “I never made a list of things I should achieve in my lifetime. I don't bother myself with that.” One thing he wishes he did do though was attend music school to learn to play a musical instrument.

Koncar did attend a film school at night in addition to different drawing workshops. One of his biggest influences though was Frano Radak, an art professor with whom he studied painting for four years. “Working with Radak has [had the most affect on] my view of art and my creativity today,” he said.

In 2003 Koncar started Studio Revolucija or Studio Revolution, with two college friends, Gorjan Agačević and Ozren Crnogorac. What started out as a small three-man company run out of a garage has more than doubled in size and they now take on projects from graphic design, complex web applications and web development to interactive multimedia experiences, educational CD-ROMs and multiplayer games. In fact, one of his favorite projects was the CD-ROM “Tesla’s Day,” which is about the life and work of Nikola Tesla, a great inventor from Croatia. He threw himself into the research required and the collection of all of the materials he needed to produce this educational piece. It’s no doubt that this project holds a special place in his heart. Not only was he able to learn more about the life and work of this talented man, but he was creating something that allowed primary and high school students as well as their teachers the opportunity to learn about this 'unmatched genius' as his contemporaries called him [whose] discoveries shaped significantly the life style of the people of the 20th [and] 21st century.”

“It's our goal to constantly challenge ourselves to keep developing new and unforgettable visuals and experiences.”

Over the last several years Studio Revolucija has won many awards and “it's [their] goal to constantly challenge ourselves to keep developing new and unforgettable visuals and experiences.” When it comes to those unforgettable experiences, Koncar is a self-described “Art Dictator,” which is somewhat fitting for a man named Vladimir, a name of Slavic origins that means “to rule with greatness.” “I am pretty demanding when a project is set up on its feet. I like to be included in all aspects of creating a project and I insist on precision. I direct a project visually and I don't like compromises,” he said.

Compromise or not, the creative team at Studio Revolucija is on the same page when it comes to producing the high-quality designs they are known for. They believe in “great design, web standards and accessibility and are able to take a project from inception to completion, without limitations.”

While Koncar says his company is always open to experimentation and collaboration, he believes that there are no right or wrong stereotypes of designers and that anyone can be one and they can be broken down into two categories: good and bad.

"I think that it isn't enough just to learn the rules of design in order to design, but for every step forward there has to be an idea. I appreciate the technical part, but it is not crucial, the idea is what I cherish the most, and that's what makes the difference. I love when I can recognize honesty in one's work."

Honest is another term that can be used to describe Koncar and his work. Even with all of the successes he’s enjoyed throughout his career, he is not immune to some to the frustrations suffered by most people in the field such as surreal deadlines, unprepared materials and flippant clients, just to name a few.

Today he counts the Ministry of Culture of the Republic of Croatia, Museum of Contemporary Art, Croatian Natural History Museum, Zagreb Brewery and ZBI Invest among his long list of big-name clients, yet he’s had his share of projects that didn’t turn out as planned. He can also look back on these past projects and realize that while they may have not turned out perfectly, the mistakes he made were all learning experiences and “that it isn't enough to be creative but that the raw creativity needs to be articulated through knowledge.” Early on in his career Koncar recognized his weaknesses and has systematically either overcome them, or abandoned the pursuit, what could be considered to be the ultimate display of honesty. 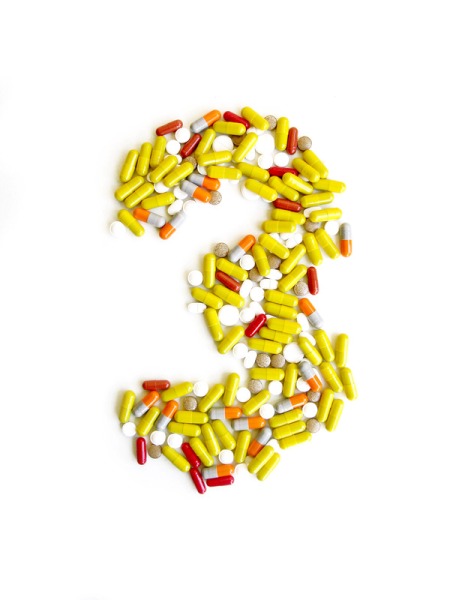