There's been a bit of a switch-around here at Vectortuts+, and as those of you following us on Facebook may already know, we have a new editing team! Today we're proud to announce that Kate McInnes is now Editor of Vectortuts+ and Sharon Milne has joined as Associate Editor. With over 20 years of combined vector knowledge, the site is definitely in good hands. So how well do you know the Vectortuts+ editing team? Find out at the jump!

Of course, Vectortuts+ wouldn't be half the site it is today without our amazing writers, their passion for vector is an inspiration

Just over a month ago, long-time editor, Sean Hodge, left the Vectortuts+ team to focus on his role as the Editor of FreelanceSwitch. Having been the Associate Editor of Vectortuts+ for the past two and a half years, I've now taken the role as site Editor. I have some pretty big shoes to fill, especially since Sean has been running the site for as long as I can remember. Sean has worked tirelessly to make Vectortuts+ what it is today, and I feel very privileged to have such a fantastic site to work with.

Of course, Vectortuts+ wouldn't be half the site it is today without our amazing writers, their passion for vector is an inspiration, not only for the Tuts+ readers, but the entire vector community. With this in mind, we've chosen Sharon Milne as our new Associate Editor. Sharon has been a regular contributor to Vectortuts+ since 2010, and I haven't met many people as dedicated to vector as she is. If you're familiar with her work you would know that she uses 100% vector, even if that means long hours inventing new techniques.

So, please join me in welcoming Sharon, and wishing Sean the best of luck over at FreelanceSwitch!

Get to Know Editor, Kate McInnes 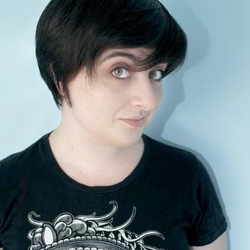 5 Things You May Not Know about Kate.

Kate on the Web

5 Things You May Not Know about Sharon

Sharon on the Web

NewsVector
Did you find this post useful?
Yes No
Would you like to provide feedback (optional)?
Cancel Submit
Want a weekly email summary?
Subscribe below and we’ll send you a weekly email summary of all new Design & Illustration tutorials. Never miss out on learning about the next big thing.
Sign up