Theo Aartsma is an accomplished veteran in the design world. Theo has a bachelors in multimedia and his art focuses on blending illustrated typography with 2 and 3D art that he creates himself. You can learn more about detail about his techniques in the tutorial How to Illustrate Type Using Cinema 4D and Photoshop - Psd Plus Tutorial.

In this interview, Theo will describe why he loves using nature as a theme in his work, as well as tell us about one of his most visually stimulating illustrations called "Digital Heroes." This is another great interview so lets begin!

I'm form the north of Holland but currently residing in Florida. I'm a 27 year old designer/illustrator. I have two jobs; one is concepting and designing high quality websites for the factor-E and the other is freelancing in mostly (typographic) illustrations.

For me it started off with the electronic music scene. I was in a little group of producers and we needed a lot of promotion material. I started doing this myself - mostly websites and logos at first. After a while, I made the choice to pursue graphics only and not do music anymore. 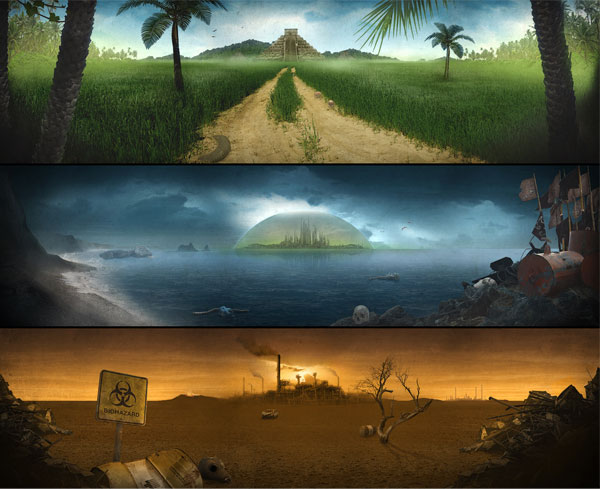 2. From stunning photo manipulation, to extremely creative typography, what would you say is your favorite type of illustration to do, and why?

Illustrated typography. Because it suits me so well. I think these are my most fun projects to do. I also think there is a lot of exploring still to be done in this type of work. That really excites me. 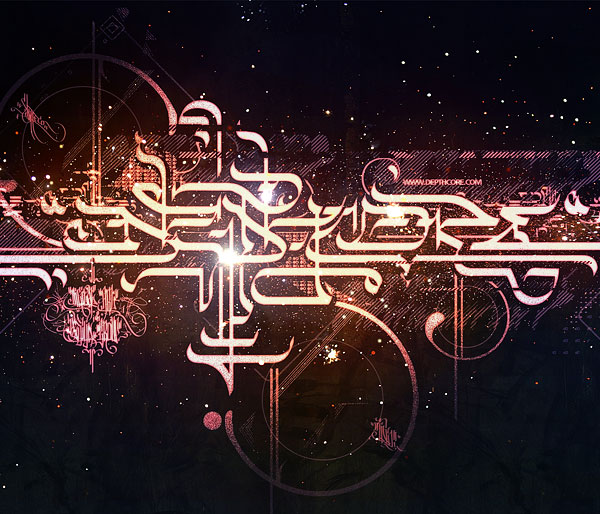 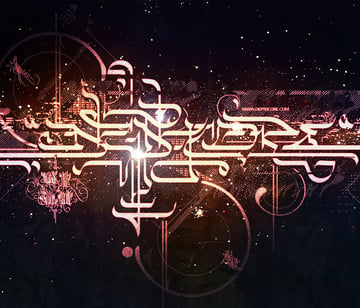 3. A lot of your illustrations incorporate nature and have an overall theme of greenery to them. What appeal do you find in this style and why do you feel comfortable with repeating this specific approach?

Good question. I just love it. The randomness, structures, the colors, all of it. I also like the conceptual side to it. It has a meaning of life and it's a little counter synthetic. Which rules the graphics scene off course, with all the industrial letters and colors, geometric shapes and patterns. Bringing a little bit of nature back I find very important. 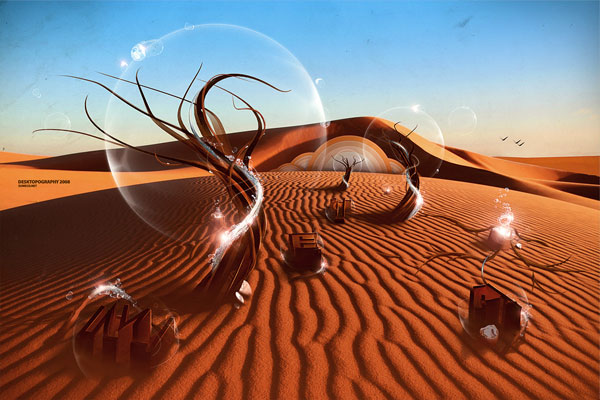 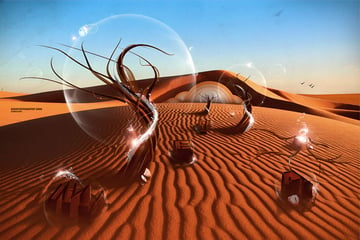 4. You are also extremely talented in designing typographic pieces. Do you approach a typographic illustration different from a painting or photo manipulation? If so how does it differ? 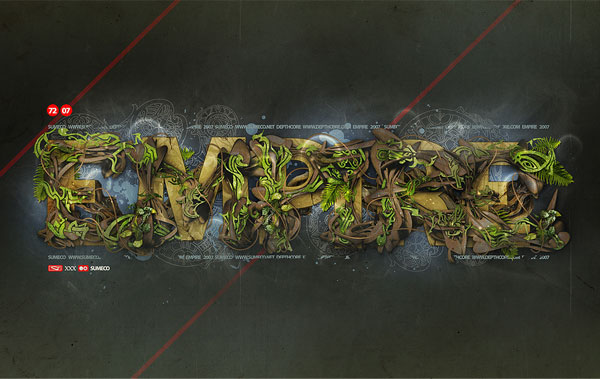 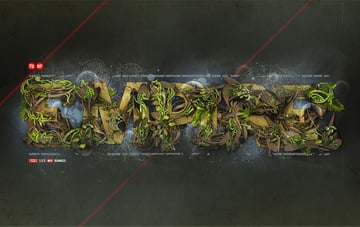 5. "Digital Heroes" is an illustration that quickly grabs the attention of any viewers that come to your portfolio. The amount of detail is astounding as well as the sharp visuals. Please walk us through the concept of this piece and how it was created.

It started out with a pitch I did for a big Dutch music festival. That's actually still the center of the piece. I needed to create a collage about a sci-fi apocalyptic war. The pitch didn't go through. So I decided to give a twist to the concept and make it about the world people enter when they play video games. They take a peak in a world that is much more exciting than their own world. They are heroes in their world. But it's not real. It's all imagination and fantasy.

The piece itself has a combination of large amounts of photo collage and 3D modeling. I started in the center and worked my way to the sides. first creating the center tunnel and the tube structures in 3D. They are the basic fundament part of the piece. The rest was all placed on this structure, trying to balance the left and right out. After creating and putting all the pieces in play. I drew outlines with my Wacom over every element so it became one unified piece.

6. A lot of designers now feel the need to skip out on going to design school because they believe that they can teach themselves everything they need to know. Now because you received a Bachelors in Multimedia, what would be your argument for going to a design school?

That's actually true. You can teach yourself anything you want to know from the internet and books, and just go and do it. But you will need time for that. That's why I took on a design school in the first place. It lasted 5 years. In those 5 years I had the time do my own thing. Experiment and learn everything I wanted. If you're really passionate about design/illustrating you won't have any problem with the school work. You'll have a lot of time to do your own thing. And next to that you'll have a degree after you finish. Which can't hurt. 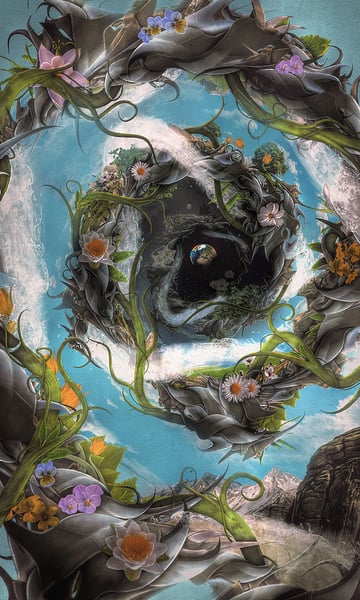 7. What would you say is your biggest flaw when designing? How do you try and correct it?

I think I need to look better sometimes to the little flaws in elements. I overlook some small things sometimes. Most of the time I don't see them till after I finished the piece. Which is too late of course. I try to keep this in mind all the time when I'm working. Always reminding myself I need to look one more time before progressing.

Thank you for having me. I don't think I'm in the position to give anybody advice about how to be a good illustrator or whatnot. You will have to have real passion/power of will and at least a little talent to go far in this scene I think. People shouldn't forget that. 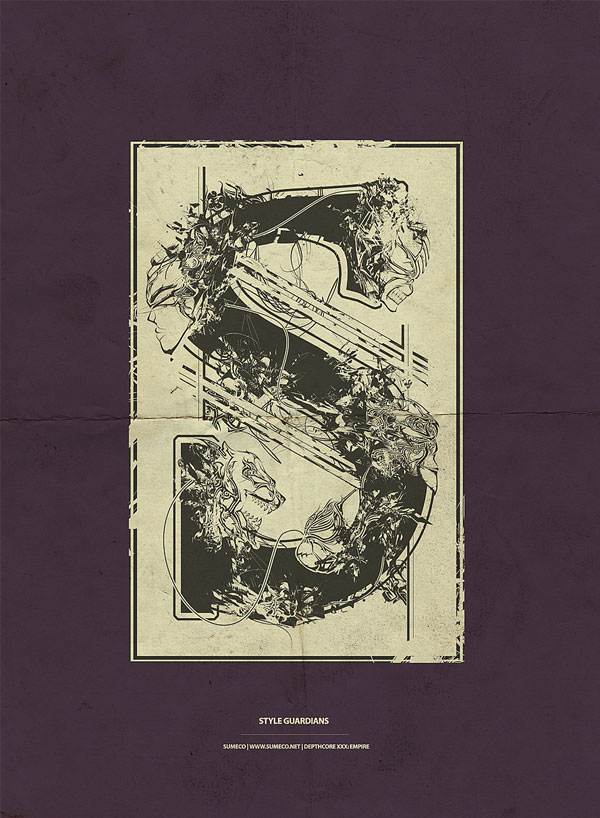 Where to find Theo on the Web