This portrait of a popular superhero captures all of his emotion perfectly. 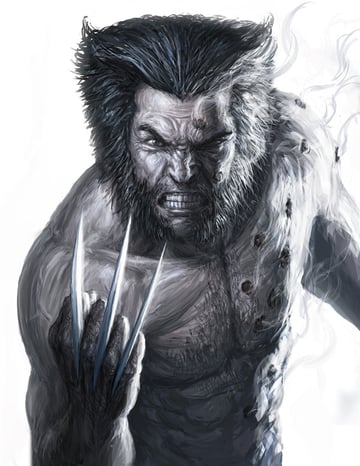 This stunning painting features a monumental battle sequence that encompasses a lot of interesting scenery.

This piece features a gruesome looking hunter that has just caught his prey. The detail in the character is fantastic.

Here is some Spiderman fan art that features a hybrid character who is part Carnage and part Spiderman. 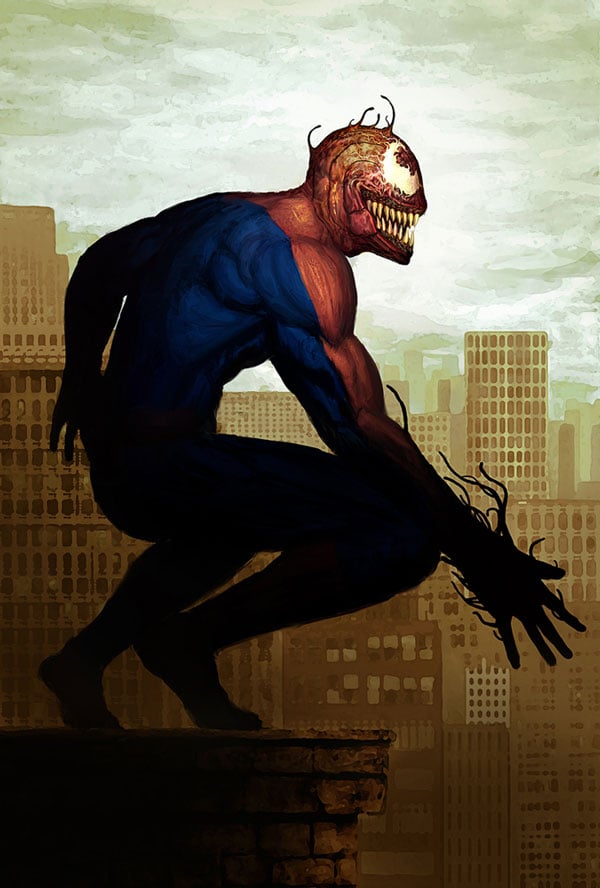 This piece features some interesting looking Sci-fi characters in the middle of a war. 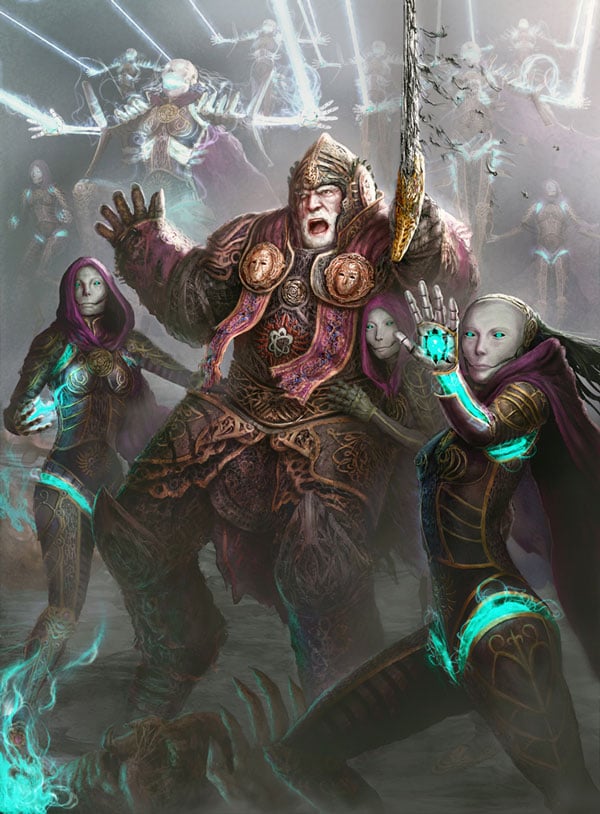 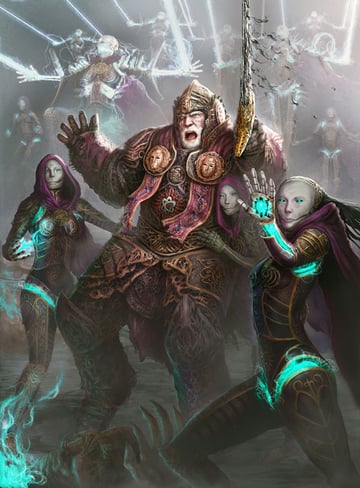 Another Steampunk painting that was made for a CGTalk contest. 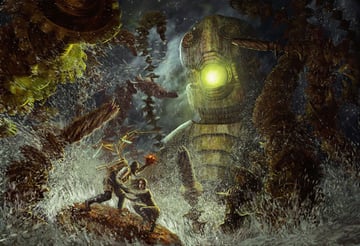 Another war inspired painting that was made for Ubisoft's Assassin's Creed 2 art book.

A very ominous painting of Mr. Raven, another character that is well developed with a rattling expression.

This piece was made for Rifts Create a Colossus contest featured on DeviantArt.

Another horror inspired painting, it was created for the Silent Hill Downpour contest. 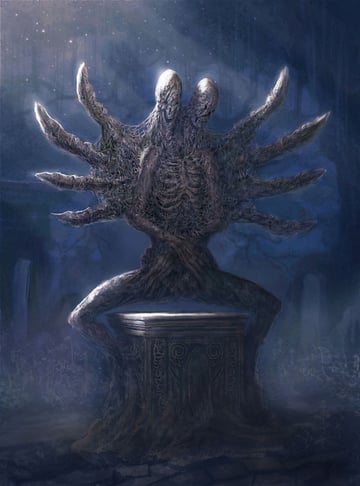 Here is some fan art from the Assassins Creed universe featuring its main character Ezio.

A mesmerizing fantasy painting created for CGhub's Natives of the Lifeless Forest Challenge. 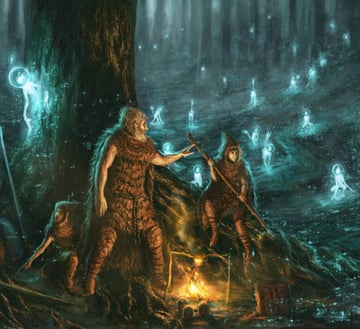 Another entry to Rifts Create a Colossus contest, this time it features the Death Colossus.

This painting of a Vatican cardinal once again shows John's talent for detail and expression in his work. 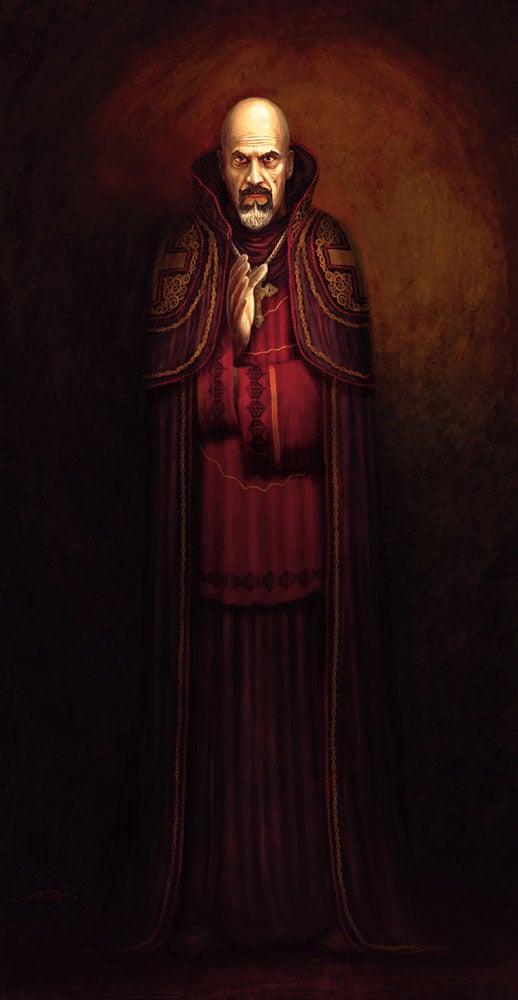 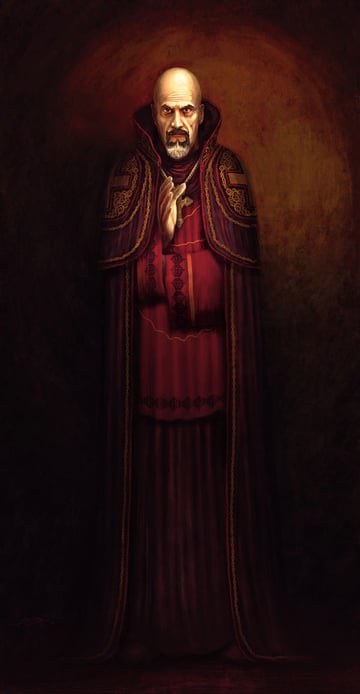 The Mad hatter is painted here for the Picture Yourself in Wonderland contest. 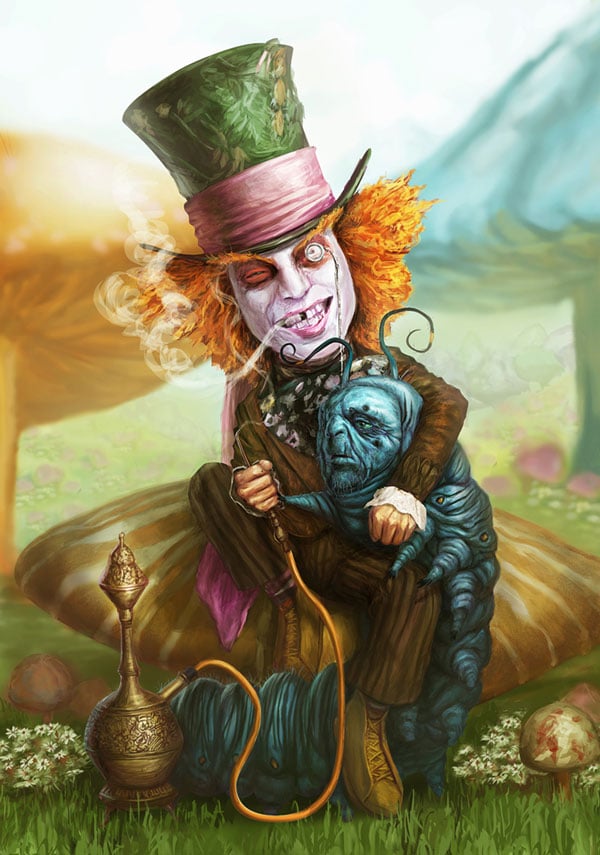 John on the Web