The Incredible and Humorous Illustrations of Jason Seiler

We’ve all seen them. Fantastically illustrated and often humorous caricature illustrations decorating the cover of some of our favorite magazines. What most of us don’t think about however is that many of those illustration are done using our favorite application, Photoshop, by extremely talented artists. Today, we will be featuring the digital paintings of the talented, Jason Seiler. Jason’s illustrations have been featured as covers and interior pieces for TIME, Business Week, The New York Times, The Wall Street Journal, The Weekly Standard, MAD magazine, and many others. Jason also worked as a character designer on Tim Burton's Alice In Wonderland, helping to create such characters as the Red Queen, the Tweedles, the Bandersnatch and more. Please take a moment to view some of his favorite illustrations from is portfolio.

Jason loves to paint real people in real settings. In this piece, Jason painted a scene in a hot dog joint in Chicago, IL.

Great caricatures exaggerate the features of the subject. This caricature of Aretha Franklin, the Queen of Soul exaggerates many of her features.

This painting is a personal project of Jason's from a scene in the film "Big Sleep." 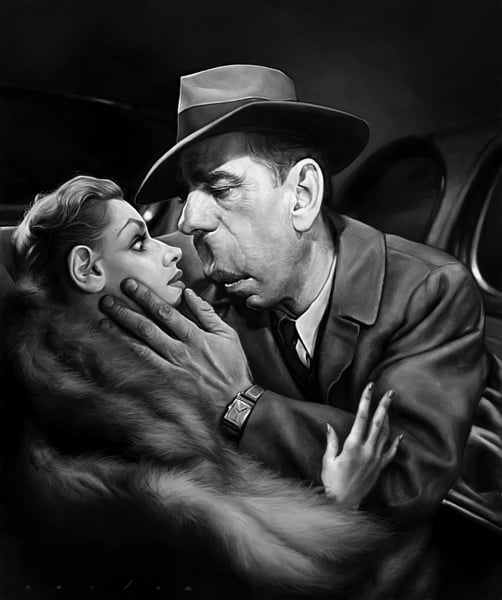 This cover illustration for The Utne Reader is a caricature of everyone’s favorite billionaire real estate tycoon, Donald Trump.

This illustration of music legends Elton John and Leon Russell was done for the Rolling Stone music review section.

Great caricature artists often bring in props to help tell the story of the painting. In this caricature, Jason beautifully illustrates a guitar alongside music legend Elvis Costello. 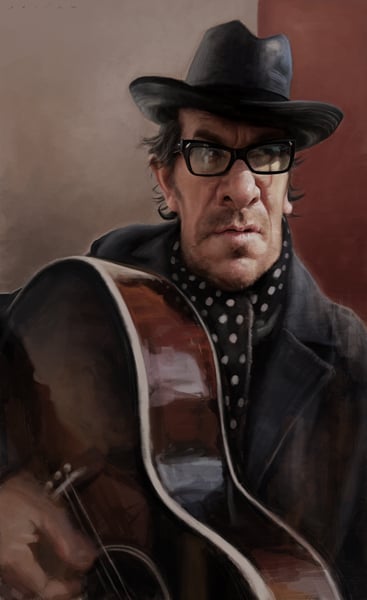 This portrait of Pulitzer Prize winning author Frank McCourt was done for The Weekly Standard for an article about his life. 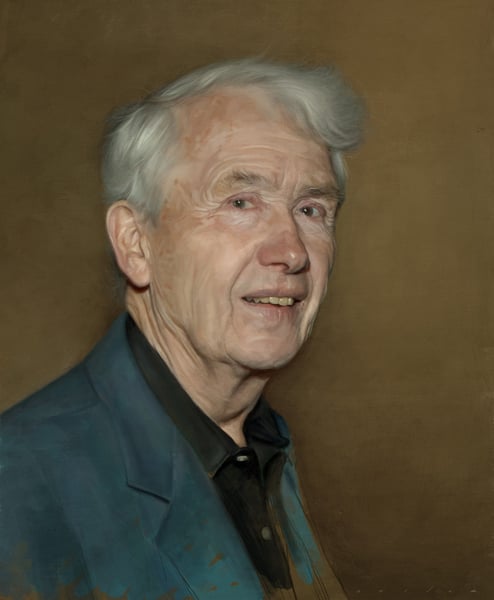 This hilarious illustration of Star Wars creator, George Lucas captures the filmmaker perfectly, exaggerating all the elements that most of us think of when we think of the legendary filmmaker. 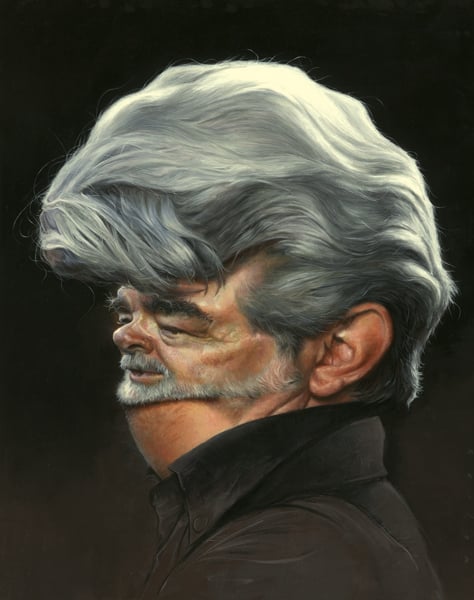 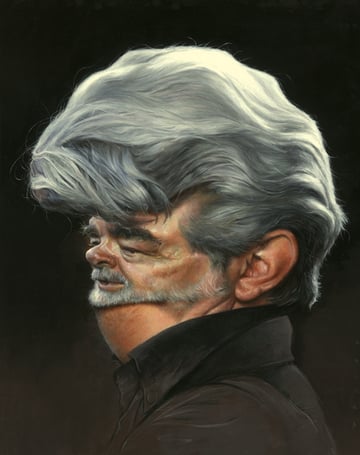 Leonardo Has a Big Head

Leonardo DiCaprio has a huge head in this funny illustration of the Titanic actor. 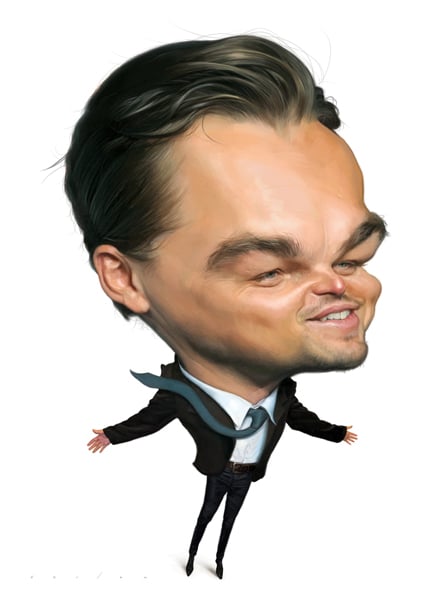 This illustration of Lil Wayne was done for the music review section of Rolling Stone Magazine. 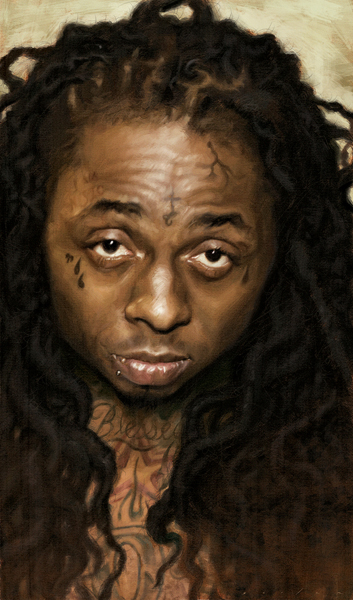 With lips like those, its no wonder Rolling Stone lead singer Mick Jagger became a singer. 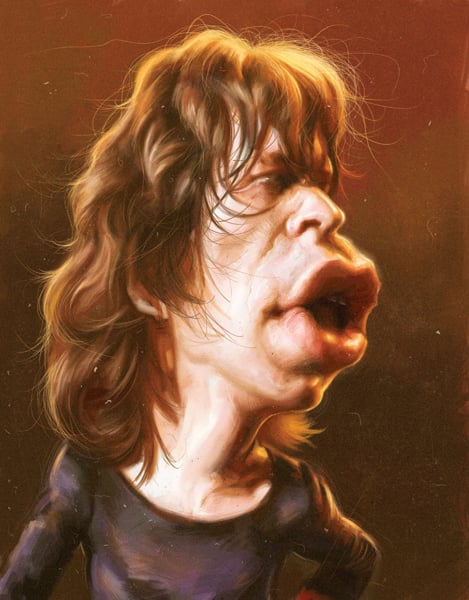 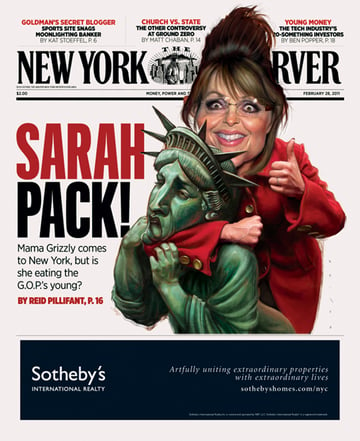 Painted for the cover of the New York Observer

What advice do you think Yoda would give Axl Rose? This illustration for Revolver Magazine includes fire, Guns and Roses front man, Axl Rose, and everyone’s favorite Jedi Master, Yoda. 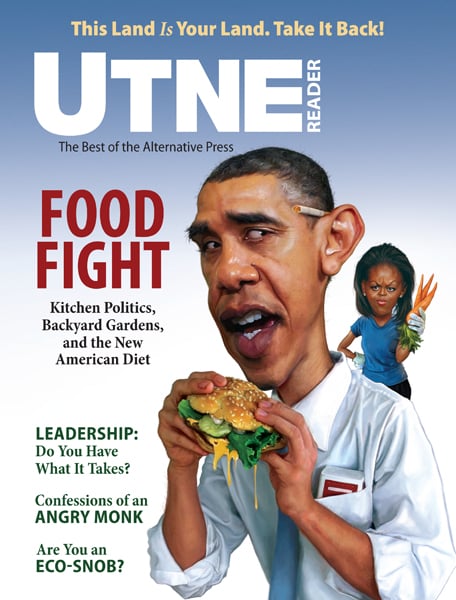 Cover painted for The Utne Reader.

This painting of Jason’s wife, as a vampire was a personal project of his.

This illustration of one of Jason’s favorite bands, The White Stripes was done as a personal project. 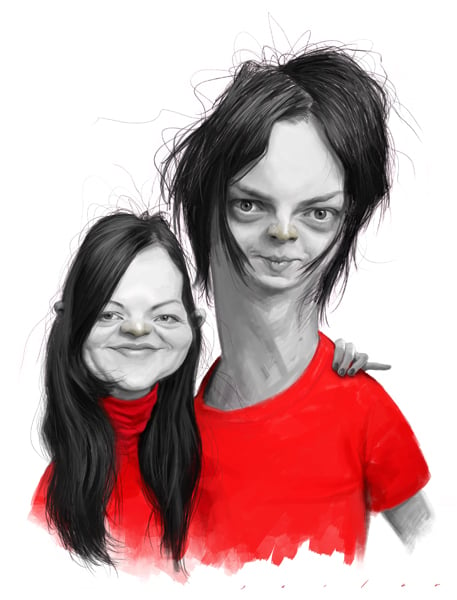