The History of Matte Painting - Basix

In this article I will give the readers a little glimpse into the history of Matte Painting. What was once used only on movie sets is now used by many artists as a specific design style. I enlisted the help of three amazing matte painters to give their opinions on a few topics I threw at them. So, if you are into matte painting or just want to learn about it, then start reading this article.

The connection between paint and canvas can be traced back to the dawn of civilization, and while the world was evolving, so was this bond that has now sprouted hundreds to thousands of offspring. The one descendant of traditional painting we will be focusing on today is Matte Painting. The origins of this discipline can be traced back to as early as 1905. What was once only used in films has now become a signature design style for many artists. And what was once created by hand, painting images on glass is now created via tablets and computers; specifically to aid in the engagement of environments in the majority of our favorite movies. We will now be hopping into a theoretical Delorean and traveling to the past, as well as the future of this prominent genre of design.

Limitations, whether they be financial or physical are to blame for the conception of this genre. About a hundred years ago movie studios weren’t willing to shell out millions of dollars to shoot in remote exotic locations. On top of that, it would be impossible to find an on scene location to shoot a movie like Star Wars. Luckily in 1905 a man by the name of Norman Dawn developed a technique that joined together a Photograph and a Painting to enhance the environment that is being shot by the camera (Wikipedia). Dawn, a photographer himself, took his photos and paintings and placed them on a large sheet of glass. Black tape was then placed over the parts of the camera where the painting would go. After the camera was positioned properly the live action scene would take place. What resulted was a union between a simple painting and actual live scenery. Below you can see some images of the earlier matte paintings that were created. 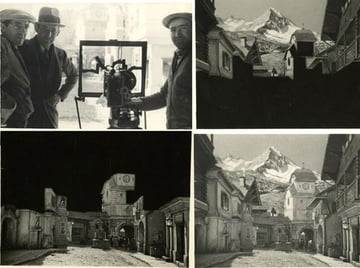 The earliest Matte paintings were all either created by hand or mixed with photos; but about 80 years after Dawn's brilliant idea came another milestone in the styles history. With the advancement of the computer and its programs came something we now call Digital Painting. This type of painting gave images a much more realistic look, and painter Chris Evans was the first person ever to create a digital matte painting that would be used in a film. In 1985 Evans blended a scanned image with digital painting to create an ultra-realistic scene that was placed in the film Young Sherlock Holmes (Wikipedia). This paved the way for the type of digital matte painting we see today.

Some of the most notable matte paintings came from movies like Star Wars, Planet of The Apes, The Wizard of Oz, King Kong, and Indiana Jones. Below are just a few shots of the aforementioned films. 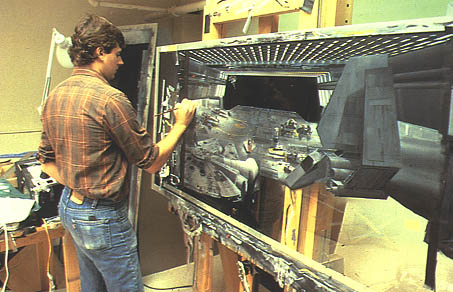 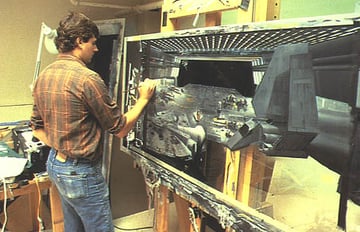 Let’s take a little detour on our trip and stop focusing on Matte Paintings in films. This genre has been adopted by many artists who don’t necessarily create these paintings for use in movies. Matte Painting has become a signature style of some designers who prefer making these types of illustrations over anything else. With the Internet being an endless well of content, designers can easily find any stock photograph they want to integrate into a matte painting. Wacom tablets and Adobe Photoshop also grant artists infinite possibilities when it comes to what they can paint. 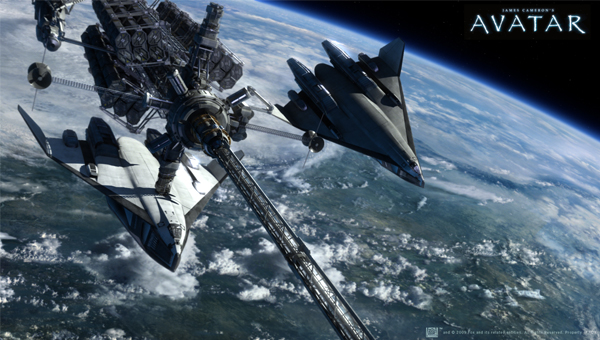 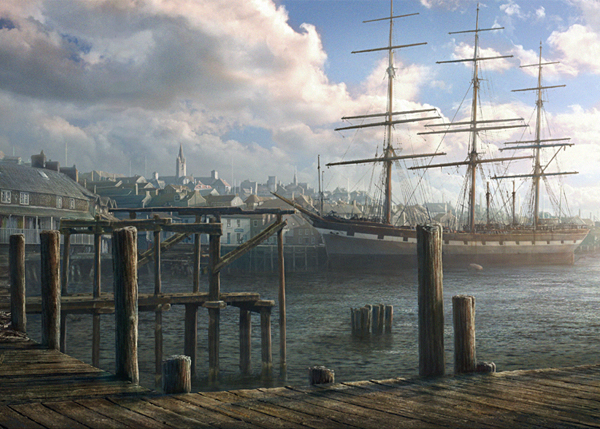 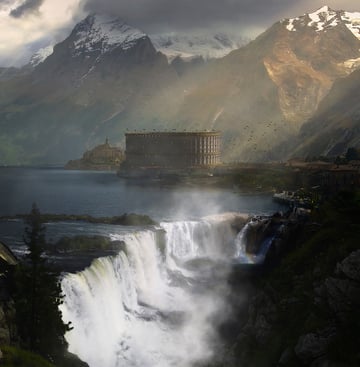 Films now are teetering on the edge of becoming fully CG. All movies that require some kind of fictional scenery are now made in front of a Green Screen. Recently another dimension of art has come into play and it might mean the extinction of matte painting in movies. The new age of matte painting is seen as one that works in conjunction with 3D images. Many artists have adapted and began learning how to use 3D environment programs such as Vue or Terragen to create scenery shots that they can later blend together in Photoshop with photographs using various painting techniques. A small glimpse into how 3D merges with matte can be viewed in this this two part video; it is a look into the CG and Matte Painting use in a little movie called Avatar. 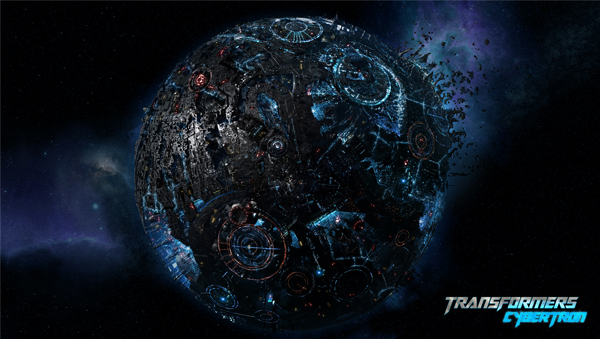 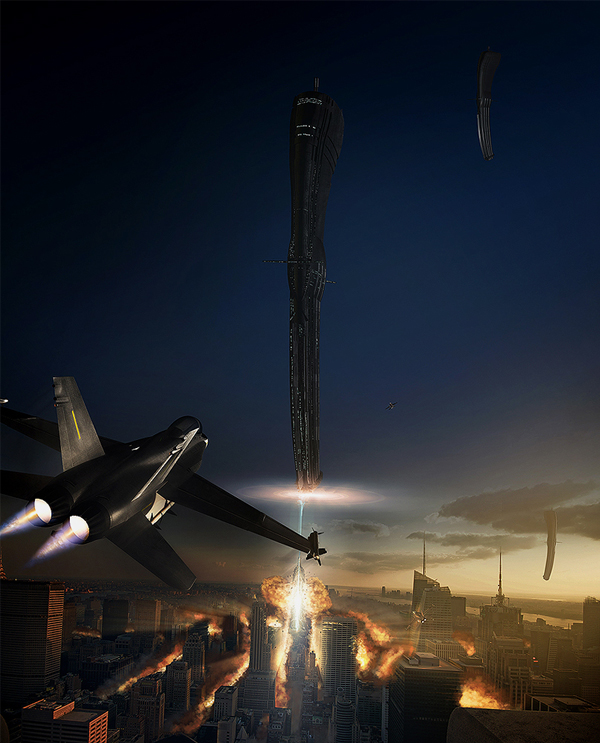 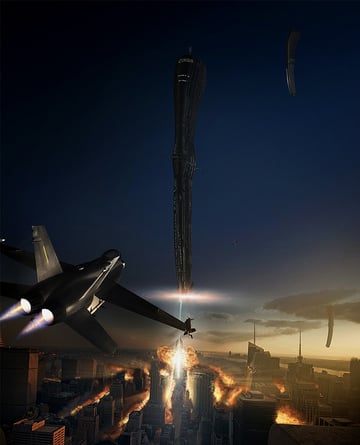 Be sure to check out the portfolio's of these 3 amazing matte painters. 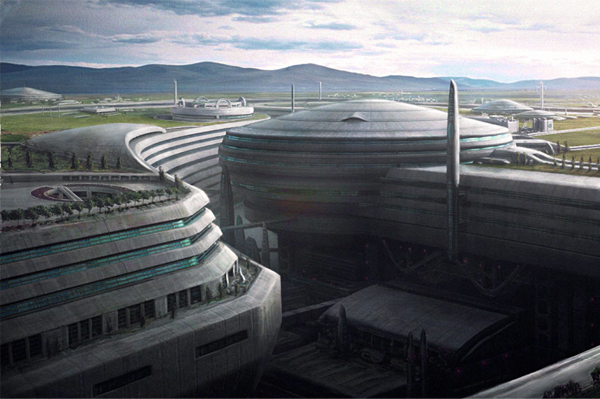 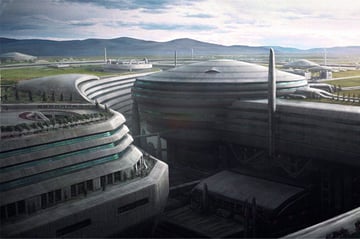 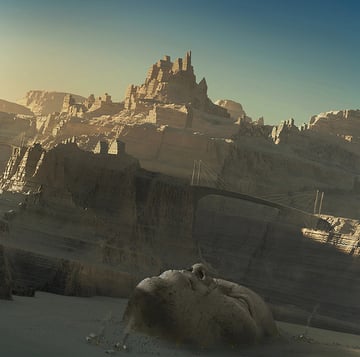 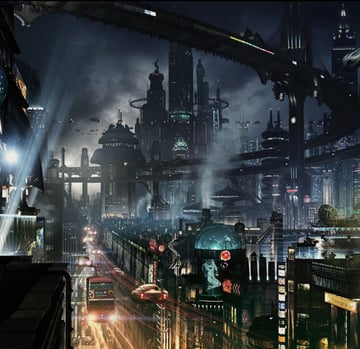 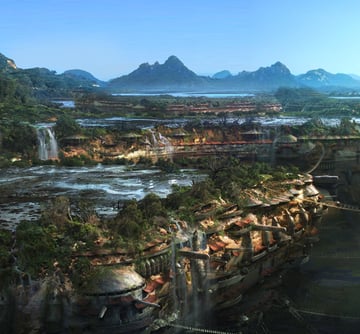 If this article left you inspired to start creating some of your own matte paintings then check out these tutorials below. 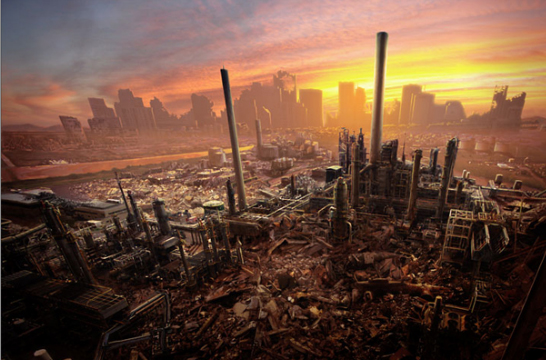 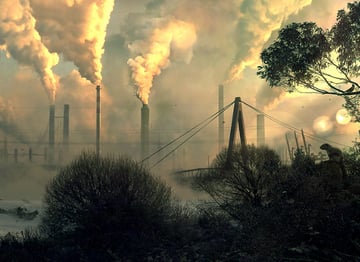 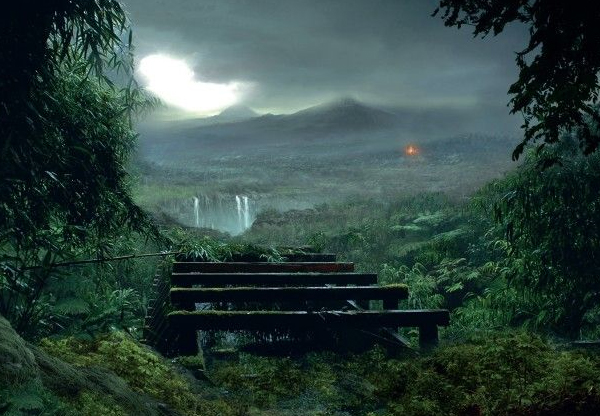 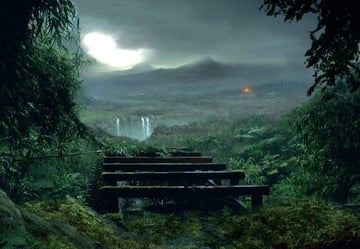 Making of The Lost World

Making of The Lost World