The Artwork of Jeff Huang

In late 2008 we introduced you to the work of Jeff Huang. Huang is a designer and Depthcore artist living in New York City who specializes in digital illustration and photo manipulation. I recently had the opportunity to meet Huang in person at the Depthcore Exhibition in Soho. Since it has been a while since we have featured him on this site, we decided to show you some of his most recent works. Please take a moment to review what Huang has been working on over the last 3 years.

This was an illustration to promote 02's new HotShot Wifi device. Main attractions featured in the illustration are from Southern Ireland. Created mainly with photo manipulation, with some 3D elements.

This illustration was created as a final product of a tutorial for Advanced Photoshop Issue 64. The tutorial covers 3D techniques that were used to create and composite images like this. Elements modeled and rendered in Maya, composed in Photoshop.

This piece was a personal priece about a confusing time in Huang’s life. Look closely...there are no duplications or simple flips in this 'mirror' image - lots of time was spent to make sure of it. 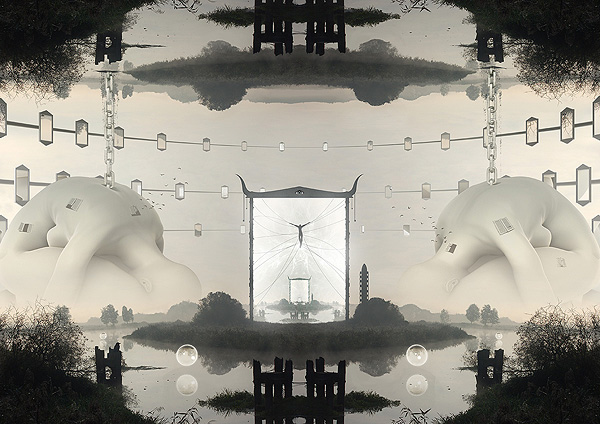 Conceptual Illustration for Depthcore XL - Mythic. I've always wanted to create a female character with a giant scythe...Sketched on paper, scanned and painted in Photoshop.

Illustration created for trading card game - Chaotic. This card is called "Ostinato of Obanemre." 3D modeled and rendered in Maya, composed in Photoshop. 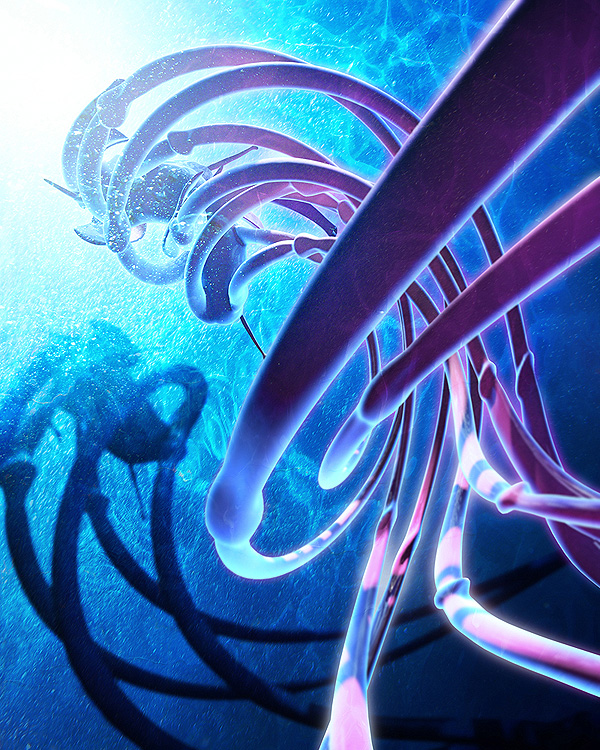 Frame illustrations for Comcast Go project. There were several different themes involved, each in a different environment. A mix with photos, digital painting and 3D elements.

An illustration for HBO to promote a boxing match between Klitscho and Haye. Studio shot images were provided. The aim was to make them "men of steel." 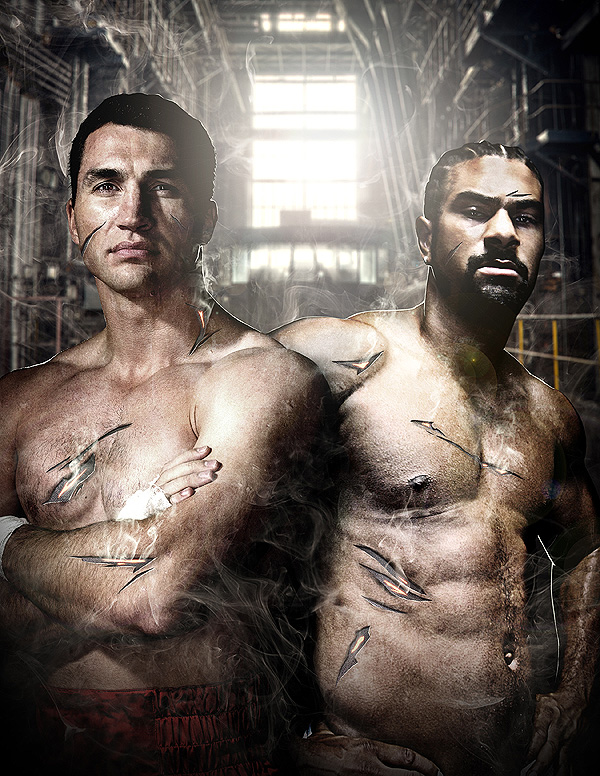 Illustrations for Hyundai's Live Smart Campaign to be used for YouTube. The evolution of the floating land happens when more viewers visit the page. The environment will also go from Day to Night according to your time zone. 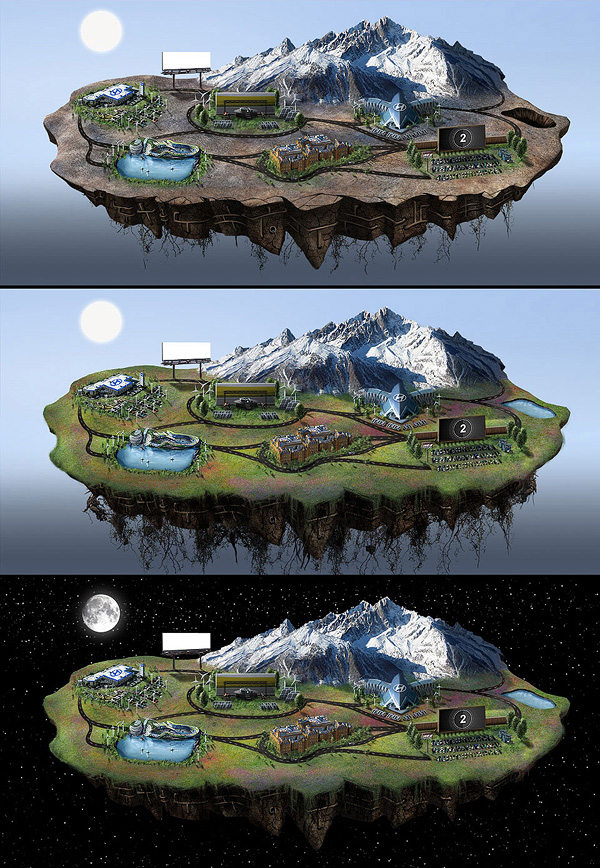 Cover illustration created for Telecoms Magazine. The concept is that sim cards capacity are greatly increasing and sooner or later we would be able to fit an entire city into a single sim card. 95% done in Maya, touchups and color tweaks in Photoshop. 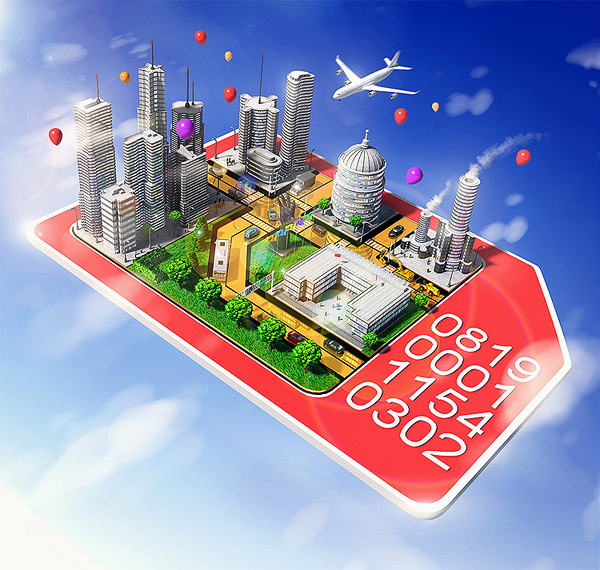 Page spread and cover illustration for Insurance Times Magazine. The 1st illustration was the initial concept, but the 2nd image was the final one used.

Print illustration campaign to promote LateRooms and their services. The client has asked to create mini-worlds within bubbles, each one symbolizing a different type of hotel in their services. Seen here, are two of those worlds. 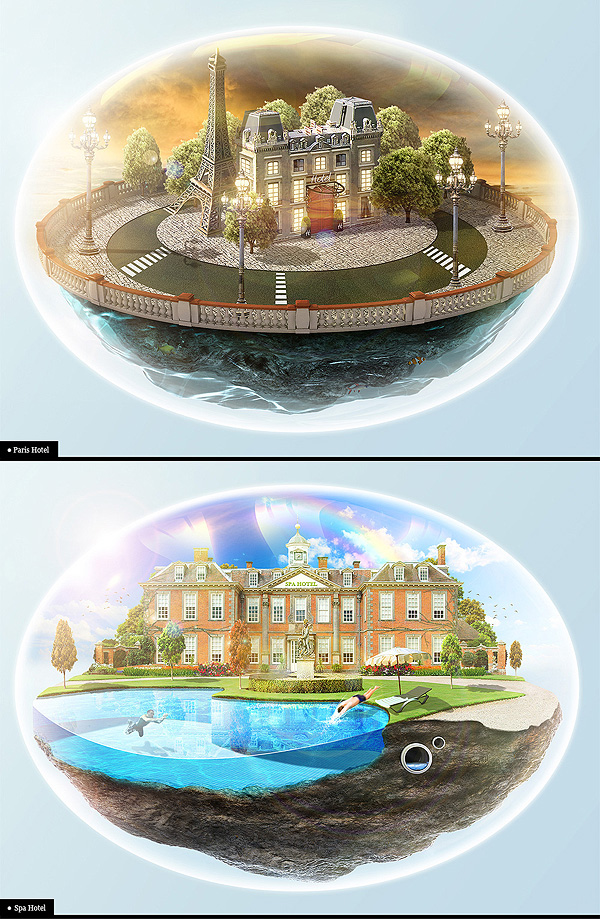 Parade of the Dreamers

Personal print illustration and submission for Desktopography 2009. Mostly done in Maya, touchups and tweaks in Photoshop.

A submission for Depthcore XLI - Mirror. Pestilence is one of the four horsemen of the Apocalypse. This piece is a reflection of humanity, diseases, and death. 95% 3D, and touchups in Photoshop. 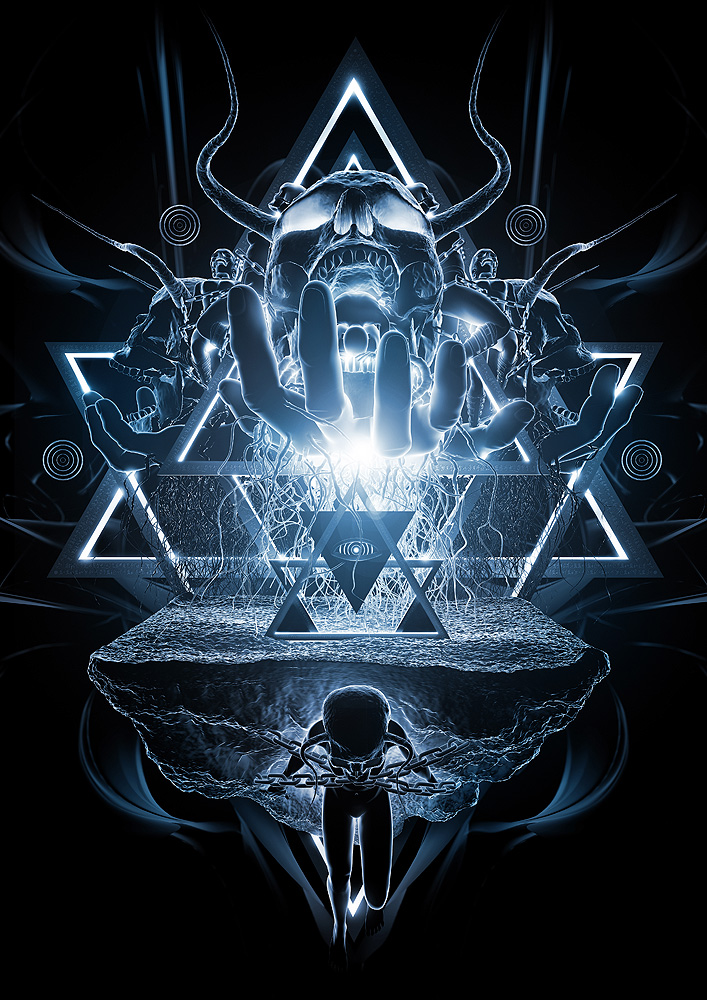 Latin for 'Rebirth'. Imagine - in the future, the souls of the undeserving dead could be captured and maintained, as systems are set to re-create their physical bodies at any given stage of their life. Rebirth will be possible. Created for Depthcore and also as an entry for UUTheory's "number 9" contest. 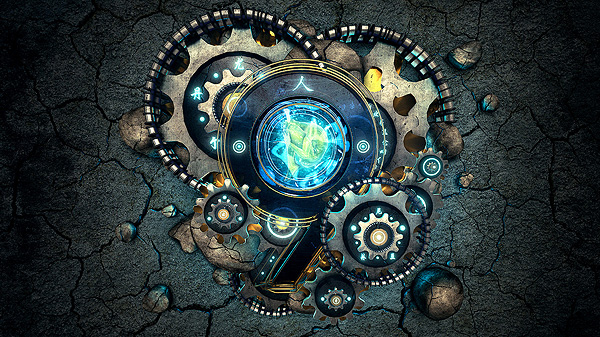 Experimental illustration targeting current ad campaigns. A mixed of 3D, photos, and digital painting. It was so fun to make!

Personal artwork, in memory of my close friend's grandma who passed away. She watched me grow up, so she was much of a grandma to me as well. She was always so kind and loving. Watching her wither away slowly was painful, but I know she is in a better place now and I'm happy that she has found her wings. 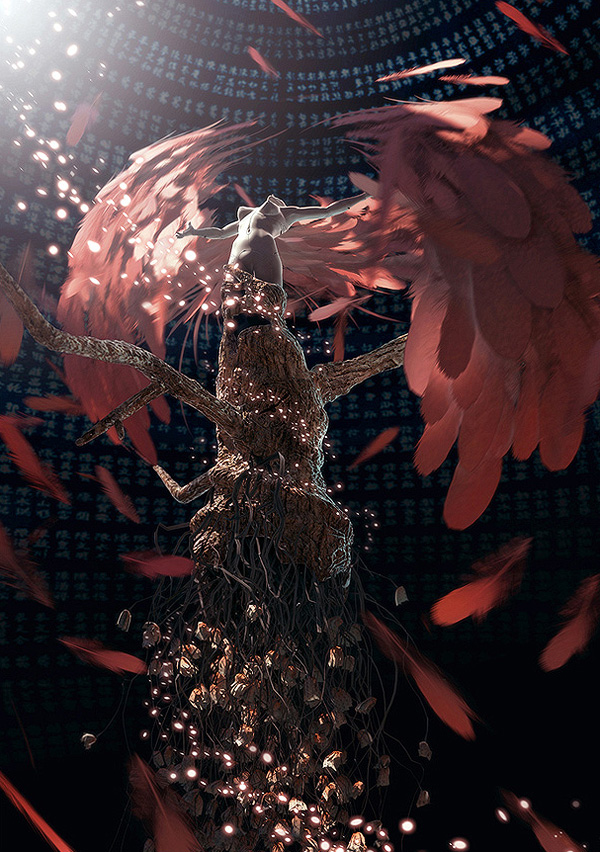 Collaboration with the amazing Nadia Huggins. The concept is that everyone is born innocent and pure, but sooner or later, we are forced to put on a mask (facade) in order to blend in with the world some way or another. We never really know who someone is even if we think we do. People can be deceiving, and we can never be sure if it's one's true self that we are having a relationship with, or if it's just another mask. We may think that we truly know someone, but...how can we be sure? 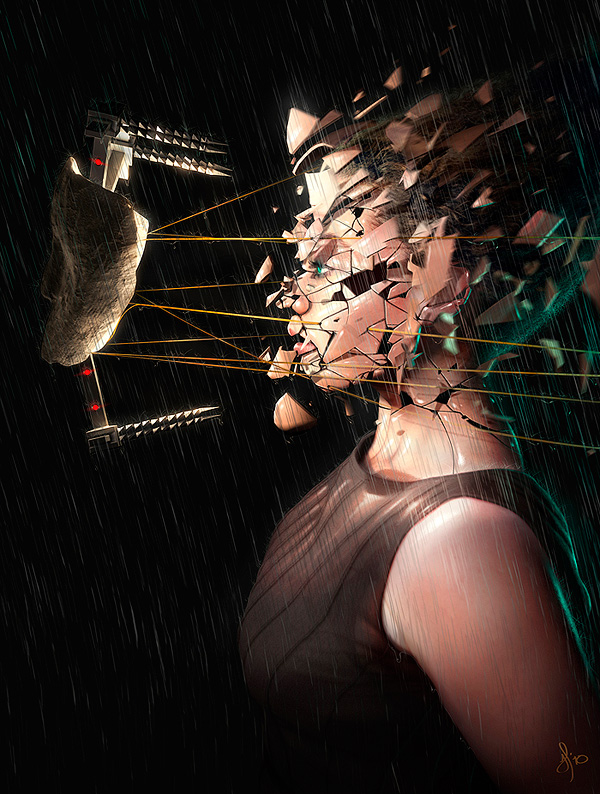 Print illustration created for the MyTouch NBA Campaign. The theme for this was the Orlando Magic.

Grant Friedman
Grant Friedman is a veteran blogger, social media manager, design enthusiast, and photographer. Grant is a former editor of EnvatoTuts+ (formerly Psdtuts+) and Editor-in-Chief of Layers Magazine. Grant now works as a photographer and filmmaker covering the fashion and beauty industries.
grantfriedman
Weekly email summary
Subscribe below and we’ll send you a weekly email summary of all new Design & Illustration tutorials. Never miss out on learning about the next big thing.
Advertisement
Translations