The Art of Currency: Unique Notes From Around the World

Just about everyone carries around small pieces of art in their wallet; most people don’t realize it. Almost every nation uses currency that reflects their nation’s heritage or culture. This can be done in several ways. Some depict their founders; others depict a national symbol or landmark. Either way, national currencies throughout the world are as diverse as the people who live on this planet. In this article we will showcase several of the world’s most unique currencies.

We start off our trip around the world with Australia's currency notes. All of the notes feature some prominent figure in the country’s history and they are surrounded by significant imagery that pertains to the countries origins. As for the design itself, it is busy but the colors are very simple and soft and the wireframe designs in the background really tie everything together. 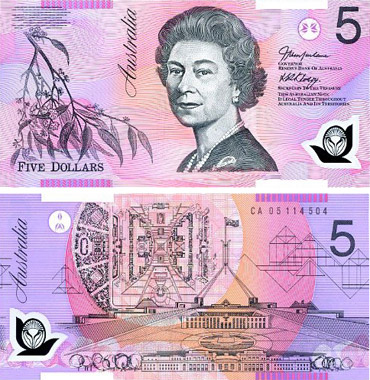 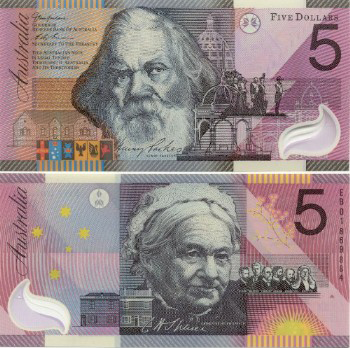 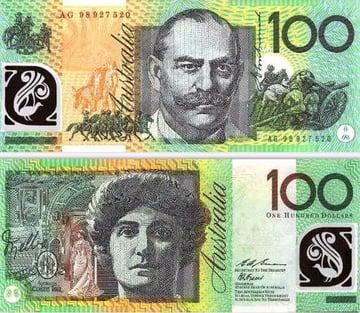 The Florin which is Aruba's currency definitely reflects the tropical setting of the country. Each note has a different staple of the tropical setting like a seashell or animals that are local to the area. This simple design really goes a long way because the tribal vector shapes work well with the centered design of the animals. 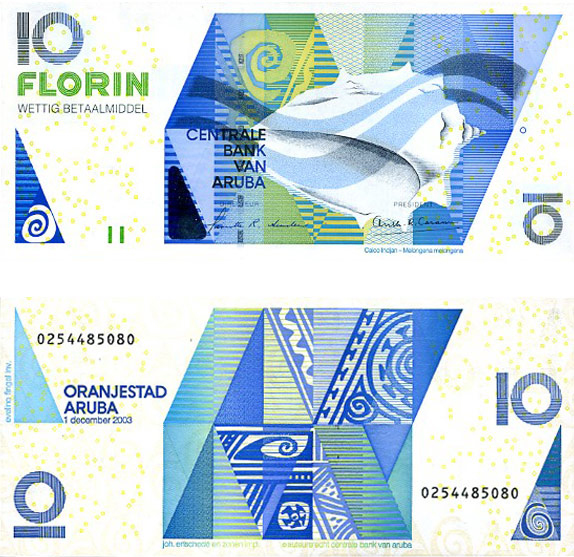 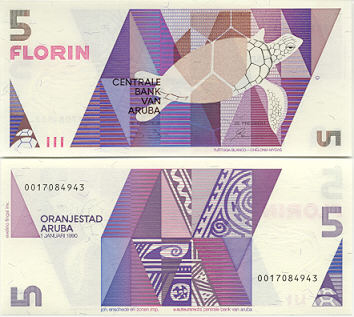 This currency note for the Polynesian Islands is definitely indicative of the surrounding environment. This currency note feels extremely organic and not digital at all like other notes. This ties it very well with the fact that this country is a set of small tropical islands in the pacific; the imagery in the bill definitely gives off a relaxing tropical feeling. 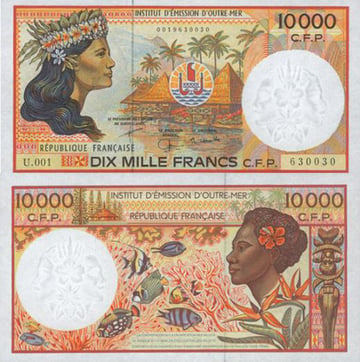 This bill is very similar to the one featured above. The currency for the country of Comores gives off the same organic aesthetic to its design that almost looks painted. This old fashioned look sets this currency apart from the abstract fractals and vector designs of some other countries featured in this list. This type of design is definitely a refreshing look that isn’t necessarily modern.

From the name of the Cook Islands you can already envision a lot of beach imagery and that is exactly what’s delivered in some very colorful currency notes. The first bill featured is a unique take of what looks to be a mermaid riding a shark, who wouldn’t want that on their currency? The other bills featured have some tribal imagery spread throughout which probably pertains to the countries history. All of the notes feature a gradient of soft colors as well as interesting patterns that tie together everything you are looking at.

Out of this whole set the first bill featured would have to be my favorite in terms of overall aesthetic and design. The base purple gradient spread out over this Hong Kong bill just matches perfectly with the bright colors of the text and geometric designs. This is a very nice modern look that doesn’t feature any specific person or monument but still brings a nice feel to the whole note. The second bill featured is probably not in circulation since it is merely a commemorative bill, but it serves a nice contrast to the first bill featured. 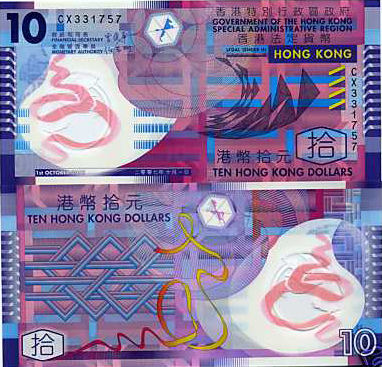 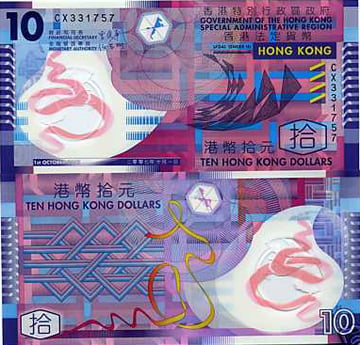 This Indonesian bill mixes some of the elements previously talked about in the earlier bills featured. The front of the note has an important person to the country mixed with some geometric abstract designs, but the back of the notes features a more organic look at the actual country with some nice painted scenery.

The Japanese bills take an interesting design strategy that mixes a set of different styles and compact it all into one decent looking note. The base of the bill features national landmarks on one side and important figures on the other. But what ties them all together is the best part, this ornate imagery really brings the essence of the bill out. The geometric patterns and flowers on this bill really make for a nice cohesive illustration that visually works great as a currency note. 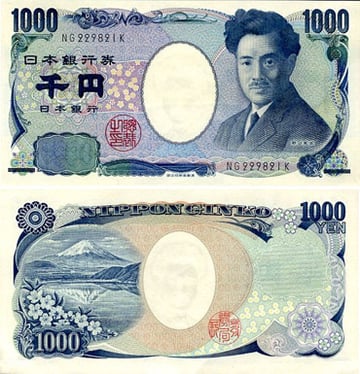 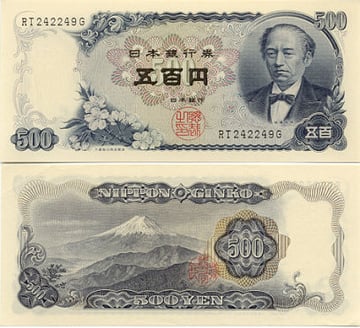 The Maldives, another country set in the tropics, features some of the most colorful imagery we have seen in this whole set. The soft gradient in the back sets for a toned backdrop for the sharp patterns and images set in the middle of the bill. The amount of detail put into the patterns is also something to look at because they are a lot different from any of the other ones featured, this is definitely one of the more unique sets of bills in the set. 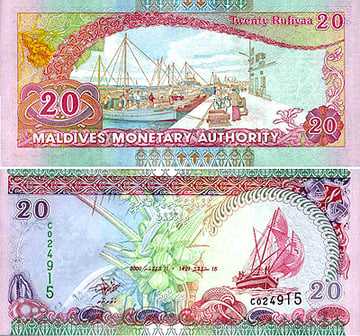 New Zealand has an interesting set of notes that feature some common imagery of the country. They take a very simplistic approach to the design of this set of bills and don’t go all out, just a simple illustration of the staples and natural wonder of the country is enough for them.

The Kroner which is Norway’s currency takes a great approach in the design sense by combining geometrical patterns with natural images like a pond or a forest. The colors of both work extremely well with the whole aesthetic of the bill, which makes for a great overall design.

The colors on this bill aren’t as bright and vibrant as the rest of the set featured in this post but the overall aesthetic of how the patterns fit with the tropical bird make for another great piece of currency.

Colorful and heavy on detail are a few ways to describe these Surinamese bills. Another tropical country that is proud to display their various types of animals and national landmarks on their bills. The last featured bill might be a little bland in color compared to the first two but it definitely makes up for it by the central collage of images that looks seamlessly put together. 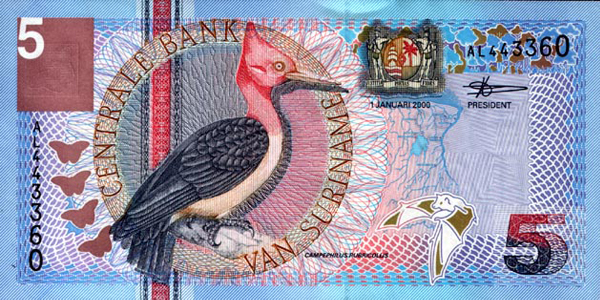 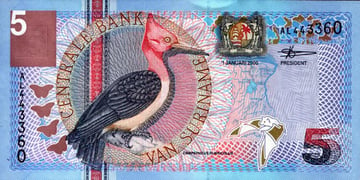 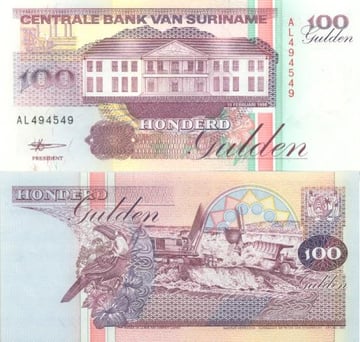 Switzerland probably takes the most modern approach to their bills seen in this set. The bills feature all types of geometric patterns with bright vibrant colors and an image of an important national citizen that looks slightly pixilated. This is a nice unique look that revitalizes the art of making currency for a country. 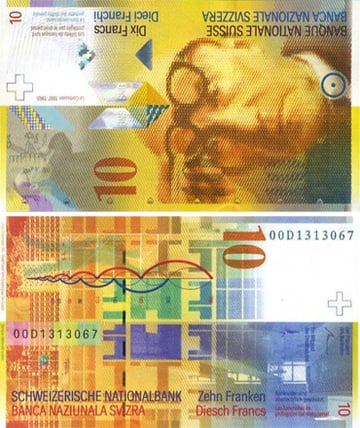 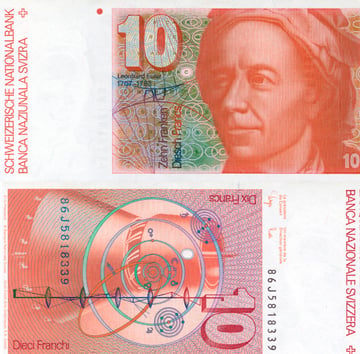 We end the roundup off with the currency note for Thailand. What really works in this bill are the extremely soft colors that make for a very good backdrop for the images that are lying on top of it. The gradient on the patterns also goes perfectly with the soft purple to pink gradient seen in the back, the colors on this bill are perfectly in harmony with each other and all of the imagery on top of that also works with what’s under it, overall a very good looking bill. 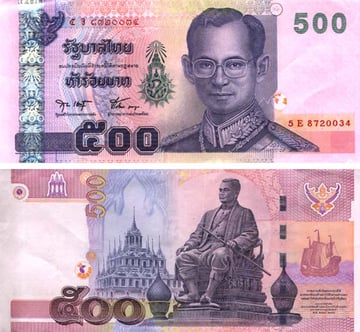