Software Assisted Illustration in the Form of Information Visualization

Thinking about illustration inevitably calls to mind images of pencils and sketchpads and an analog, old-school creative process. There's a certain charm to hand-drawn images, an intimate bridge between artist and page. But the digital age has brought its own magnetism to the illustrative process, liberating artists to do more than they ever could before and offering an entirely new platform for self-expression.

This software-assisted creative revolution has done wonders for the ease and efficiency of the production of illustration. But it has also enabled a much more powerful conceptual shift in not merely how illustration is done, but in what its subjects are, creating entirely new disciplines of software-enabled illustration and new areas of interest for creative self-expression.

The Recent Growth of Data Visualization

One of the most exciting creative disciplines of the past few years is data visualization  the graphical representation of information and data patterns. Artists have flocked to this space previously occupied by statisticians and filled with bland, unseemly pie charts and bar graphs, bringing to it a new kind of creative, software-assisted storytelling that truly makes information come to life, tickle the intellect, and capture the imagination. 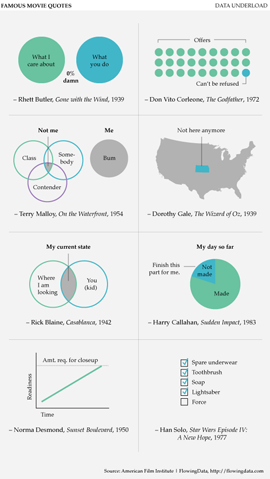 Software has played a pivotal role in making this possible, throughout the full range of practical production and creative conception. The entire spectrum of illustrative data  from static infographics to ambitious dynamic visualizations  relies on one kind of software or another.

More primitively, artist and designers are using simple infographics, designed with vector editing software like Adobe Illustrator, to combine statistical information and typography in telling stories about anything from useful factual information and visual quantification, like the growth of food stamps, to humorous pop culture commentary, like Nathan Wu's infographically illustrated famous movie quotes. (Though, as this witty and self-referential meta-commentary on the discipline illustrates, not all work in this field has artistic merit).

Of course, infographics are not a new discipline at all  they're a staple of print history, found on the pages of the earliest newspapers and the most prolific vintage magazines, like these wonderful infographics that appeared on the pages of Fortune in the 1940's. But what was once created painstakingly with manual drawing tools is now brought to life with ease and seamlessness thanks to digital tools that have democratized the field and allowed a new generation of creators to dip their toes in water of a previously prohibitively labor-intensive discipline.

Illustrative Self Expression with Software Assistance

More and more, digitally illustrated infographics are becoming a self-expression platform that combines quasi-factual information with a wink to an amusing and creative effect. Artist Nicholas Felton, for instance, illustrates highlights from his everyday life over the course of the year in his Feltron Annual Report, an infographic portrait featuring everything from miles walked to meaningful conversation had. Such projects clearly shift data visualization away from its dry statistical roots of utilitarian information and towards a creative self-expression platform that uses the visual conventions of the medium  charts, graphs, and other proportion-based representations  to tell a story or illustrate a point the artist is trying to make, essentially the central premise of all illustration.

This, however, is barely the tip of the iceberg in considering data visualization from an illustration perspective. There is another kind of software that enables illustrative data visualization not just aesthetically and production-wise, but also in terms of content: Computational software.

This, however, is barely the tip of the iceberg in considering data visualization from an illustration perspective. There is another kind of software that enables illustrative data visualization not just aesthetically and production-wise, but also in terms of content: Computational software. If vector editing programs are the digital extension of the artist's sketchbook where creative execution takes place, computational programs are the digital extension of the artist's brain, a stage for much more conceptually ambitious creative vision and a new breed of efficient execution.

Processing, the open-source programming language created by MIT's Ben Fry and Casey Reas, is by far the tool of choice for visualization for artists working with more complex data sets that couldn't be processed or illustrated manually. Some of the most skilled and visionary artists in this medium create fascinating and visually stunning work that looks like intricate hand-drawn artwork, but is in fact a software-generated representation of hard statistical data, which the artist has styled with programming code to reflect his or her aesthetic vision.

Artists have always been the ones to try making sense of cultural concerns, social issues and the world at large. As more and more information becomes available to us, there's a need to not only make sense of it but also relate to it, grasp how it fits into our own lives. Over the past year, the open data movement and the cultural demand for transparency have unleashed massive amounts of public data, with governments in the UK and US launching their own data portals and major cultural institutions like The New York Times and The Guardian opening up their API's to give developers access to decades worth of archival data. Artists have leaped at the opportunity to illustrate this information in ways that create meaning out of incomprehensible data sets, using software and programming to create code-driven artwork that not only stuns visually but also illuminates intellectually.

Aaron Koblin is one of the chief creative pioneers of such software-assisted information visualization. His Flight Patterns project illustrates air traffic across the United States with graceful, beautiful artwork based on actual TSA travel data visualizing aircraft models, flight routes, and altitudes. 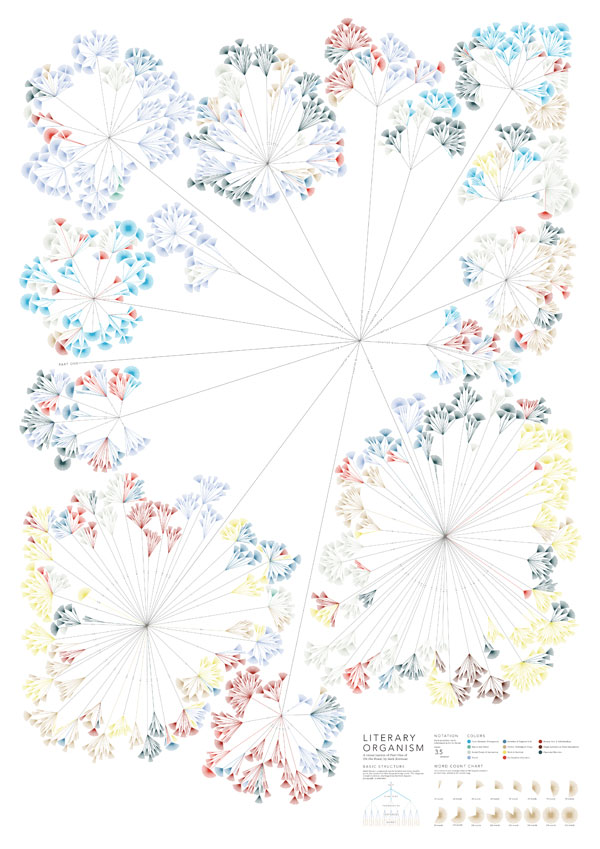 Visualization duo Martin Wattenberg and Fernanda Viegas, based in San Francisco, continually push the boundaries of what data visualization can do with projects that illustrate anything from the color composition of fashion photography to the history and culture of Wired magazine. 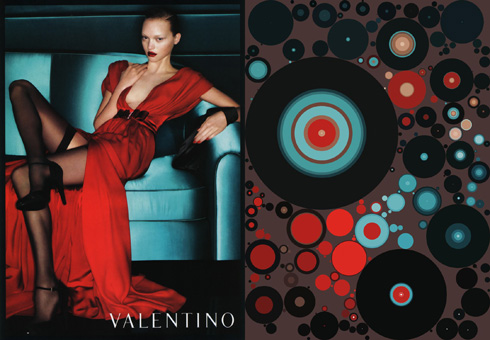 The Convergence of Artist and Algorithm

These software-enabled artistic explorations of information transcend the singular appeal of traditional illustration and engage the viewer on two levels  aesthetically, in appreciating the illustrative qualities of the work, and intellectually, in understanding the data patterns that it represents.

Artist and algorithm converge to tell the story of the data visually and captivatingly, in a way that neither pure manual illustration nor unguided algorithmic computation could. As data continues to proliferate, artists will  as they always have, in the history of human civilization  be the ones to lead the way in creating a visual language around it, one that illustrates and illuminates the realities of the data, much like traditional fine art has always reflected on the cultural realities of its time.

Maria Popova
Maria Popova is the editor of Brain Pickings, a curated inventory of miscellaneous interestingness. She writes for GOOD Magazine and Wired U.K. and spends a shameful amount of time on Twitter.