Another extremely talented designer by the name of Leonardo Dentico has volunteered to create an exclusive wallpaper for the readers of Psdtuts+. This month’s exclusive wallpaper features a very cool surreal illustration that is perfect for a desktop wallpaper because of the beautiful scenery included. So make sure to check this out, download the wallpaper and then view Leonardo's other art. 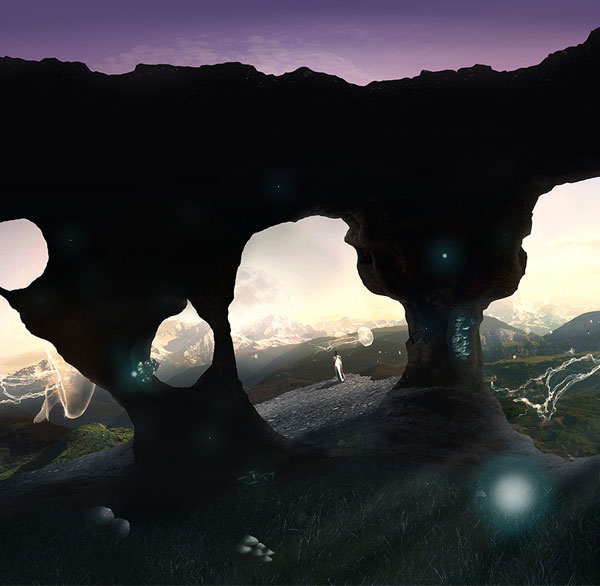 Medusa Escape is a fantasy landscape photo-manipulation which was created mainly with Photoshop CS4, an Intuos4 tablet, and many stock images. I wanted to create a scenario with a nice atmosphere and a surreal touch. Since people can find nice sci-fi landscapes everywhere I didn't want to go down that road which has been taken by many other artists.

Because of that I chose to include the flying medusa, and not a trendy airship, which is overused in all the science fiction works. I started the piece by making a sketch of the background, later I applied a few decent stock images to create mountains and sky. I also used a texture and painted the near rock structure, it needed a lot of work. Later, I had to add additional textures to make it look more realistic. The most problematic part was to cut out medusa. I had to work on the alpha channels for a long time before I found a good way to cut them out.

I was really inspired by surreal artists such as Salvador Dalì, even if this style doesn’t have many elements in common with him. But the most inspiring thing was music, when I listen to music ideas come to me by themselves. Try working while "Immigrant song" by Led Zeppelin is playing, I’m sure you'll get what I’m talking about!

Some of Leonardo's Other Work 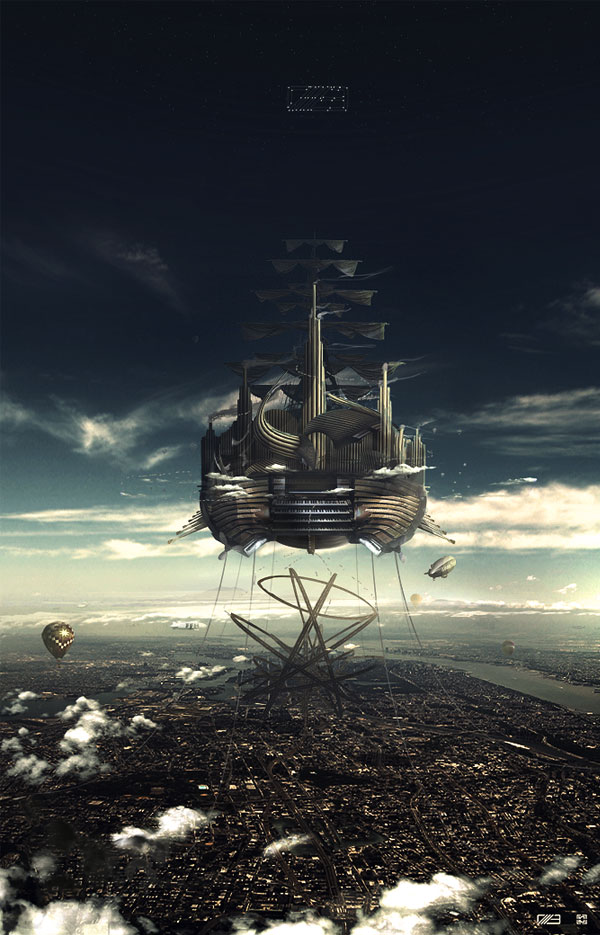 Special Thanks to Leonardo

Once again I'd like to thank Leonardo for participating and giving the readers an awesome new wallpaper for their desktops. Please make sure to visit Leonardo's portfolio's and check out some of his great art.

Also stay tuned for some more exclusive high quality wallpaper projects in the near future!