"Believe me, there is plenty of time left over." Those are words spoken by Alex Mathers the UK-based Illustrator and author of "10 Steps to Powerful Online Self Promotion for Creatives" and the man behind not only the modern illustration-focused site "Ape on the Moon" but also the "Red Lemon Club" website. Pursuing those, one can easily doubt that there's any time leftover to enjoy life, but Mathers ensures us there is.

In fact, over the last few years he's found time to cross a mountainside glacier with a 500 ft drop below in Slovakia (with no ropes), traveled the Sahara desert on the back of a camel and put toilet rolls on the cat's tail so that it became a robot cat. Okay so that last one wasn't exactly done in the last few years. But it did become the first event in what is proving to be a very creative, eventful life. 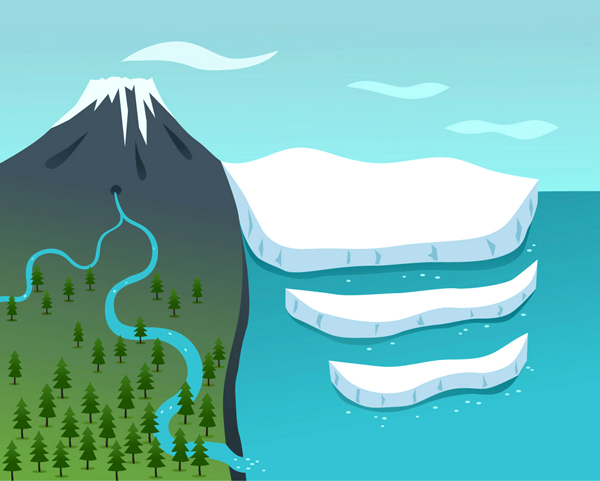 At the tender age of 25, Mathers has managed to accomplish as much as his peers who are a decade or two older. He was lucky enough to be born to parents who are "very supportive of [his] crazy ideas and the rather meandering path to get there." There's no doubt that a very supportive family consisting of his English father and Austrian mother, a combination that "adds an interesting dimension to things" as well as a younger sister they call Pippa, play a large part in encouraging and fostering his creative endeavors.

The Red Lemon Club was born because as a budding designer, Mathers found himself having to figure out how to market his talents. Not finding much of the detailed information he was looking for on the internet, Mathers read many books on the subject and eventually decided to share what he learned with other creatives who are looking to accomplish that same feat.It was also the Red Lemon Club that inspired his recently-released E-book. By the way for those of you wondering, the name "Red Lemon Club" was "formulated from the many cool words that were floating about in my head at the time." 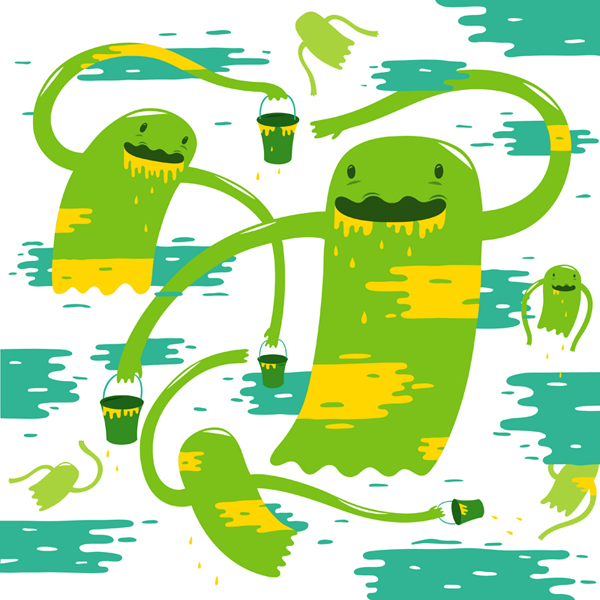 The contradictions don't stop with the words red and lemon, either. You would probably expect to read about how Mathers was some sort of design major in school. Not so. In fact, it was his love of Geography that led him to focus his studies on that, thereby infusing his creations with that theme. This is one of the main reasons why the "very earthy" hues of blues and greens are featured heavily in his illustrations such as Snow Apes Portrait, Glacial Retreat, Syrup Smoochers and Estates Gazette, a series done for their website. He's also worked with some big name clients such as Singapore Business Times newspaper, Kraft and Pepsi. 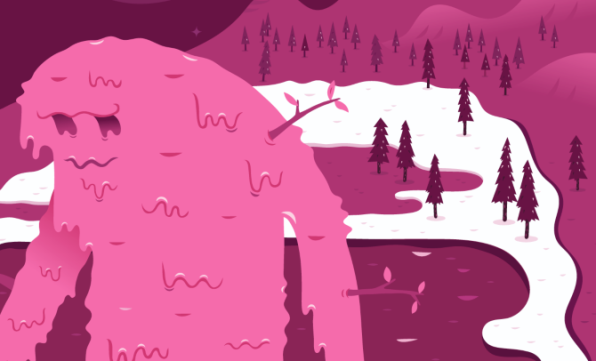 Ape on the Moon

When asked where their inspiration comes from, most creatives say things like "the world around me" or "people-watching." Mathers finds his inspiration from the less "natural" sources of film and music. These sources tend to conjure up images of their creators laboring over every scene and note ensuring everything is perfect. Another contradiction to the man who loves geography and the abstract rawness of it all. He also gets inspiration from artists whose styles run the gamut, including Edward Hopper, James Jean, Ronald Searle and Quentin Blake.

Venturing away from the naturalness of the earth, Mathers created the site "Ape on the Moon." You really can't get any more "other-worldly" than the moon or the image of an ape on said moon, for that matter. This name originated because of his love of the "playfulness" of monkeys and apes and the fact that he sees our closest animal relatives as possessing "independence… [thereby] reflecting the working lives of the many freelancing illustrators out there." The site focuses mainly on contemporary illustration because, as Mathers sees it, "[it] represents where illustration is heading and how styles are evolving."

You may be surprised to know that Mathers writes not only all of the content for his two sites, but also contributes to sites like the 99%, Six Revisions, Inspired Magazine, and Design Taxi. When asked if he had to choose between writing and illustration he answered simply "Illustration." Not that it needs any further explanation given the recognition he's received because of his e-book from the likes of Scott Belsky of Behance and Jerelle Kraus, the former New York Times Art Director. Belsky commented that "Alex Mathers has mastered the methods for effective self promotion in the creative world." Heavy words, but ones that Mathers has no trouble living up to.

Catching the eye of some highly successful creatives has given Mathers a confidence that many artists of his age may lack. We asked him if there is any artistic thing the he can't do but wishes he could, he answered, &quo I don't think there is anything I "can't do, but there are things I might not be able to do that well, such as painting and sculpting." Shortly after that, though, he confessed he wishes he knew Photoshop on a more advanced level.

"I don't think there is anything I "can't do, but there are things I might not be able to do that well, such as painting and sculpting."

This doesn't mean that his talents stop at illustrating and e-book writing, however. He's also a "human beat box" and has risen to the ranks of being an advanced Hopscotch player. While we haven't had the pleasure of experiencing these feats, we're sure they are mind-blowing. Have no fear, though. Alex Mathers IS human and like all creatives, suffers from crippling occurrences like running out of tea (Earl Grey), designer's block and blurry vision. Tea, because he gave up coffee a year ago and blurry vision because of the amounts of European beer, English ale and iced Magners Cider he ingests. Not to mention the fried chicken, home-cooked spaghetti Bolognese and Sushi he enjoys. We're kidding, of course.

Mathers is the consummate professional and we're sure the blurry vision comes from the hours he spends using the tools of his trade: SketchBook Pro, a Wacom tablet, pencils, Adobe Illustrator, and Photoshop. He reserves the alcohol for the occasional house party, music gig in town or climbing trees. Never in one night, though. It's obvious that Mathers has the eclectic sense of humor to accompany his creativity. What he also possesses is the talent, drive, and business-savvy to take him far in this world…and maybe to an outer one. Kind of like an Ape on the Moon.