Perttu Murto and the Art of Inspiration

Many of Perttu Murto’s designs are brilliant entanglements of photography and illustration. In this interview the Finnish designer talks about his continuous quest for self-improvement and his passion for all things art…and hockey.

When discussing goals with people, the typical responses have something to do with where they want their lives to be in five or ten years. I have a feeling if I didn’t phrase it as “professional goals” when speaking with Finnish designer and illustrator Perttu Murto, he would’ve gone into a monologue about ice hockey goals. That’s an exaggeration, of course. But the idea behind it is not: Murto loves ice hockey. So much, in fact, that the vast majority of personal questions I asked him came back to the subject. It’s only natural that a man who is so passionate about a sport is just as passionate about his art. 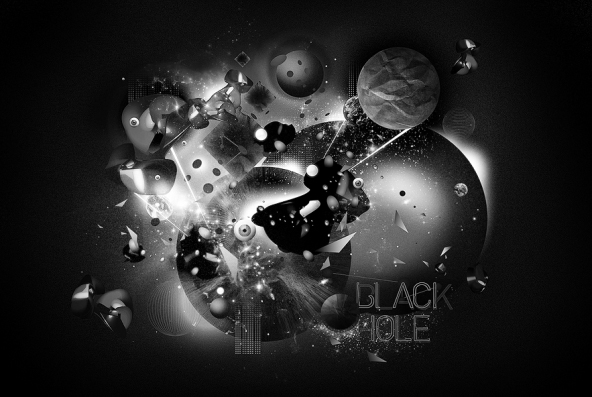 All in a Day’s Work

Murto is 24-years old and lives in northern Finland in a city-by-the-sea called Oulu. He shares his life and apartment with his fiancé and two (“crazy”) cats, one of which is his morning wake-up call. After giving in to the cat and going through his morning routine, Murto heads to his job at a local ad agency Työmaa, where he has been a Graphic Designer for three years. He loves the job and he loves working with “real professionals.” The fact that it’s a fun place to work is just icing on the cake.

Even though he’s got an “everyday” job, Murto still considers himself to be a freelancer…and a very in-demand one at that. Through his work at the agency he’s had the privilege of working with some big-name clients like Nokia, Lappset, Polar and Warner Music, and his freelance design and illustration business has padded his portfolio with works for clients like UU Theory, UNICEF and Dolce & Gabbana. 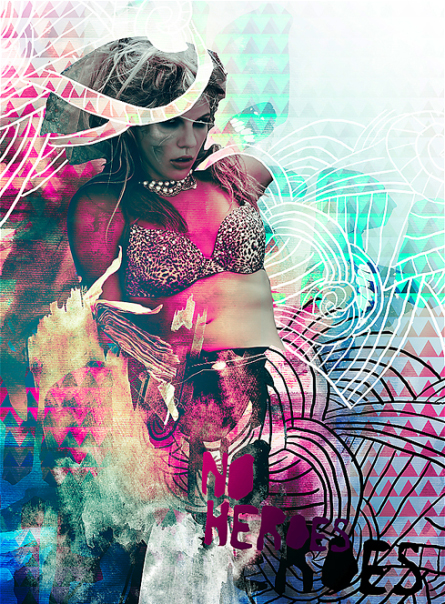 Murto is finishing his final year at Oulu University of Applied Sciences Business and Information Management where he studies Digital Media. All that stands between him and his degree is his thesis which, along with his day job and nightly freelance work, will likely make his schedule even more hectic. Murto doesn’t mind, though. As he puts it, “The best part is that I can [make] my living by doing what I love!”

His first love, though, is hockey. Before he even started anything artistic, Murto had aspirations to become a professional hockey player. Now he plays on a recreational team but he doesn’t mind because “these days it’s not that serious.” Nevertheless, he loves a good game.

Murto saves all of that seriousness for becoming a better artist, something that he aspires to do for the rest of his life. One of the things he wishes to learn is the art of drawing more photo-realistically. He loves photography and, as one can tell, his art relies heavily on photos. Additionally, much of his work contains animal themes because as he explains, “I think that it will make the works more interesting when there is some kind of organic figure mixed with crazy stuff. I really want to use photos; I think that they are an important part of my work.” This was the case with one of his favorite projects for which he was the art director: a tiger-themed CD cover for a band called Automatic eye.

Always being open to learning something new is one of the most important lessons that Murto has learned so far. He spent 11 years perfecting his ice hockey game and his design and illustrations will no doubt receive the same level of dedication.

The best part is that I can [make] my living by doing what I love!

Patience is a Virtue

Like many newbie freelancers, Murto found that he rushed many of his personal projects and they rarely turned out the way that he had hoped. “In my opinion patience is pretty much the keyword in this industry; you don’t learn stuff from one sitting. It comes to you when you have time and patience to experiment and work, work, work.”

That patience is evident in the fact that Murto’s work process has him starting from scratch each time, something that is common for many designers. “I take a pen and I print the brief. I start underline things and sketching. That’s about it. I get some kind of an idea going on in the paper and then I start doing [the] first mockup with [a] computer.” Saying that simplifies his process, though. In fact, the sketching step can last a while. “I sketch, sketch, sketch, twist, try, reform, duplicate and there is one point when I see that “ah, this is starting to look right!” It’s at that point that the creation moves onto the computer where it is further transformed using mostly Illustrator, PhotoShop and InDesign.

With life lessons comes a professional maturity that Murto has achieved in the few years that he’s been out in the design world. While he always enjoys some good competition on the ice, he recognizes his limitations and won’t hesitate to pass a project request off to an artist who is better suited for that job. He understands that trust and communication between himself and his clients are things that will go a long way to producing work that both client and artist are proud of. He isn’t exempt from frustrations, however. One of his biggest challenges is when there are too many people involved in a project and too many opinions that lead to the entire project being chaotic and generally “bad.” But, as always, Murto chalks that up to part of the game, so to speak. “But that’s life and part of this job,” he says.

Murto finds inspiration from a variety of places. “Everywhere” in fact. “[It] could be a cool movie (“Napoleon Dynamite -so funny”), awesome songs, a great piece of art, annoying people, funny people, nature.... Pretty much everything around me.” Communication is also a source of inspiration for Murto: “When the project goes well and everything works well together and the communication between our team (or me) and the client is working, the outcome usually is something great. That is also really inspiring.” 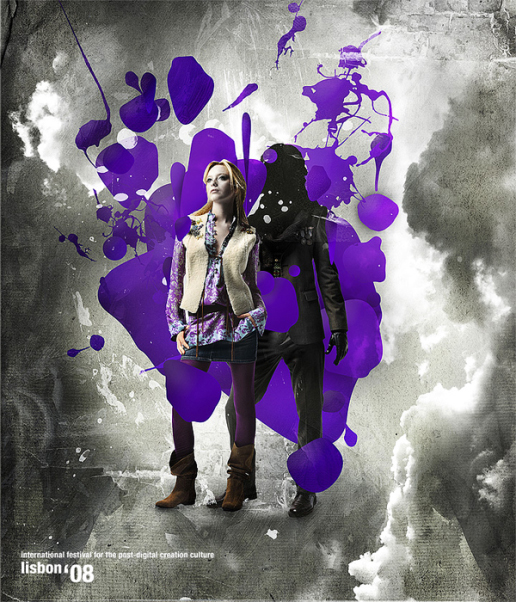 Despite his full workload, Murto finds time to relax with his loved ones. His “awesome” family consists of his very supportive parents and a sister with whom he is very close. They all have been extremely supportive in whatever endeavors Murto has taken on, whether it was of the creative sort (his mom is very creative) or of the athletic sort (his dad devoted a lot of time to his love of ice hockey.) They are very proud of everything that their talented son has achieved in such a short time. “They are happy that I got into design and art so [heavily] and found something [that] I am really passionate about.” They are no doubt pleased that he found ice hockey at an early age as well since Murto describes himself as “a bit shy with people I didn’t know really well. But really loud with the people I knew... I had [a lot of] energy going on, that’s for sure!” That energy that was once used to outsmart the other team and score goals on the ice is now put into achieving his goal of artistic success. And this time there is no defensive line stopping him. 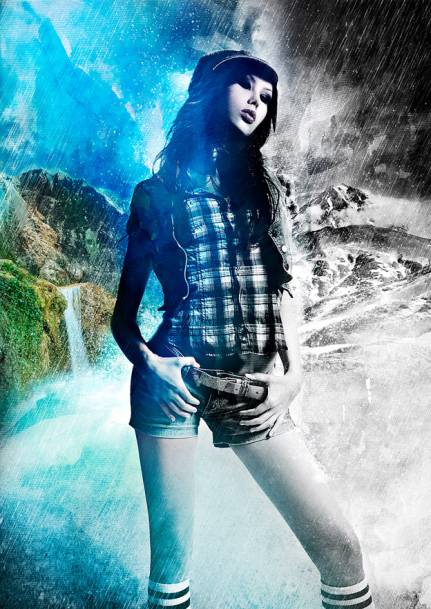 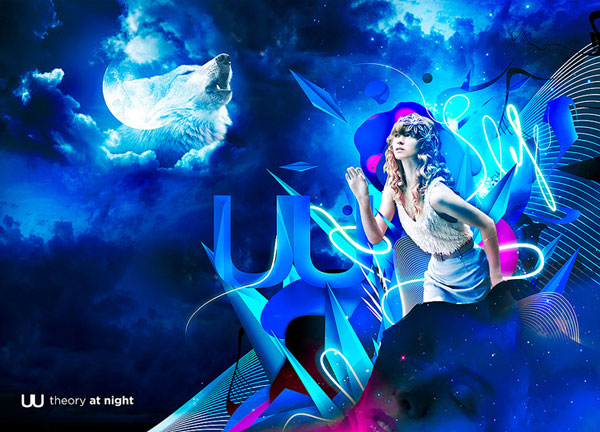 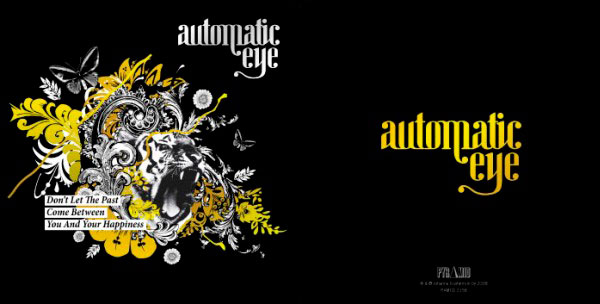 Visit Perttu Murto on the web.