I'm excited to present you an interview with Yiying Lu, a bubbly Sydney based designer who is responsible for one of the most iconic images Fail Whale which appears on the micro-blogging/social network Twitter whenever their server slows down. Her Fail Whale illustration has been so much loved that some of the Twitter users became fans of this whale so much so that there is a Fail Whale Fan Club. But, that is not the only feather in Yiying's hat, she has been named as one of 100 Emerging Leaders in Australia in Innovation category. She is also the winner of the Shorty Awards (the best producers of short content on Twitter) and creator of Foul Owl, the illustration used by Twitter for suspended/spammer accounts.

Yiying has a number of appealing designs and illustrations in her portfolio and a confident artist that she is, her dream job is to give visual refreshment to the current Google Logo, so read on into this interview to learn more about her.

1. Hello Yiying, please give us your background bio. What is the meaning of your name and how is it pronounced?

Hello Everyone! My name is Yiying Lu. I'm a Sydney based illustrator and designer. A while ago, I created the Twitter Fail Whale and account spammer owl. 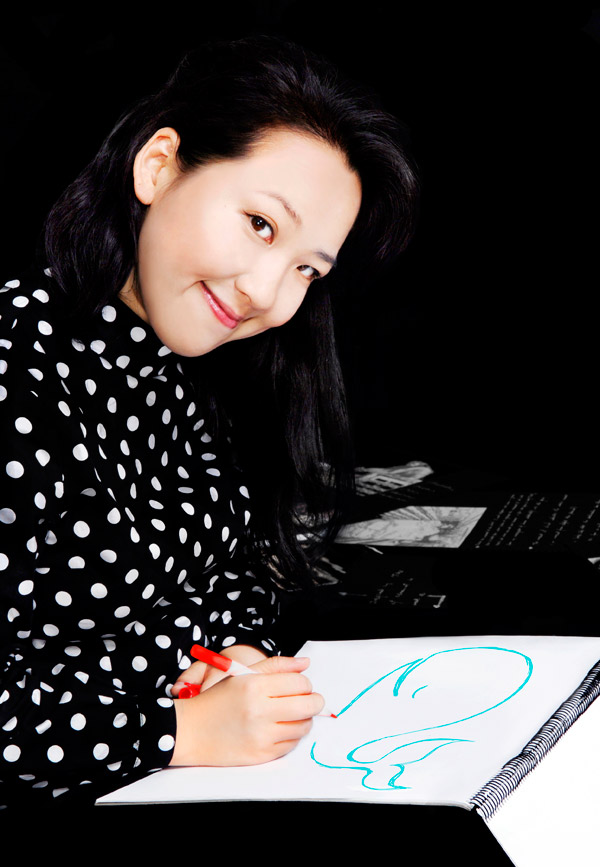 2. When did you realize that you wanted to become a designer? Tell us about your formal education in this field.

When I realized becoming a scientist might be a bit too challenging for me!

I grew up with comic books, jigsaw puzzles, crayons, stamps, old CDs and grandparent's mysterious stuff – I guess I do what I'm doing now comes out quite naturally.

I was born and raised in Shanghai China. I started my traveling and studying overseas life after I graduated from a selective technology high school in Shanghai. I received my art/design education in Sydney, Australia at University of New South Wales and University of Technology Sydney. I've also studied advertising and Illustration at Central St Martins College of Art and Design in London, England.

I graduated with a First-Class honors in Bachelor of Design Visual Communication degree from the University of Technology Sydney. I'm now teaching and running my own studio. 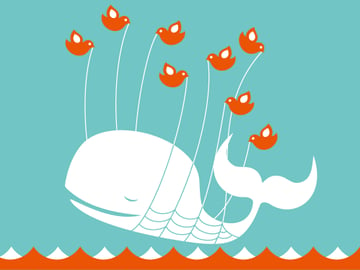 3. Before we move on, tell us about the inspiration for the whale and birds illustration. Did you know it would become Twitter's iconic "Fail Whale"?

Fail Whale was originally named Lifting Up a Dreamer. I initially designed it as a birthday e-card for my friends overseas to put a smile on their face; while I couldn't attend their birthday parties as I was elsewhere. I call it "an impossible dream come true on screen."

Some facts about inspirations when I created this image: 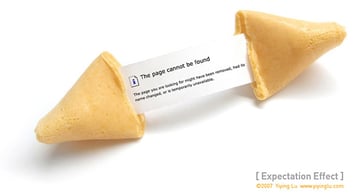 RE: Did you know it would become Twitter's iconic "Fail Whale"?

Oh, sure did! My tarot cards told me so ;) Heh, just kidding... well, it is sorta a serendipity story...

4. When did you first become aware that your illustration has been adopted by Twitter? Were you already using Twitter at that time? Also tell us about your experience getting nominated and winning the Shorty Awards and also about attending the Fail Whale Party II in San Francisco.

I was informed by a twitter user via email about this, sometime in June 2008. I wasn't using twitter at that time.

I was very thankful that Sawhorse Media in New York organized the Shorty Awards (the best producers of short content on Twitter) early this year. I've been supported by a lot of people on twitter and awarded the winner of Design category.

I went to New York City to receive the award and had a great time there - met MC Hammer and had short visit to Anna Sui. It was also wonderful to meet up with @toms who has been helping me along in the Fail Whale Story and @andyjacobson great designer who was also a Shorty Awards finalist. I've also tried Fail Whale Martini during the ceremony. 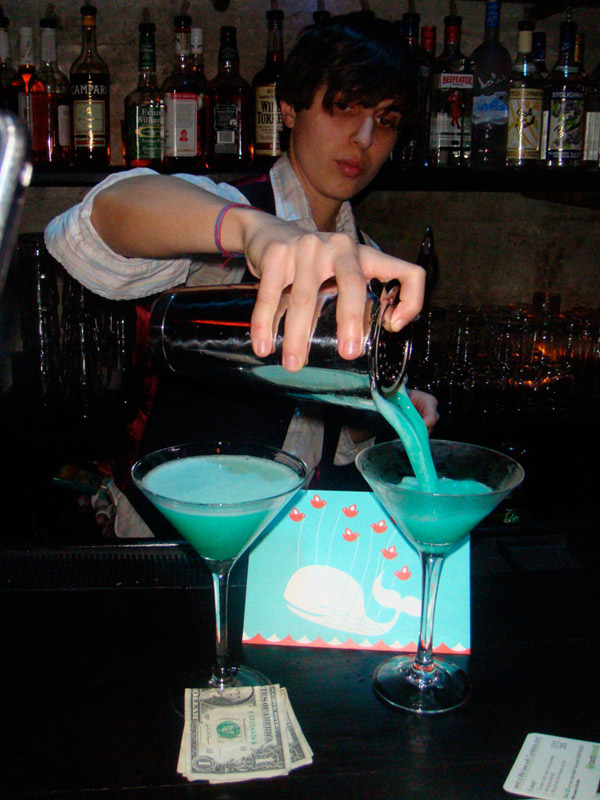 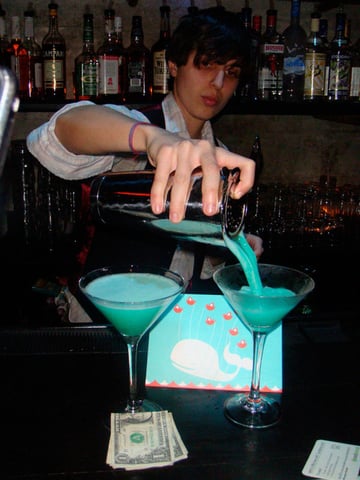 Before I went to NY, I thought it might be great to meet up with fail whale friends in San Francisco who organized the original FAILparty I to celebrate for the technology Failure in 2008's July, @mr_bill, @chadscott and @timishungry. I was invited last year but I wasn't able to go. So this time I will make it.

I decided to stay in SF for awhile before I came back to Sydney and folks in SF decided to throw a Fail Whale Party II for me when I was there. It was a fantastic experience: Twitter's engineer @netik was the DJ of that night and was great to meet up with @LaughingSquid, @AlohaArleen and many more. On the next day I went to the twitter HQ and greeted folks in twitter including founders @ev and @biz with some Fail Whale cards.

5. Your portfolio has a number of appealing illustrations, but this one particular image (Fail Whale illustration) is far more familiar, has all this attention bought you more design work and projects? What's the best thing that has come out of the sudden interest in your design work?

Yes, in fact I have recently finished some commissioned illustrations related to Fail Whale and they will be launched soon. The Fail Whale image has connected me with a lot of people from various networks with different specialties, which helped me to release my creativity in new ways.

The best thing so far... that's a hard one! Apart from being friends with so many great people and receiving design awards. I was named one of 100 Emerging Leaders in Australia in Innovation category by The Australian and recently attended the presentation ceremony in the Parliament House for the awards, met Australian Prime Minister Kevin Rudd. The highlight would be PM Kevin Rudd holding up the little Fail Whale and had this photo with me. 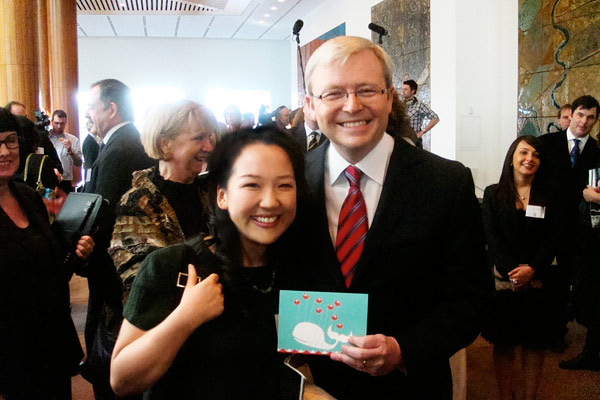 Another great thing was on the same day, I also met up with the 3D fail whale creator @hil121 – a wonderful artist. 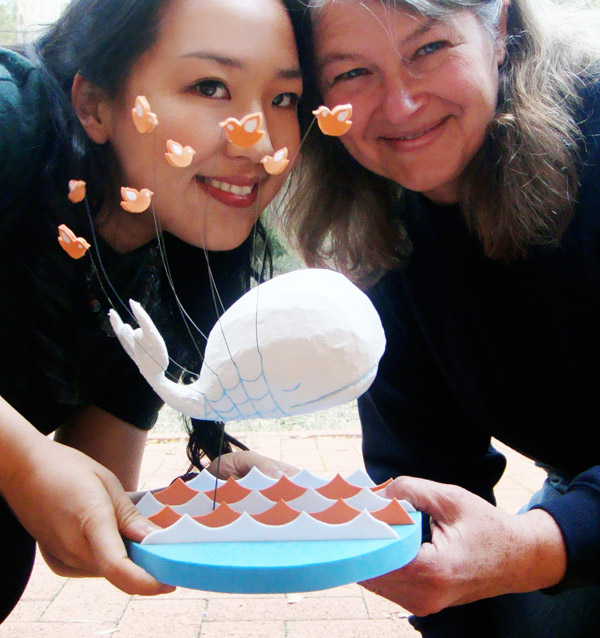 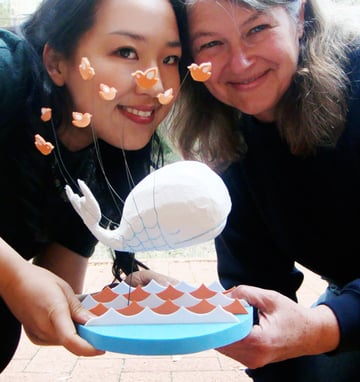 6. Do you freelance full-time or do you work for a design studio? Do you also sell your illustrations from iStockphoto or other stock photo websites?

I work in my own design studio full time now. I'm also teaching part-time at the University of Technology Sydney.

iStockphoto was my experimentation when I was studying, mainly for networking opportunities. I tend not to sell any of my new artwork/illustrations on stock photo websites after I graduated. I'm now focusing more on professional work relationships such as commissioned works and licensing my artwork.

7. How did the creation of Foul Owl (account suspended owl) came about?

It was also one of my personal artworks which I created in 2006. In late 2008, Twitter's Co-Founder @biz contacted me and purchased a license of that image from me.

8. Walk us through your creative process. Do you sketch first or start directly digitally? What applications and tools do you use to create your illustrations?

It depends, sometimes I do sketch first; otherwise I work directly digitally from the start to the end. For applications, I switch between Coral Draw and Adobe Illustrator; other tools would be my hands and good music.

9. I see most of your illustrations have animals, especially the birds theme, what attracts you most about it? Your illustrations are very unique,what is the first spark that triggers you to start on a piece?

German Expressionist Franz Marc's vision of animals might explain my affinity for animals and nature: he suggested that animals possessed a certain godliness that men had long since lost. "People with their lack of piety, especially men, never touched my true feelings," he wrote in 1915. "But animals with their virginal sense of life awakened all that was good in me."

To me, when I develop my personal artworks, I pick the animal theme intuitively - I guess animals and nature themes can be quite symbolic imagery to the viewers. The audience can be anyone, regardless of age group, cultural background, or gender. 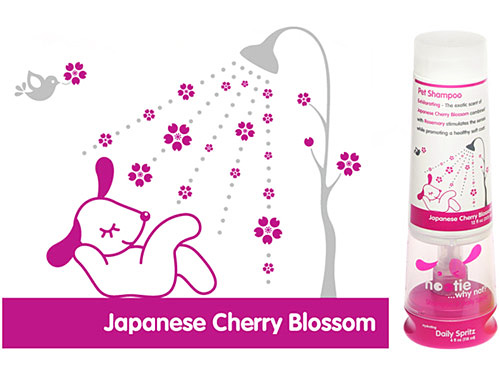 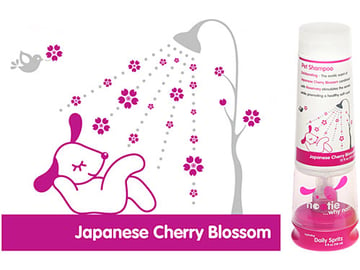 10. What project are you working on at this moment? Is there any dream project you would like to work on? What would it be?

Apart from teaching design at University of Technology Sydney and commercial branding /design projects such as Nootie (a Florida based pet lifestyle company) and GT4K (multi-media educational program).

I have also been creating more friends for Fail Whale to expand its family: animals/technology metaphor illustrations. The theme of these illustrations will be a fusion of technology and animal - so they would be geek and cute. Hopefully, I will release them to the world soon. Below is an example.

I also love doing fashion illustrations. I like working on various media and themes. 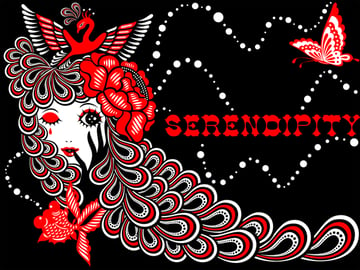 Below is my illustration for Kemp Muhl, when I freelanced as a bilingual creative copywriter for Maybelline New York. 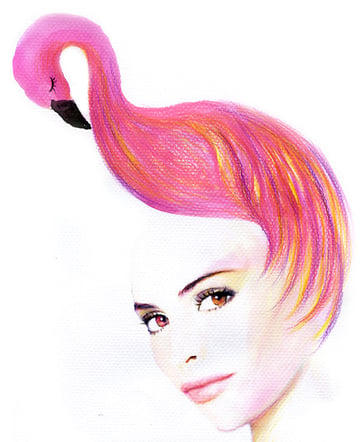 My dream project so far would be: Give a visual refreshment to the current Google Logo. Come on it's been 11 years! ;)

11. What are your biggest design influences or inspirations? Which artists or designers do you admire?

My all-time influence is this one below by Saul Steinberg (1914-1999) - a Romanian-born American artist, cartoonist, and illustrator, most well-known for his work that appeared in The New Yorker magazine.

He once said "The life of the creative man is led, directed and controlled by boredom."

12. How would you describe your artistic style? What do you do to recharge your creative batteries?

I think creative batteries can be charged anywhere - from a good chat with a shop assistant, finding a new poster on the streets to looking out of the window near my desk. I guess the answer is: Life in General. 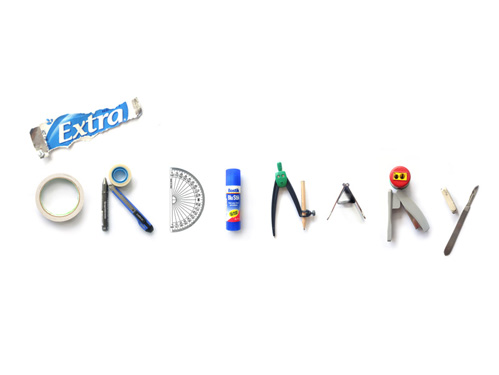 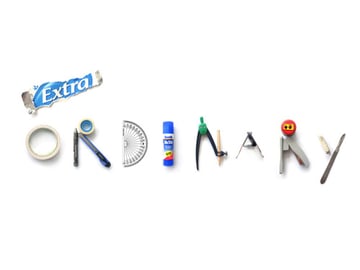 13. Yiying, thanks for chatting with us on Vectortuts+. Any advice or tip you would like to give to upcoming designers and illustrators?

My pleasure, thank you for having me. >My tips are: Keep a smile in your mind and don't forget to smell the flowers.