Today our guest is a great Russian vector artist, Alexey Oglushevich who won a Grand Prize of CorelDraw International Design Contest in 2009. You would probably be surprised to know that Alexey is a metalworker by education, but he reached success and got recognition in the vector art world. Alexey is a bright example of the phrase "nothing is impossible". Learn more about Alexey, his thoughts and illustrations after the jump.

Q Hello Alexey, welcome to Vectortuts+! Tell us a little about yourself. Where are you from? Do you have a basic design education? When and why did you get carried away by vector graphics?

I was born and I grew up in the city of Magnitogorsk, in Russia. I liked drawing since childhood, but unfortunately I couldn't get an artistic education. So you can consider me to be a self-taught person.

Of course I began drawing on paper and canvas. I used to draw using watercolors and oils, since the computer era was not there yet. The new stage of my creative work started when I bought a computer and learned vector software. I tried to draw in Adobe Illustrator, in Xara and CorelDraw. CorelDraw seemed the most convenient for me then, exactly that's why I use it until now. 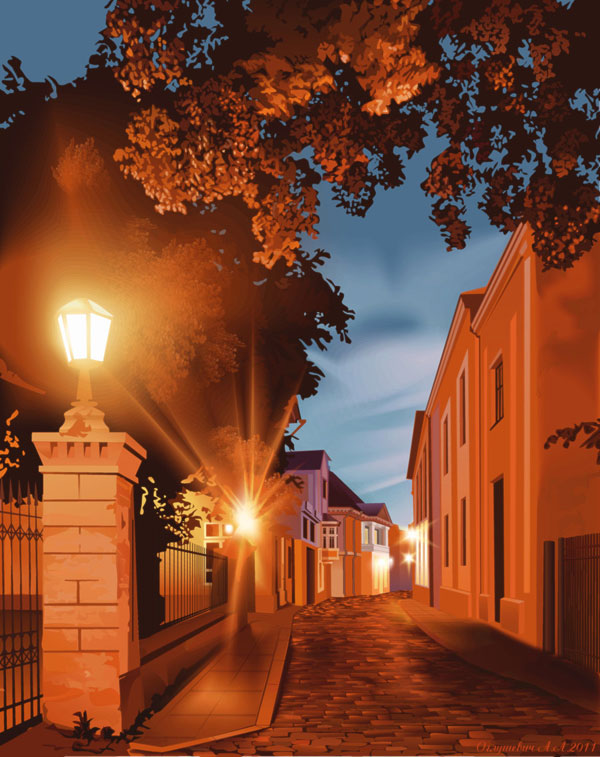 Q Were you counting on your victory when you sent your works to the twentieth anniversary CorelDraw International Design Contest? Which of your works won a Grand Prix?

I sent three works that we have chosen with my wife and my daughter. These three works took part in three different nominations. Honestly, I hoped to win. I have experience already and my colleagues inspired and supported me.

I wanted my works to be appreciated; I wanted them to be compared with the works of other hundreds of artists and designers from all over the world who also took part in this artistic competition. Two of my works won the first place in different nominations, and the portrait with a rose won a Grand Prix.

Q What stages does your working process consist of?

in the first stage I choose the topic of my future work. Then I do the sketches with the help of the Graphic Tablet or I make some photos if that's what my work requires. The next stage is the direct creation of the vector work - the creation of the main forms of the composition and long hours of editing. Usually, a good artwork requires 60-90 hours of work. 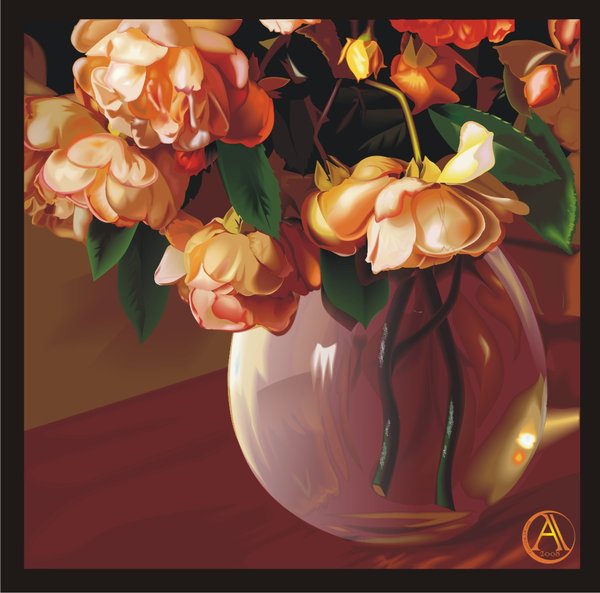 Q What techniques do you use to create realistic images?

I use only vector methods to create the realistic images. In the first place it is the Blend, which can consist of a couple of objects of different transparencies. I rarely use the Gradient Mesh because I think though it is a vector object, but its fill is not completely vector.

Q Do you have some video tutorials or at least one written tutorials? Are you planning on creating tutorials in the near future? Do you have any students? What is vector graphics for you today?

Yes, I'm planning on creating written and video tutorials, because I am frequently asked how I do this or that. I don't have any students yet, but may be soon enough an interactive class will be opened. I will give the CorelDraw Course. But it is only plans so far. Vector graphics has always been and still is only my hobby.

Q What and who do you illustrate in your pictures? What are you working on now? Can we take a look at your work in process?

I like to draw still life, the play of light on the stele, in the folds of fabrics. As all normal man, I also like to draw girls. At the moment I think about new works for a CorelDraw competition in the following year. The next year's competition will be devoted to twenty-fifth anniversary of my favorite program. It is a competition, so my ideas will remain confidential, you should understand that.

Q Does CorelDraw have any functions that you don't like? If yes, then why? What do you think should be improved by the developers?

I think that soon enough CorelDraw Graphics will make its users happy with the new version of the program. I hope that my wishes will be taken into consideration in it. Since I know the program to perfection, of course there is something that I'm not satisfied with.

It would be nice to have the function of the adjustable transparence of the borders of the vector objects, as it is well-done in Xara. Also the project time counter would be nice. I also think that the author's rights table should be improved.

Q Do you think that the author's rights table can really protect your initial file?

Surely one would love to get that type of protection. At least the end date of the work should be registered, so it wouldn't be possible to change it on the other computer, even if the vector work has been changed. I think that plagiarism will be easier to detect this way.

Q Do you have any examples to follow? Who are they?

I have a lot of friends whose works I like. But to follow somebody means to take the way that somebody already took, and that means, is not my particular way. When I started to draw in vector, I studied the works of famous artists; I almost disassembled them into little parts. Very soon I made a conclusion that one should find their own way and find their own place in this world. 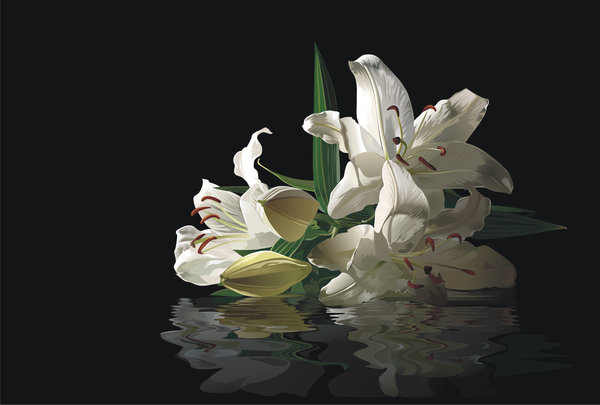 Q Alexey, thank you very much for the interview. What would you like to wish people who are only making their first steps in vector graphics?

To those, who just started to get to know vector techniques and to all artistic people I wish only success in their labour of love. If you are completely involved in what you are doing, and you can spend hours improving your work to achieve better results, that means that you choose your business right and you will surely succeed.

Alexey Oglushevich on the Web: