Pawel is a veteran designer who has been working with world-class design agency Ars Thanea. This experienced artist has created some professional looking advertisements and now shares some important advice about the many facets of designing. In our interview with Pawel, we cover his work at the agency, some of his illustrations, and how he deals with instances where he is not creative. Here is another great interview with a truly talented artist.

Q Welcome to Psdtuts+, please introduce yourself. Could you tell us where you're from and how you got started in the field?

I hail from a little town in mid-western Poland, where pretty much no one but me was into graphics. Over the past couple of years I've been living in Warsaw, where I'm mainly working on commercial projects at Ars Thanea and trying to do personal projects on a side.

It started the same way it did for most of the people reading this interview I guess... Once upon a time, something around 2001, I got acquainted with Photoshop after a short episode with Paint Shop Pro, that I used to create wallpapers - my first ever digitally created pictures. After a few clicks, I quickly figured out, that Photoshop could do much more and much more attractive.

I could write and write on how it developed further, but these are the most essential beginnings (not counting my childhood, when from time to time I used to scribble on many undesired surfaces. 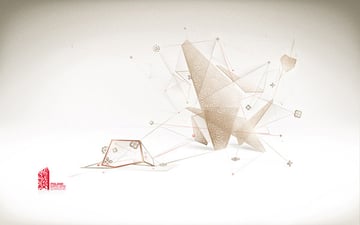 Q Many designers prefer to freelance but you are working for Ars Thanea which is a prominent design studio, what would you say are the pro's and con's to working in a studio? And would you recommend it for the upcoming designers?

It might be a pretty obvious thing that if you work in a studio, you usually work with other people, which is a big advancement over sitting in a room alone in front of a computer, as I did when freelancing remotely from home for a couple of years. If you want to polish up your skills, I'd recommend you to go to an agency first. In a collaborative atmosphere you receive a lot of feedback and can exchange useful advice everyday. One of the main things that might attract designers to freelance is that you can make much more money working that way on your own, but you often have to pay a fair amount of sleepless nights, as the deadlines are usually weak... at least to me and my working habits. 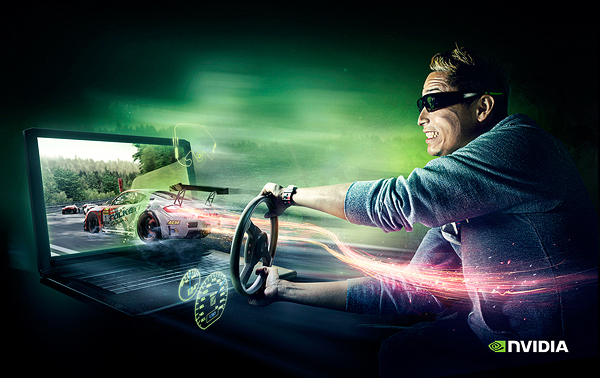 Q What happens when you lose your creativity for a period of time? How do you end up dealing with it and bringing it back?

There's not much I can do to help myself in that situation. For me, as for many others it just goes along sinusoidal shape, so there are creative days and the ones that I better spend on anything but design. However, a great inspiration leads you to creativity, so watching exceptionally inspiring things can keep you on a high level of creativity. Luckily that's what I do everyday, while I'm an extensive web digger and everyday brings a great amount of gems. 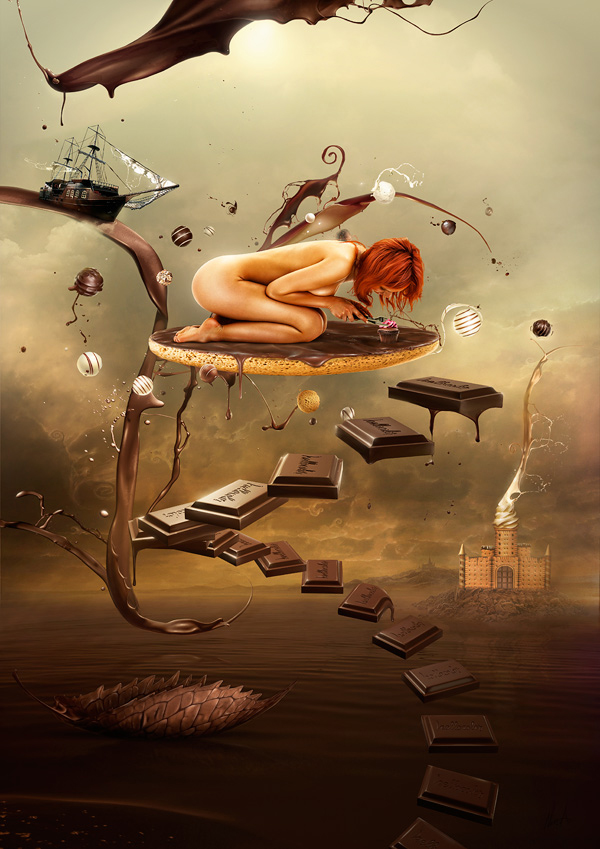 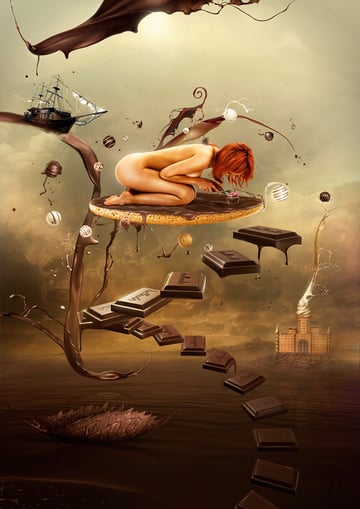 Q A lot of the work in your portfolio is centered around advertisements for different companies, in your opinion what makes for a good ad?

If you are on the end of a chain, being left to the production side, the things that make advertisements good are very often independent from you, while many of the commissions come with a complete concepts, concepts that by many itself make an ad. But that's not everything -  if we have more or less a clear concept, then the important thing is to make the visuals that match it. Sometimes you have to read minds of the people that are about to see your ad, to guess the way they would think about what they see, to help the idea sell itself, because in many cases ads are just like an intricate artworks made by creative’s and art directors just to feed their artistic ego and not the client needs. 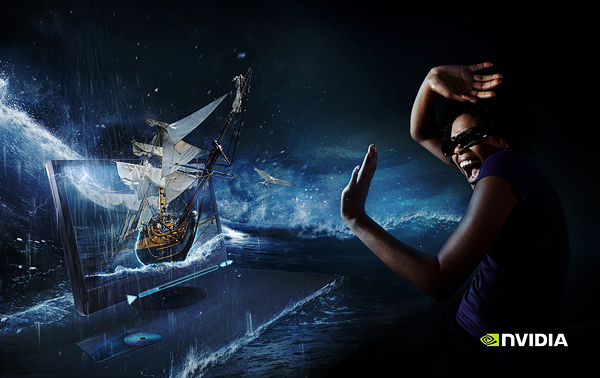 Q "Art Direction" is an amazing and colorful illustration that you first started 2 years ago but just recently finished. Please talk a little about the creation of this piece and what went into making it.

Well, I have to say that as I get older and older, I focus more on other things than design, aside from commercial work. I still try to work on some personal projects though, but it goes slowly, really slowly as you could see by the example of "Art Direction". That illustration took me - yeah - almost 2 years to finish! I had many breaks and comebacks, so I didn’t spend all my time on it.

Since the initial thoughts and a sketch, I had in mind couple different variants on how to make it. I started from a very old file that was supposed to be a collaboration with my friend but ended up sleeping on my hard disk, but practically, I used only parts of the background from that psd.

When I finally decided on the direction, I continued with that nice stock image I had, with a girl and a picture frame. I began form cutting it out very, very carefully. I don't like it when in your illustration; the main subject looks like a photo poorly cut out from some tabloid. I needed it separated in the slightest details. As usual, the most problematic part to cut was hair. I spent a lot of time brushing manually the mask of almost a single hair. I also changed slightly the angle of the frame she was holding to look it more interesting. With that main subject, I sketched up the main composition and elements. Then I spent many hours on creating the elements. I mostly mean the hands and the liquids that were created from many different shots of pudding. That and the little colorful shapes every one of which is unique, took the most of the creation time. When I had it all done, it was just a question of putting a fair amount of the final adjustment layers on top of it and voilla!

Q What group of skill sets do you believe the perfect designer should have? 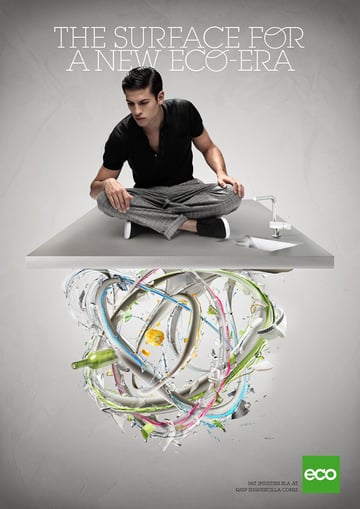 Q When you are in need of a stock where exactly do you turn to and why? What does this website have that is special from the others?

Most of the time, I use two popular stock websites: Shutterstock and iStockphoto. At a relatively cheap prices, you can get a huge selection of photos there, especially if I use many different photos in some extensive photo manipulations. It also happens that I use more professional services like Getty. They are more expensive, but it often happens, that the client supplies us with selected stocks for the project, which is a good thing 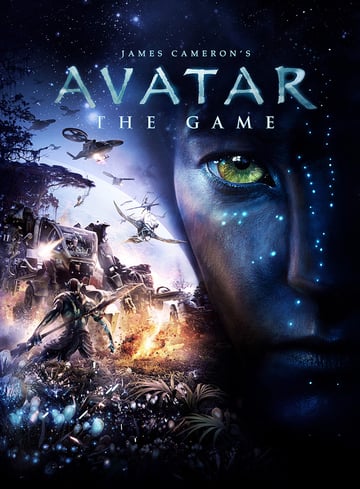 Q Thanks again for providing Psdtuts+ with this opportunity to interview you. Any final thoughts for our readers?

Thanks for the interview opportunity! It was a while since my last interview and I'm glad to have written some text other than a commercial email again ;) 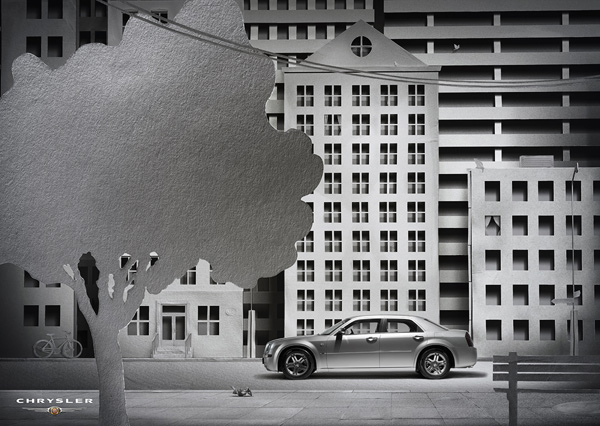 Where to find Pawel on the Web 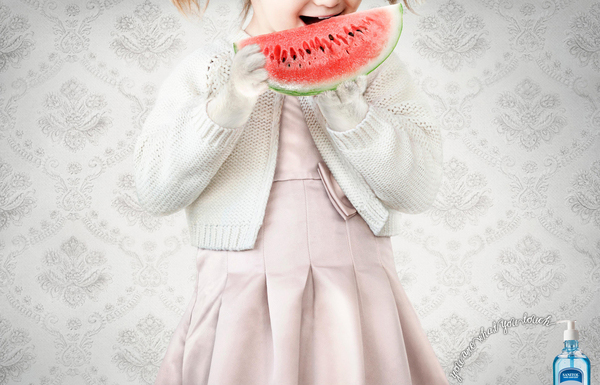 InspirationAdobe Photoshop
Did you find this post useful?
Yes No
Would you like to provide feedback (optional)?
Cancel Submit