Meet Emory Allen, an illustrator and Graphic Designer currently living in Minneapolis. As a child Emory loved comics and drawing super heroes. His artistic leanings were well nurtured by his father who convinced him that he wanted to do art for the rest of his life. He creates thought provoking illustrations weaving together brilliant typography and monstrous characters. He says he loves to tell stories through his work and movies are his main source of inspiration, read more about Emory Allen in this interview.

Q Hello Emory, give us a background bio of yourself, where are you from and tell us about your formal education. What do you remember of your childhood in regards to art?

My parents were both in the navy, so we moved around a bit when I was younger. No matter where we lived though, I always loved comics and drawing super heroes (what little boy doesn't?) My dad was always really good about nurturing my artistic leanings. In fact, he bought me the comic that really convinced me that I wanted to do art for the rest of my life — the short-lived Image series Nine Volt.

When I started college, my aspirations took a bit of a detour when I decided to pursue something "more practical". I studied computer science. After a year and a half of more math than I could handle, I switched back to art. I ended up getting a BS in Art at UW Madison with a certificate in Graphic Design. I initially went into design to satisfy the question: "How do I make a career out of art?" 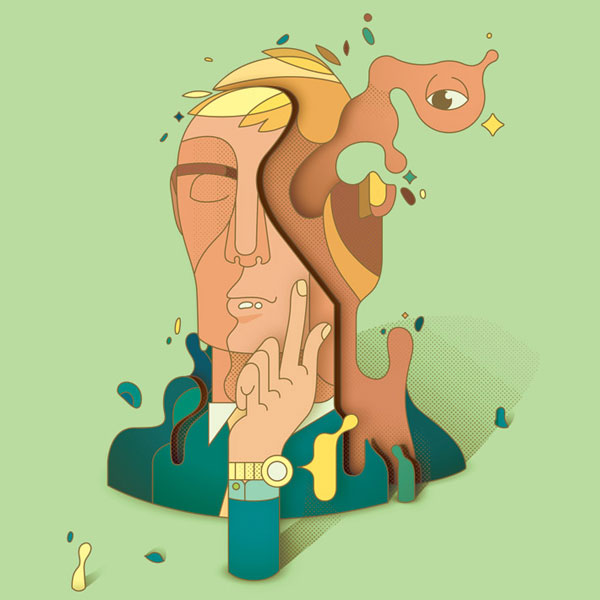 I've been out of school for almost 5 year now. It took me a couple months to get my first design job which was in Utah. After working there for a couple of years, my girlfriend (now wife) and I wanted to get back to the Midwest. I got a job at an animation studio in Minneapolis, where we currently live. My upbringing made those moves easy on me. It almost feels like I have to make a big change every couple of years just to feel normal.

I think the constant moving prevents me from becoming stale. I'm always looking to explore new ideas. I'm not satisfied with doing the same thing over and over again.

I wish I had a really great story about the name Ocular Invasion, but it's just something I thought sounded really cool in my sophomore year of college. 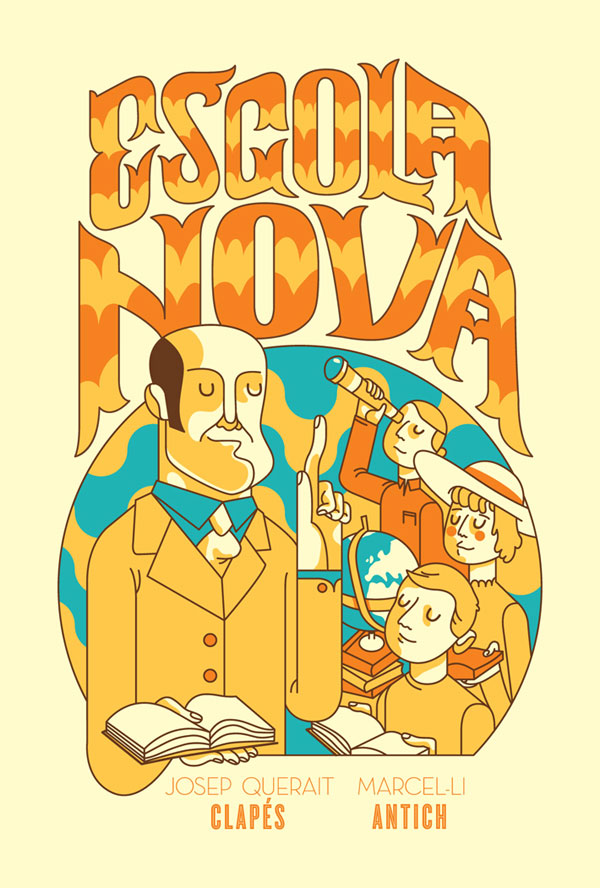 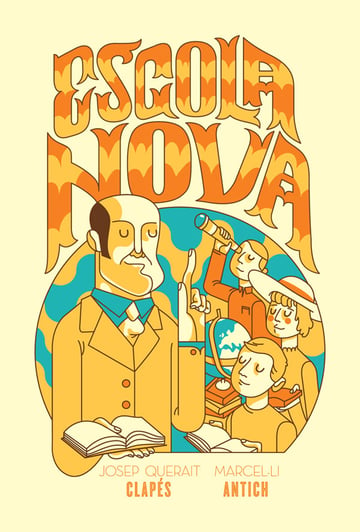 Q What are your tools and applications of choice? What does your workstation look like?

My desk is littered with mechanical pencils, scraps of paper with lists on them (my organization system), and a pile of books I've been meaning to read. I use a scanner, a Wacom Cintiq, and an iMac. 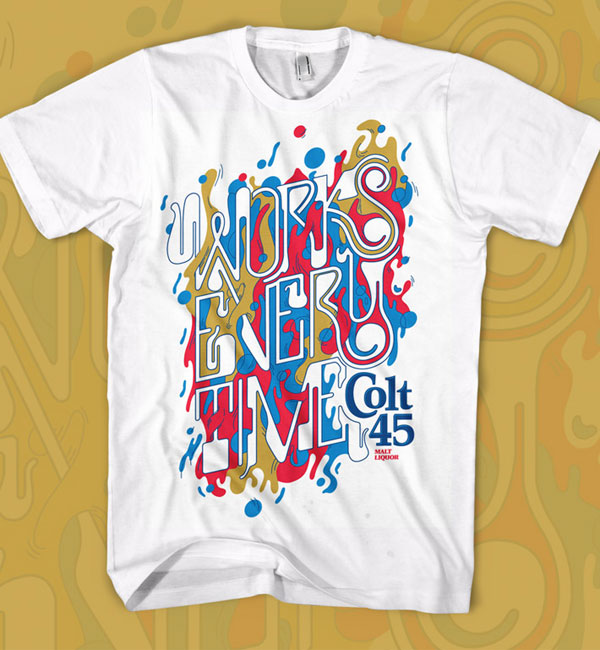 Q It is awesome how you weave typography and cute monstrous characters together. How did you come to develop this style? How do you define your artistic style and what do you want the viewer to walk away with when they see one of your pieces?

Typography was the weakest aspect of my designs for a while. Until one day, a teacher told me to stop thinking of typography as a group of letters. Think of typography as more lines and shapes to incorporate into my design. Typography shouldn't be an afterthought. So I spent a lot of time just working on my lettering until it didn't feel like work anymore. It became fun. I no longer think, "How can I fit lettering into this illustration?" because it's hard for me to even separate the two anymore.

I want viewers to be struck by the initial look of my work, to have a visceral reaction to the style. Then, on second glance, I want them to see that there's a story there. The piece has a voice and is trying to say something. It's like when I watch a good sci-fi action movie. The first time I watch it, I get excited by all of the explosions and lasers and what-not. But on the second viewing, I'm able to look past the punches and aliens to realize that there is a message there.

Q Walk us through your creative process, where do you get the ideas for your illustrations? Do you sketch first or start digitally? Is your work the result of experimenting or do you have a clear picture of the end result when you start?

I always start with pencil and paper. The pliability of the medium is very conducive to the early stages of the creative process. When you use a computer, you're instantly limited by what a program can do. A group of people wrote a program to follow a specific set of rules and perform a specific set of tasks. With pencil and paper, there are no rules. It ensures that your idea shines through. Your concept isn't obscured by filters or gradients or whatever is the latest tutorial floating around the internet.

Only after I have a very solid sketch will I scan it into Illustrator or Photoshop. From there it's about building a look that aids the concept: not using a style just because it looks good. 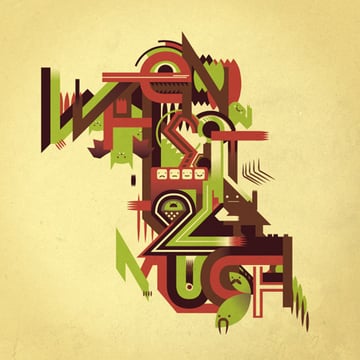 Q Where do you look for sources of inspiration? Do you have a favorite designer or illustrator?

Since I am concerned with telling stories in my work, I tend to watch a lot of movies. I do mean a lot of movies. I'll watch basically anything — it doesn't matter if it's good or bad, you'll learn something about story telling either way. I also try to read as much as I can. It's an interesting challenge to try to pace a viewer through a piece in the same way that an author creates a very deliberate pace for the reader.

My two favorite illustrators are Geoff Mcfetridge and Frank Chimero. They have this way of boiling down a piece to its bare essentials without losing any impact. Almost like they're revealing truths as opposed to trying appeal to what most people already accept as truth. 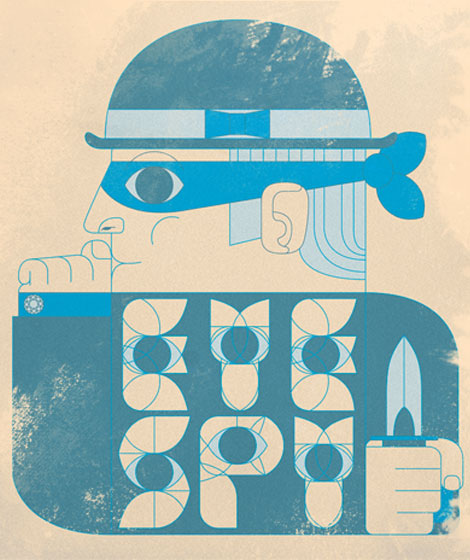 Q What is your favorite aspect of design and illustration, and what frustrates you most about it (or any pet peeve)?

Trying to create visually what was initially a vague glimpse of an idea is both the most rewarding and frustrating part of illustration. Sometimes an idea will shoot straight from my brain to a finished piece and other times I have to really wrestle with a concept before it becomes concrete. In the end, I don't really know how a piece will be received, but that's OK. The satisfaction comes from the creation, not the reception, of a piece.

Q What piece of work are you most proud of and why? What are you currently working on, any interesting or exciting project that you would like to talk about?

In terms of what I try to do with my work, I think "It's Too Soon" is my most successful piece. At first, it seems like this really cheery piece showing a young couple surrounded by a whimsical environment. That could be the end of the story. But, you realize it's in a coffin frame and the saying It's Too Soon refers to one of them having passed away. It's really bittersweet.

I'm working on a couple of projects that I'm really excited about, but can't talk about yet (some character design and music related stuff). As far as what I can talk about, I'm working on a nautically/ocular themed zine. An ocular invasion by sea, if you will. I'm also trying to get more into print making. 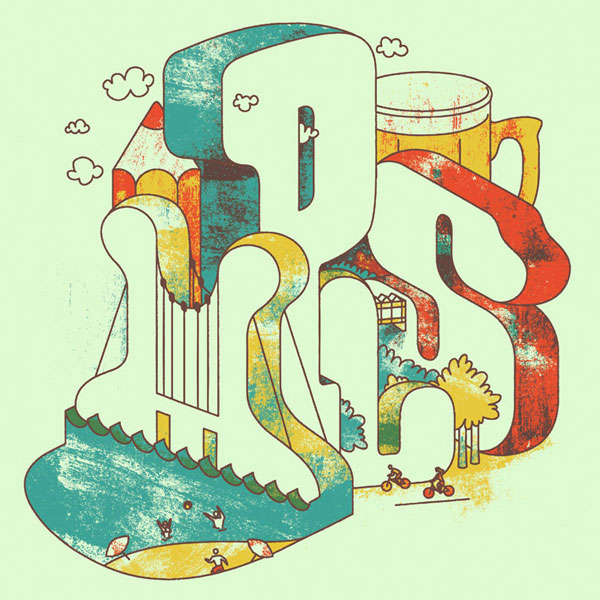 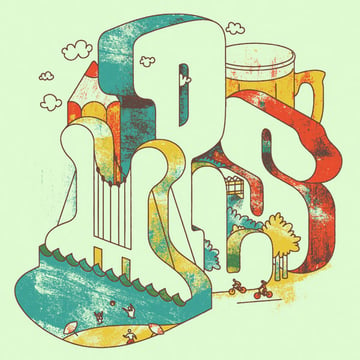 Q Emory, thanks for the interview. What advice would you like to give to aspiring designers and illustrators?

Don't get discouraged if you feel like you haven't found "your style." The more influences you take in and the more you create, the quicker you'll find your voice. 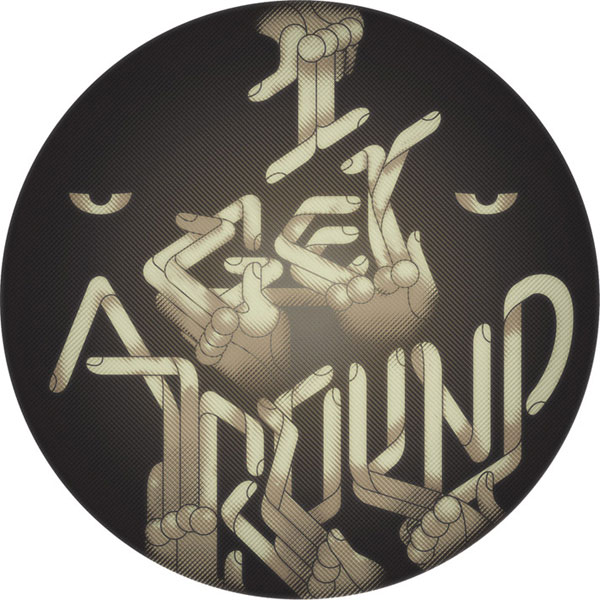 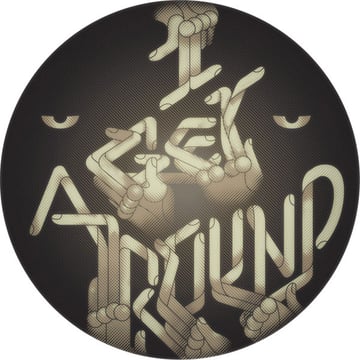 Sonali Vora
Hi, I am a designer and digital artist, I am extremely fond of anything that is related to graphic design, creating arts and all the yumminess attached to it. I aim to reach my creative goals one step at a time and I believe in doing everything with a smile. You can also find me on Twitter: @dezignMusings and on my blog.