Success comes with time and effort, and we can see a prime example of that in this weeks interview. As an extremely bright veteran of the design world Chuck Anderson has done a ton of work for large corporations such as ESPN, Reebok, and even created album covers for artists like Lupe Fiasco, and FallOut Boy. Chuck shares some important tips with us and gives us a look at his book "Wandering Off Into Space". So check out this interview and also check out that book, the proceeds go to charity.

My name is Chuck Anderson and I've been running my studio NoPattern for just over 5 years now. I'm originally from the Chicago area but currently reside in understated and quietly cool Grand Rapids, Michigan. As for how I got started, I've said this in a million interviews, but after high school I decided to take a break for a year before I went to college. During that time I was working on getting my personal art and design out on the web, in magazines, etc. and work started coming to me as a result of that.

In around the spring/summer of 2004 things really started to snowball and I got busy enough that I decided I would move forward with it and never look back, totally bypassing school. I had the support of my parents (I was 18 at this time) so I just went after my dream of being a full-time artist and designer as my own boss. Looking back sometimes I can't believe how well it's worked out. I'm very grateful to a lot of people. 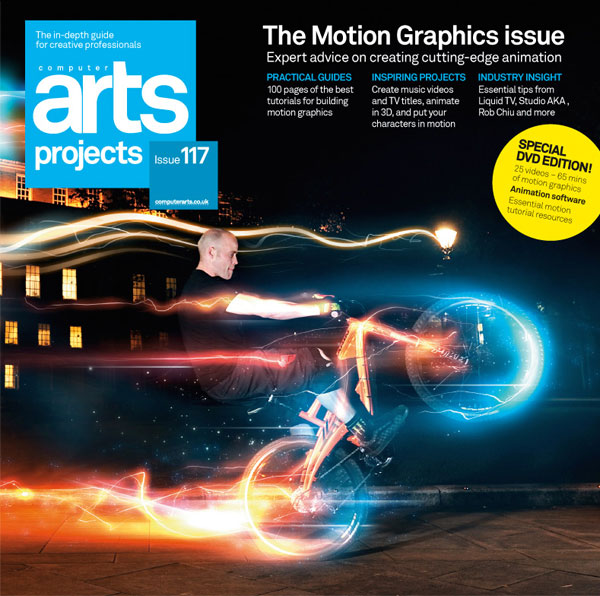 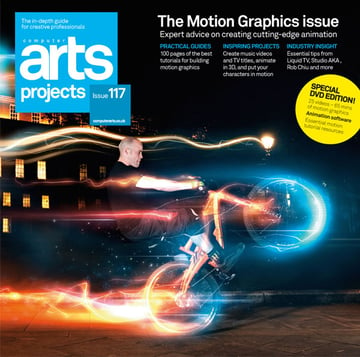 2. You are currently selling a book called "Wandering Off Into Space." Tell us what we are in for if we do decide to purchase it.

It's a look back at my work from the last 3 years or so, since I put out my last book in 2006. A mix of personal and commercial work including drawing, photography, illustration, and Photoshop work. It's really a supplement to my online portfolio, NoPattern - kind of a more permanent version of the site, something tangible to hold and show people in real life. 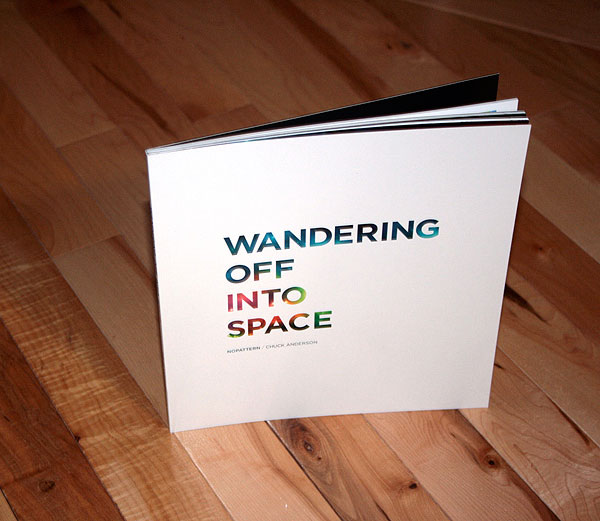 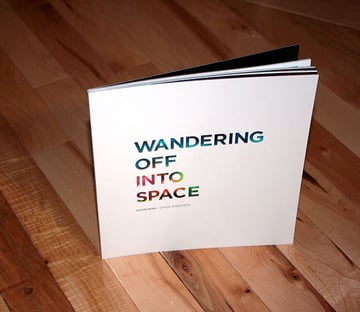 Wandering Off Into Space

3. Now give us some reasons why we should buy your book over the many other design books out there?

Ha. Put me on the spot like that! I don't know, because I'm donating portions of sales to Invisible Children and it looks nice on a Nelson bench or coffee table. 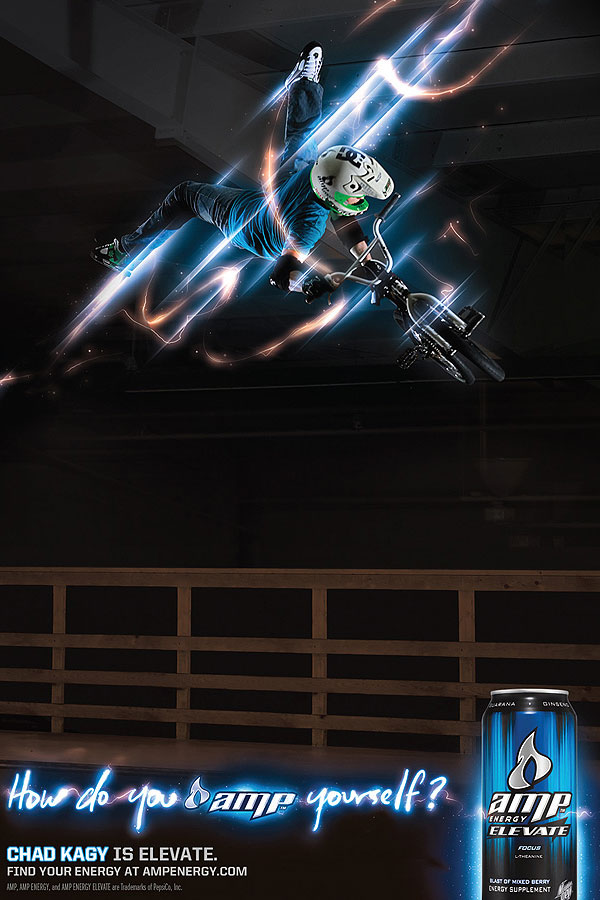 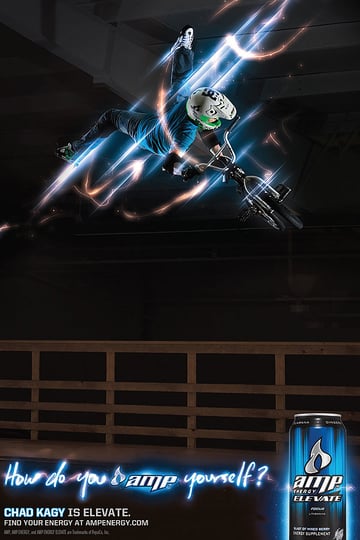 4. What initially made you want to create a book of your work?

I think it's really, really unfortunate that so many artists let their work live almost exclusively on the internet. Art and design - it's great seen on the computer screen for sure, but it's meant to be seen on walls or in a book, properly printed and in context of a page, rather than pixels. At least that's my opinion. Both are necessary, but I just love going above and beyond the regular old portfolio website.

Everyone is an artist or designer the moment they put up a site with a few designs on there. It takes a little more seriousness and dedication to invest time and money in producing, promoting, and selling a real actual book. I would encourage everyone who can to try doing it. I can also say from experience that being able to send a potential client a few copies of your book overnight really can seal the deal on winning work. It's worked wonders many times for me. Great way to help you stand out from others you might be up against for a new client's work. 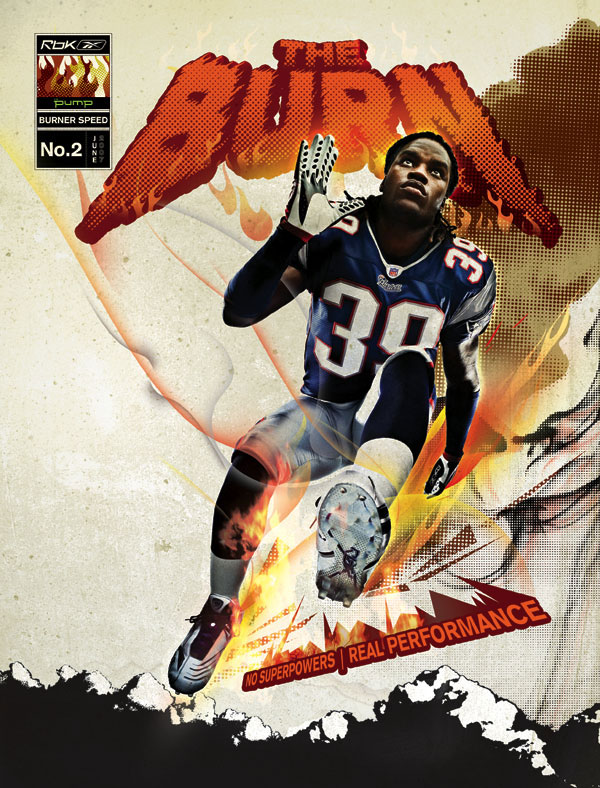 5. Many of our readers might not know, but you were the designer of the critically acclaimed album "Lupe Fiasco's Food and Liquor." Could you walk us through the whole process, from being contacted to creating the cover. And did you work hands on with the artist? Or did he give you a specific outline for the cover?

Lupe is a really visionary artist who is in a great position to promote fresh art and design. He contacted me after I met with him several years to do photos of him for LTD Magazine - we met in person in Chicago at St. Alfred's for that photo shoot and stayed in touch after. As for the process, he had this crazy skateboard with an illustration on it that inspired the whole look of him floating in the air with things around him.

We met up at a studio in Chicago, I did all the photography of him for the cover and back cover of the booklet, then shot all the photos of his belongings that are floating around him. So the vision and concept was all his - as for the aesthetic, production, and execution, that was all mine, inspired by his words and thoughts for it. Turned out really cool - a very memorable cover for a unique artist. 6. You have a very large client base ranging from companies like ESPN to Reebok. How does a designer build up a strong clientele?

I hate answering this question because I've realized there is really no right answer for it. The way I've gotten clients - by contacting people by email, having my work seen in as many online and print outlets as possible and just networking really hard - I feel is a great way to do it.

I don't know how to instruct someone to do that - just be personable, real, upfront, and above all, do attractive work that is memorable and unique. If you offer up what 100 other people offer up, you're going to be just that - one out of a hundred, or these days, out of thousands. So it comes down to unique, fresh, and forward-thinking design mixed with unending work ethic and a determination to succeed no matter what.

That's what sets some people apart. Also, think long term. Don't think that one magazine feature or one big client is the peak of your career if you're just starting out. Look at it as a baby step to bigger, better things. Always be thinking what's next while perfecting what's now. 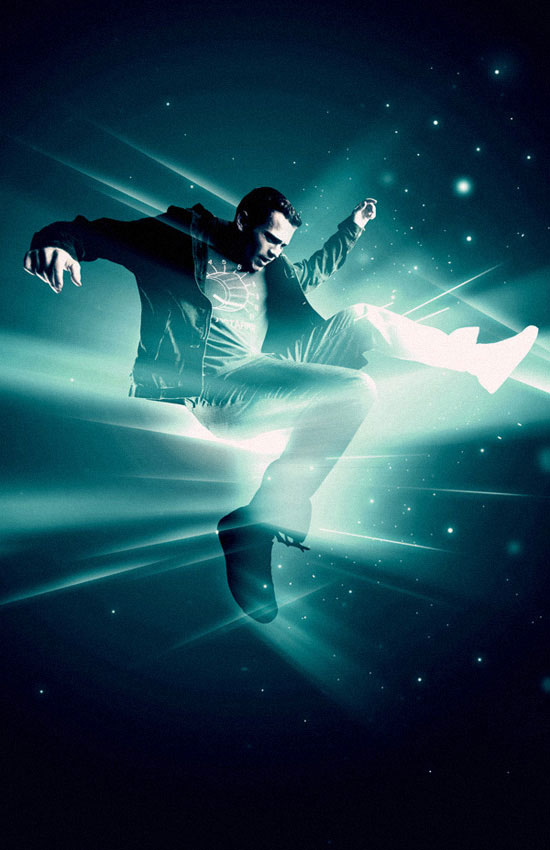 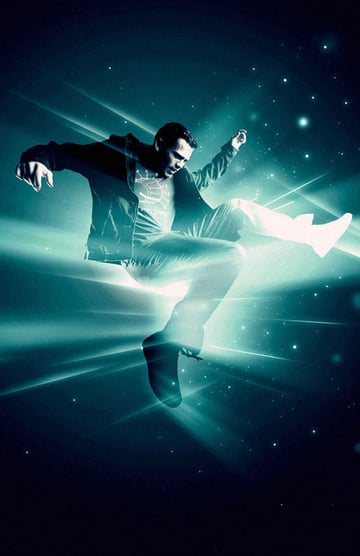 7. Can you tell us about your first Photoshop experience and how much you have evolved since then? What is the most important lesson you have learned?

My first Photoshop experience!? I have no idea. I remember getting like, Photoshop 4, maybe even 3, years and years ago. This is when I was probably in junior high. We're talking like 1999 here or something. So whatever I could get my hands on then, some limited or educational version, was all I had. I thought it was great, but so complex. I just remember using it and working at it all through high school and by my senior year it was second nature to me.

However, I have mostly learned that you always evolve with Photoshop, much like any other medium or tool. The most important thing to know is that you are always learning. Always a student to your medium. Even Annie Leibovitz said that about photography in an interview recently with American Photo. Be a fan, be a lover, be a student of your medium and that's how you'll become great at it. Never think you've mastered it, there's always something new to learn somehow. 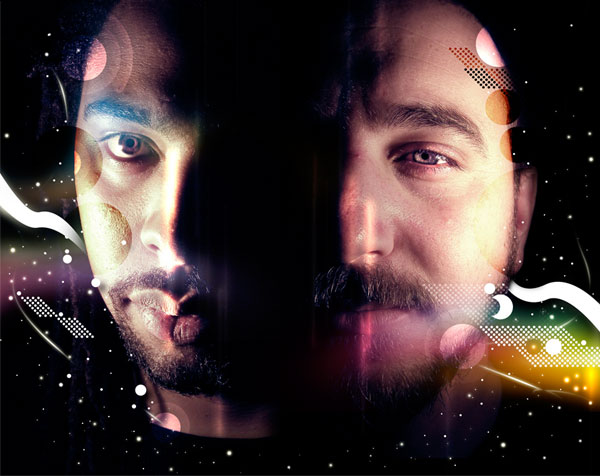 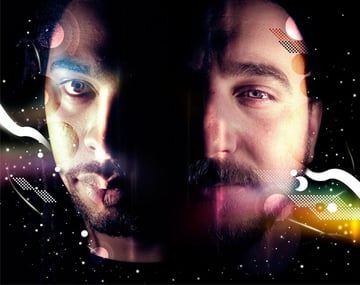 8. Are there any specific techniques you use when designing that you would suggest to someone who is starting out in the same field as you?

There are probably people that would like to murder me for saying this, but I've often designed in RGB first even if the final file has to be CMYK for print output. I've found it best to work in the natural color mode for a screen first, save your layered PSD, then flatten, then convert to CMYK (never convert to CMYK when its still layered...trust me.)

Then after I flatten, I'll pull the colors up with saturation and contrast control. This is really only used in specific instances where I know the client only needs the flattened image. Otherwise, I'll work from the start in CMYK. I don't know...that was probably a bad tip because you'll probably get yourself in trouble for doing that one way or another! Ha! 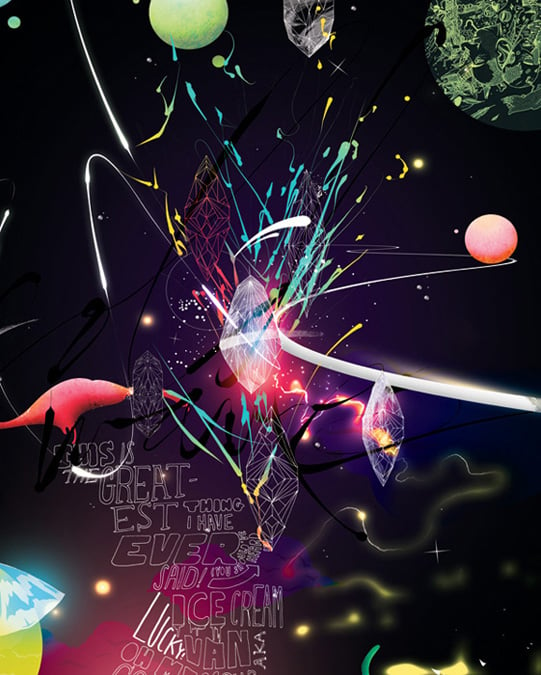 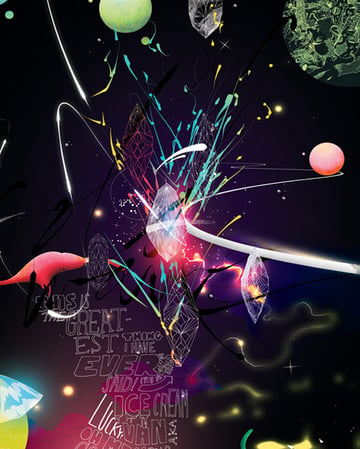 9. Thanks again for providing Psdtuts+ with this opportunity to interview you. Any final thoughts for our readers?

Don't try to be me or any other designer. Just find out what makes you YOU. Figure out what YOU love, what YOU love to do and create. Sometimes that requires a step back from actual working and designing and just looking, listening, getting inspired, and being a sponge to the world around you.

Don't force things. People who force things get forced out. Let it come to you naturally, slowly, pace yourself, have fun, and do it as long as you love it. Otherwise, it's not worth doing. Seriously, just have fun...best advice I can give. 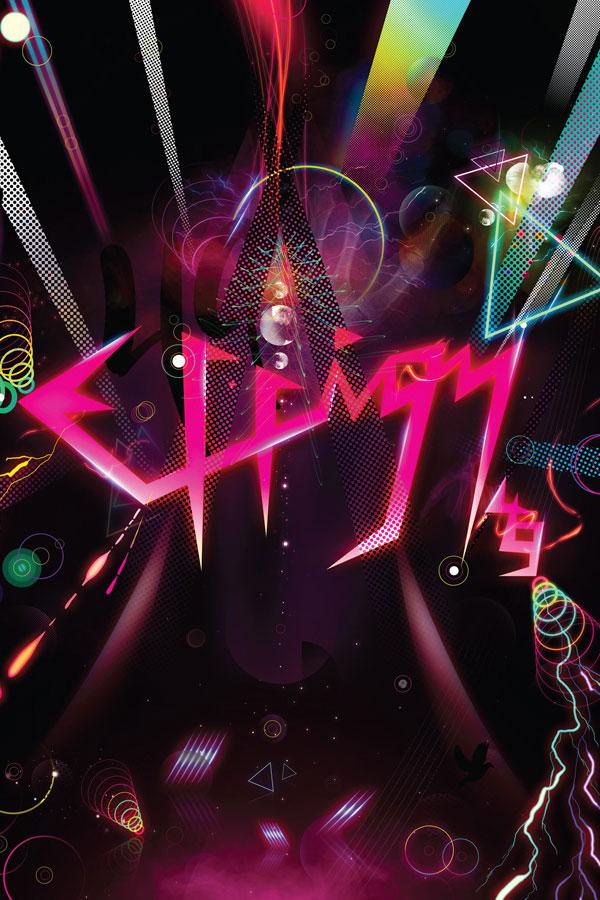 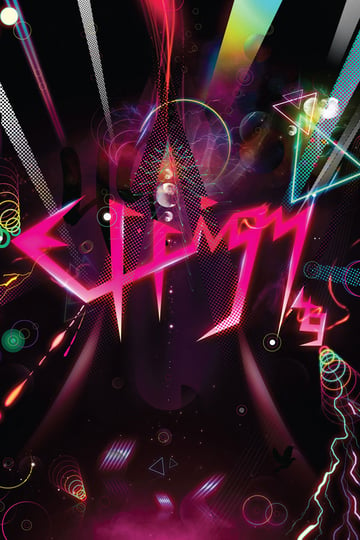 Where to find on the Web 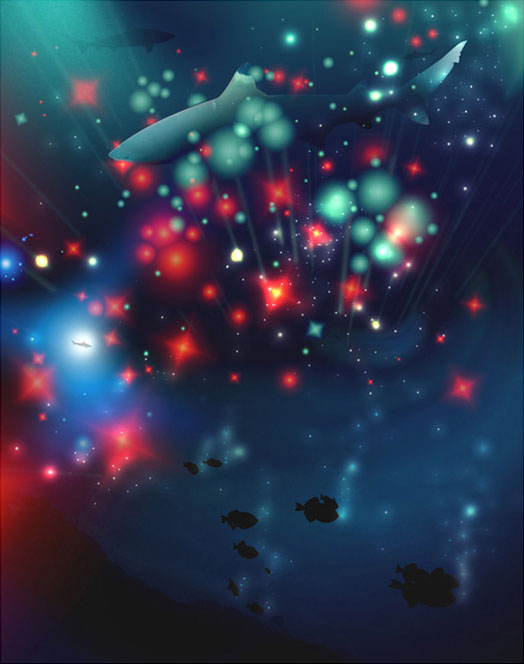 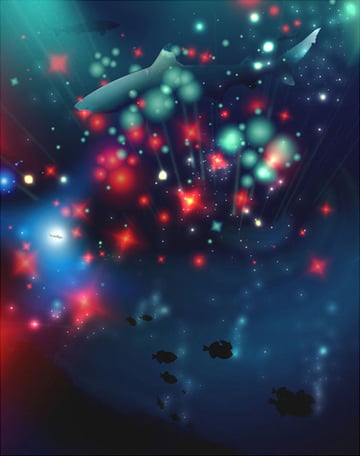 Of The Sea Of The Sky