Most people turn to Photoshop if the project they're working on needs high-level editing on details such as facial features, lighting and shadows. However, if you're looking to create detailed, scalable illustrations, Adobe Illustrator offers a superb selection of vector-based tools, such as the Pen and Pathfinder. For this reason, many fashion artists and illustrators are turning to vector to create their work. This compilation showcases a selection of thirty incredible, intricate and high-quality vector images with a strong focus on fashion. They have been produced by various artists and illustrators from all around the world, most of which work in the fashion industry. Take a look, this set is sure to inspire. 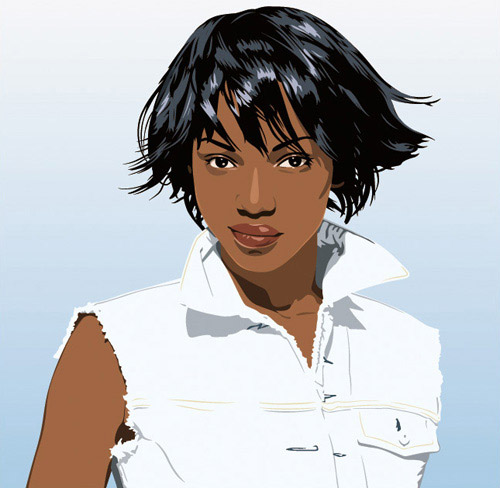 Arthur Mount is an award-winning illustrator based in beautiful Portland, Oregon. He received a BFA in Drawing from CCA in 1995 and has been working as an illustrator ever since. His work has appeared in various publications from all around the world, including US, Canada, Japan, South Korea and a large portion of Europe. He received the D&AD Silver Pencil in 2005.

Nina Edwards is an illustrator and specializes in advertising, fashion artwork, editorial design and publishing. As well as using Adobe Photoshop and Illustrator for her digital artwork, she can be found working with watercolor paint.

Christophe Lardot is a fashion illustrator who tends to make use of thin stroked lines and simple, bright color schemes. The quality in some of the linework is wonderful, especially in the flowy dress in the above example of work. 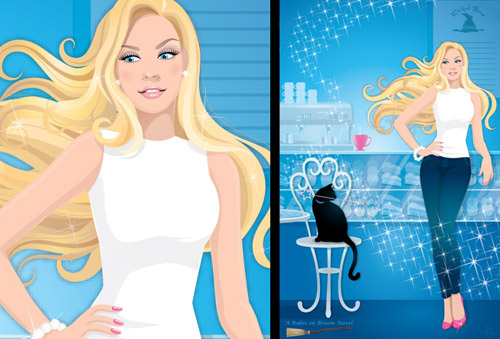 Kun-Sung Chung studied illustration at the Ontario College of Art and Design in Toronto and graduated in 2001. He was inspired by many subjects during this period. Since then, the fashion industry caught his attention, and after studying Graphic Design in Korea for 4 years, has been able to combine his skills in digital media, photography and painting to create colorful fashion illustrations with a clean yet sexy look.

Irene Maria Jacobs is a very successful graphic designer and illustrator, and has a huge list of well-known companies in her client list, such as Vancouver 2010, Vodafone, Vibe Magazine, ESPN NY, Toyota, MTV, Hedkandi and Mens Health NY. The list is growing, and you can quite clearly see why from the elegant and detailed illustratation above. 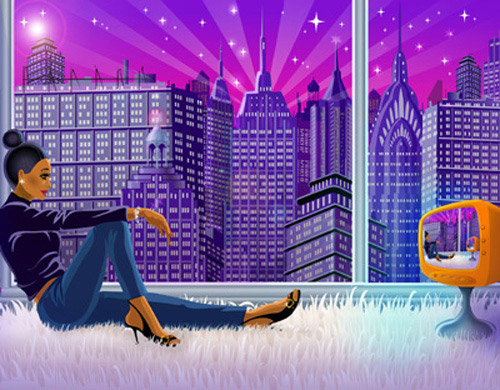 Jens Rotzsche is an experienced illustrator and specializes in contemporary vector graphics and lifestyle/pop illustrations. Born in 1965, Jens skipped studying art at college or university and jumped right in at the deep end to take on an apprenticeship as a theatre painter in the Staatstheater of Kassel, Germany, in 1983. He was working independently by 1992, and began to explore graphic design, computer animation and commercial illustration in the following years. 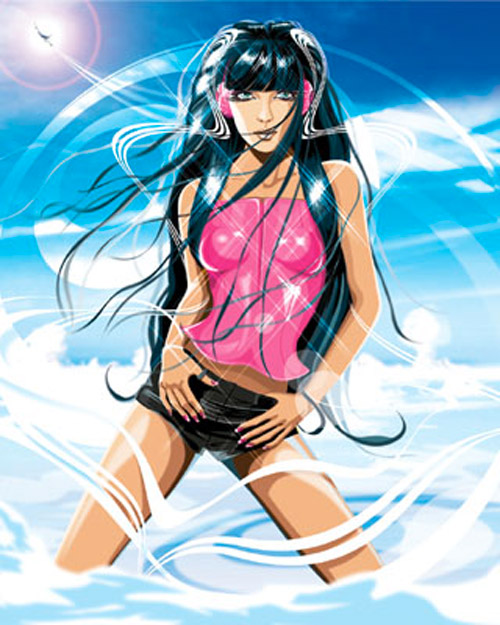 Herman Yap (aka Heage) started his career as a Graphic Designer in 1998. His keen interest in illustration did not stop at work, and many of his pieces have been featured in newspapers, magazines, and various other publications. A lot of his work elaborates on memories of people and places he has seen. 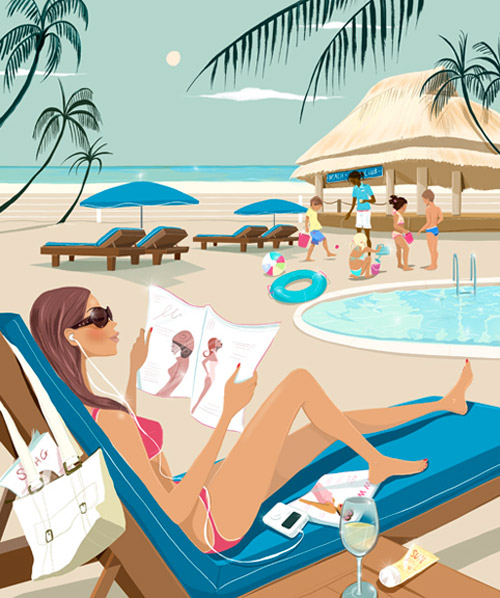 Lucy Truman is an illustrator who epitomizes chic stylish glamour and idealistic living, drawing inspiration from several sources such as modern architecture, retro interiors and 1950's-60's popular culture. Some of her clients include Marie Claire, You Magazine, Independent on Sunday and The Daily Mail. She is typically known to produce illustrations for pretty and feminine products with a fashionable twist. 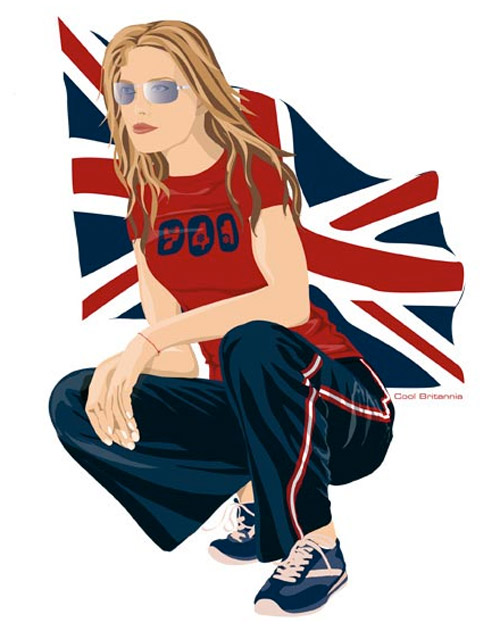 Jacquie O'Neill has a large and varied client base from both the UK and US and it's easy to see why with her extensive experience in packaging illustration as well as editorial, publishing and advertising design. She is a freelance illustration and works from her own studio on the beautiful Cornish Coast.

Zed was that guy in school who was always drawing. At the age of 21, he used his illustration skills to create artwork for a local newspaper whilst he was living in London. Back in Brazil, his work appeared in award-winning comics; he also worked on movie animations, clothing, book illustrations and album artwork. His main focus, however, is editorial and advertising illustration. He has worked for various clients such as Playboy, Red Bull and MTV. 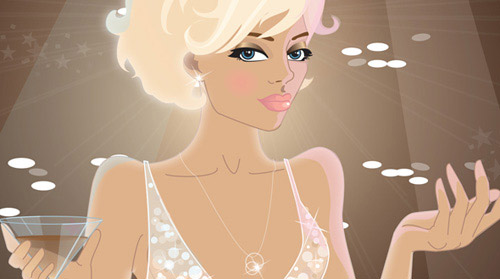 Amy De Wolfe has been a freelance illustration and graphic designer for over four years. She is inspired by the people and sights of the city, and uses that inspiration to capture the look and feel of all that is vibrant about life in the modern world. She has worked for a range of clients, including Woman, We Go Eco and Storieboards.

Mats Bergen seems like a very secretive individual and doesn't share much about his life on his web portfolio. We do know, however, that he lives in Vienna, Berlin, and uses bold, vivid colors in his illustrations to bring them to life.

Morgon Jones (aka Phunky Venom) is a 22 year old Graphic Designer from Wolverhampton. He recently graduated from University with a First Class with Honours and is now venturing into the big bad world of design and illustration. 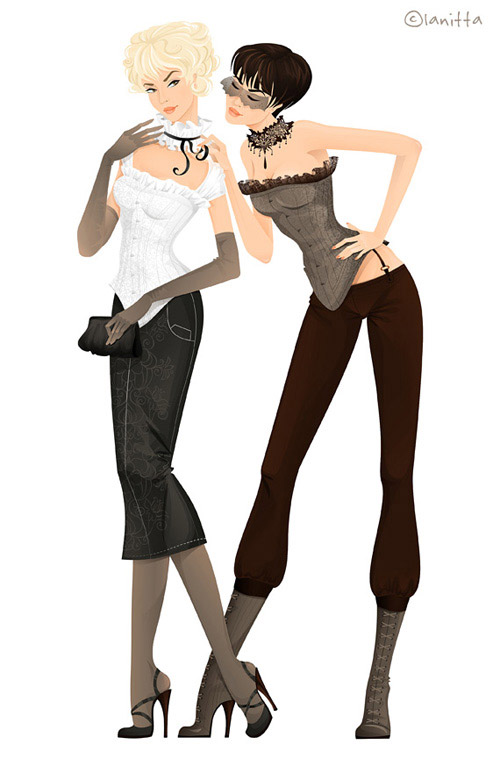 Svetlana Makarova has a very clean but elegant feel to her work, making use of subtle gradients and fine, detailed lines to make her illustrations incredibly detailed. 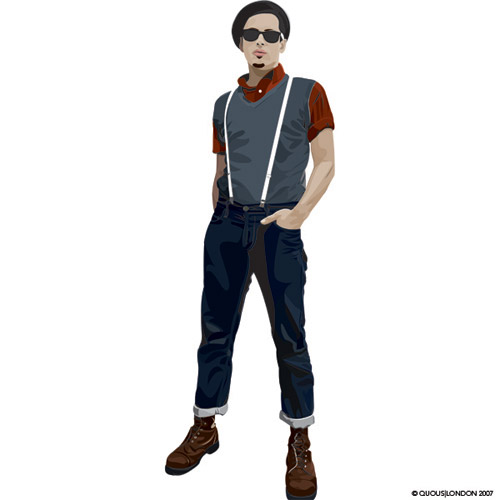 Becky Coyle is a designer who is currently working in the cut-throat world of web design. She also works as a freelancer on a whole range of projects from illustration (as seen above) to brochure design.

Juan Camilo is a very talented individual, and can be found taking part in various projects making use of a handful of great skills such as Graphic Design, Illustration and Three-Dimensional Artworking. He is a student at Universidad de Bellas Artes.

Helen Huang started showing her passion for art before she could remember her life. She was born and raised in China before she moved to US to explore the other side of the world. By day the is a full time designer at an interactive advertisement agency in Los Angeles, and at night she wanders in her fantasy art world, trying to capture every inspiration she has to help share her vision with the world.

Merwe is a superb illustrator and makes use of various vector elements in all of her work. She tends to stick to the fantasy side of the world, using flowly lines and strong colors. 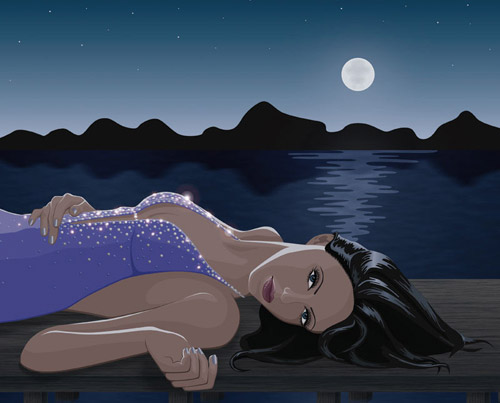 From her youngest days (age 10) selling knitted cat toys on consignment and earrings at the Palace of Fine Arts, San Francisco native Natalie Walsh has shown an inclination towards the artisanal and creative. After exploring textiles, stained glass, jewelry and photography, she graduated from the Textiles and Apparel Design program at Cornell University. She is now working as an Art Director having won awards for her fantastic illustrations which have appeared on everything from iPod covers to snowboard skins. 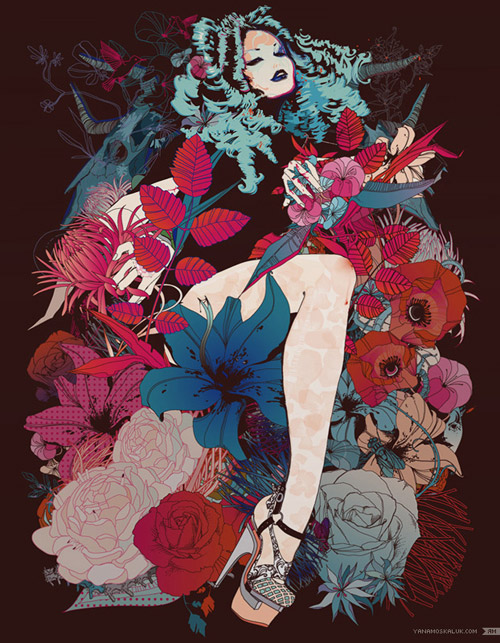 Yana Moskaluk is a Russian illustrator currently living in Moscow and has a very unique and interesting style to her work.

We want to know what your favorite illustration in this showcase is, and why - let us know in the comments section at the bottom of this showcase!

Callum Chapman
Callum Chapman is a self-employed blogger, author, graphic designer and illustrator. He is the founder of Circlebox Blog, and is also the founder & co-owner of DesignGiveaways.com, a design blog dedicated to giving cool products away! Drop him a line at Twitter!
Weekly email summary
Subscribe below and we’ll send you a weekly email summary of all new Design & Illustration tutorials. Never miss out on learning about the next big thing.
Advertisement
Translations