Grant Friedman: The Guy Behind the Curtain

On this site I profile many of today's top designers and artists whose work is seen all over the world. But what about a designer who spends his time behind the scenes ensuring that Psdtuts brings you only the best tutorials and content? Recently I had a chance to have a very entertaining conversation with Grant Friedman, Psdtuts' fearless leader. Now here's your chance to learn a little bit more about the guy behind the curtain and what it takes to join the team.

This past summer, a large group of Envato employees, from site editors to the company's founders, descended on Chicago for the first of what is sure to be many company meetups around the world. One of those in attendance was Grant Friedman, Editor of Psdtuts.

Friedman described the meetup as being very "family-like" and he said it was finally nice to meet everyone that he's been working with for so long. One of the people in attendance was Sean Hodge, the former editor of Psdtuts and current Editor of Vectortuts and Freelance Switch. Friedman had been writing for Vectortuts for some time before Hodge recommended him for the Psdtuts editor position. "I worked with Sean for quite some time before I became the associate editor of Psdtuts and he taught me a lot," he said. 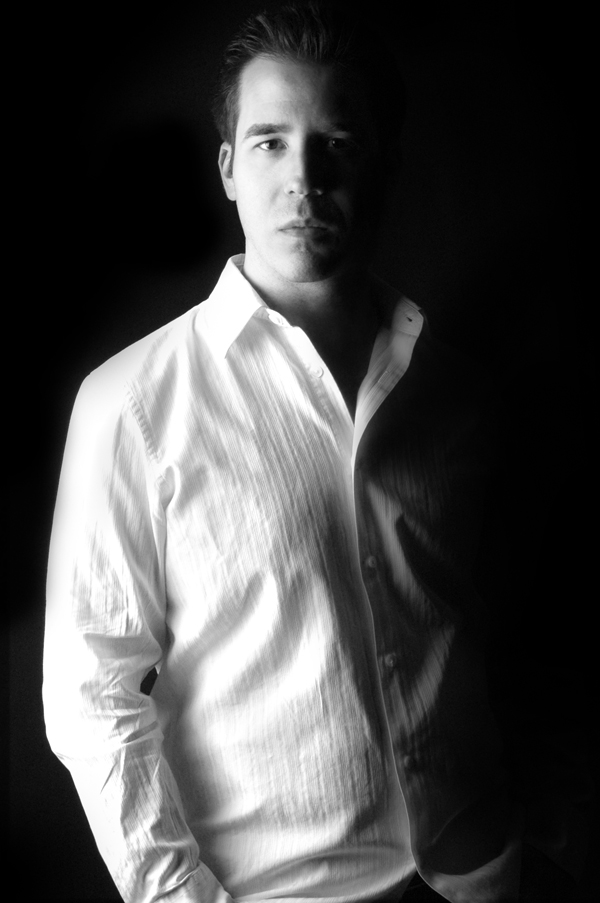 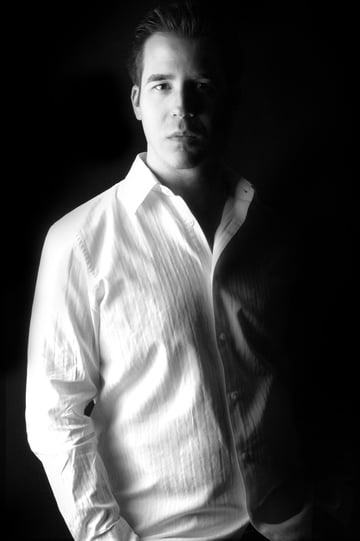 Though he was born and raised in Louisville, Kentucky, Friedman recently moved to New York City where he currently lives with his girlfriend of three years, Hallie, a jewelry designer. While he loves New York, he'd probably rather live on a beach somewhere with lots of sun.

He grew up in a home on a heavily wooded lot and spent much of his youth creating space ship models from pieces of cardboard and playing video games, mainly Duck Hunt on Nintendo. Yes, he did put the gun right up to the TV screen to shoot the ducks, just like the rest of us. His mother, Helen, of "Desserts by Helen" owns an award-winning bakery chain with three locations in the area and his father is an attorney. Friedman is the youngest (by five years) of the three Friedman children, but that doesn't mean he got special treatment when it came to baked goods. "My 4-year old nephew gets large, elaborate birthday cakes. I, on the other hand, am lucky if they can even remember my favorite flavor; yellow cake with cream cheese icing." Hear that, mom?

While he may not have been the kid with the coolest birthday cakes in the class, he did use the bakery to his advantage as a teenager. "When I was in high school I used to raid the bakery early in the morning and sometimes I'd stop in late at night when I had the munchies."

At age 30, Friedman doesn't raid the bakery much anymore. In fact, you're more likely to find him in a gym than a sweets shop, he doesn't drink anything caffeinated and only partakes in the occasional cocktail - a Tanqueray and tonic. He's a huge fan of sci-fi TV and movies, especially Stargate SG-1 and Star Wars, though, he's quick to point out, you'll never catch him watching "the Sharktopus movie of the week or anything with ghosts or monsters, those are stupid." 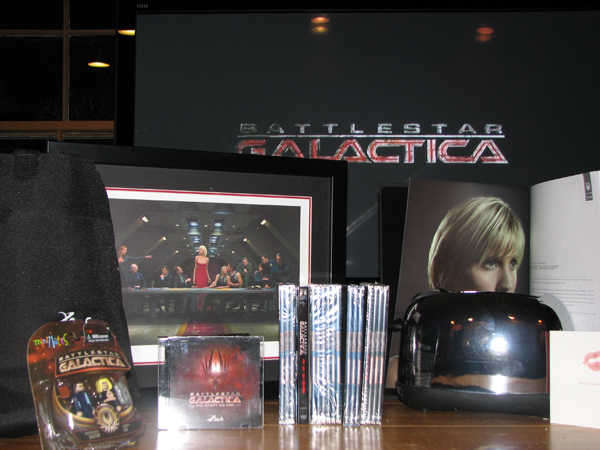 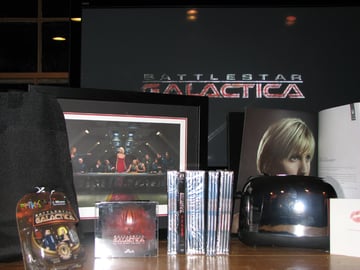 When not watching heroes fight otherworldly battles, Friedman works. A lot. His workflow with Psdtuts is steady as they have a 6-day a week posting schedule and according to Friedman, his weekends are pretty much like his weekdays. "There are always tutorials and articles to approve, edit, and schedule and new designers to recruit. I typically work on and off throughout the day and don't stop until I go to sleep." Psdtuts currently receives about 3 million visitors a month and Friedman has plans to push that number even higher. "I want to make it the best design site out there. I'm currently working on getting more Adobe Certified Master designers, in other words, more experts." And that's just for the Tuts+ site. He's also continues to run his design blog Colorburned, which is how Friedman got on Sean Hodge's radar in the first place. He had started the site to showcase his work in order to find a job. It worked.

So what does it take to get on the radar of Psdtuts? Well, a solid portfolio is a must, of course. And having a thick skin doesn't hurt. In order to keep up the high standard of excellent tutorials that the audience demands, Friedman often finds himself doing some heavy editing of submissions or even sending them back to the writer. "It's extremely important for the final product to be exceptional because the audience expects perfection. Ultimately, we look for tutorials with a strong final result. But we also look for unique designs and techniques." But Friedman also looks for those designers have some writing chops.

This caricature of Grant was painted by Jason Seiler for a Premium Tutorial on Psdtuts.

Even though he's now the one holding the "red pen" when it comes to approving, rejecting and revising submissions, Friedman remembers how it was to be on the receiving end of things. "When I started out writing tutorials for Vectortuts and Psdtuts, Sean frequently rejected my submissions. I finally decided to focus my efforts elsewhere. I ended up putting together lots of roundups and freebies for both sites."

Writing seems to come just as naturally to Friedman as design does. This fact was recognized in late 2008 when Angela Patchell of Angela Patchell Books approached him with the idea to write a book about retro design because she had seen some of his work on Colorburned. Nine months later, when it was all said and done, Friedman had completed every step of creating the book himself including writing the content, designing the front cover, laying it out and creating most of the interior graphic content. In November of last year, Retro Style Graphics was published. "I had honestly never seriously thought about writing a book before. Even though I was a little nervous about the whole process, I enthusiastically agreed and started work."

So what's up next for Grant Friedman and Psdtuts? Well, there's a lot in the works. Including several series of Photoshop tutorials, for both beginner and advanced users. Some of these series are still in the early stages but others are already starting to come online. "I'm looking forward to wrapping up the rest of Photoshop Basix Series by Martin Perhiniak. This is a 25-part video tutorial series demonstrating the basics of Photoshop for our readers who are completely new to Photoshop." We're also about to wrap up the Cosmic Series by Ed Lopez. We've also got a few more series in the works which should turn out great. Aside from that you can expect to see an increasing number of high quality, top-notch tutorials on the site in 2011. As for Friedman, "I'm not going anywhere. I'm really happy and content here. Envato is growing so fast and I'm so excited to be a part of it. I feel really comfortable where I am. If I could only move my office to a beach somewhere..." 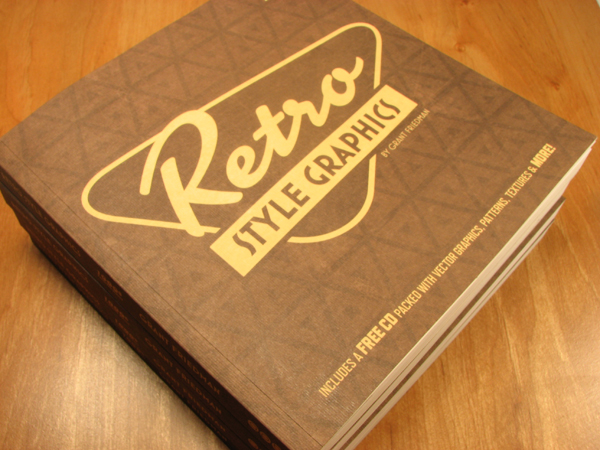 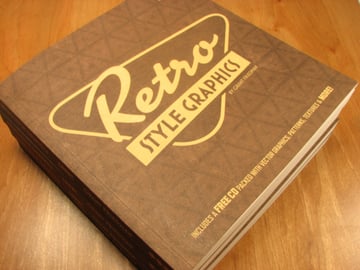 Retro Style Graphics, a book that Grant published in November 2009.

NewsAdobe Photoshop
Did you find this post useful?
Yes No
Would you like to provide feedback (optional)?
Cancel Submit
Want a weekly email summary?
Subscribe below and we’ll send you a weekly email summary of all new Design & Illustration tutorials. Never miss out on learning about the next big thing.
Sign up