From Paula Scher to Wilco: Illustrative Lettering as Cultural Storytelling

Illustrative lettering, by definition, lives at the beautiful intersection of typography and illustration. It blends the aesthetic sensibility of the type designer with the creative edge of the artist and the narrative magic of the storyteller. This latter property is incredibly important, particularly in understanding the broader cultural and social relevance of illustrative lettering as a tool of self-expression and a storytelling medium.

Hand-drawn type and letter embellishments are arguably as old as the history of modern communication itself, beginning with the invention of the phonetic alphabet and ending with the logotypes of today's hottest tech brands, passing through the meticulous calligraphy of the Renaissance and the stunning Victorian engravings of the 19th century. But it isn't until the mid-20th-century that illustrative lettering truly begins to tell a story, not merely a design story but a cultural one as well.

This Post is Day 5 of our Illustrative Lettering Session. Creative Sessions

An Antidote to Minimalist Typographic Trends

In the 1960's, a certain minimalism took hold in the design world as the exports of Japanese aestheticism reached the West, the clean lines of Western European design crossed international borders, and every science textbook, every street sign, every concert poster was set in Helvetica. And while the now-iconic typeface may have sprouted a near-cultish following, what began as a reactionary rebellion against the superfluous decor of eras past resulted in a counterculture of its own.

Designers began embracing illustrative lettering as an antidote to the commoditized sterility of Helvetica. What started as innovative and radical ended up contrived and overused, prompting designers to invent a new breed of illustrative lettering that channelled this frustration with the sea of sterile sameness and begin to use type as a creative canvas.

In the late 1960's and early 1970's, the more imaginative and illustrative approaches to lettering of past eras – Art Nouveau, Victorian typography, Art Deco – experience a resurgence, a reinvention in which artists and designers blended existing aesthetics and really embraced typography as a medium of self-expression and social commentary in an age of counterculture, flamboyance, and social revolution. 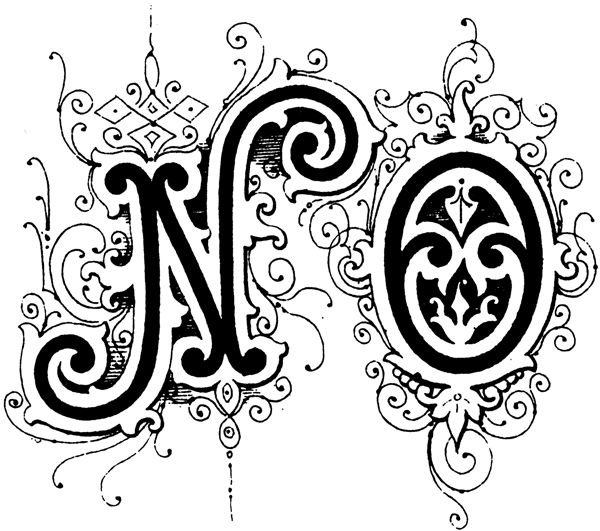 Leading the way in this new design movement was Paula Scher, who built an entire career out of her hate for Helvetica.

"I thought the typeface Helvetica was the cleanest, most boring, most Fascistic, really repressive typeface. And I hated everything that was designed in Helvetica." - Paula Scher

Scher began designing record covers that mixed up Victorian design, with pop, with Art Nouveau to a brilliantly vibrant and playful effect, which she later translated to her iconic illustrative lettering on everything from performance posters to magazine covers. Defying the line structure of traditional typography, her type told a story, a populist tale of sticking-it-to-the-man reactionary exuberance. 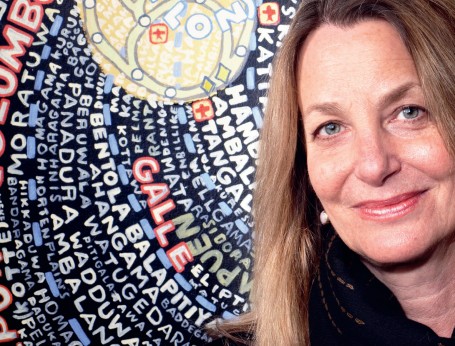 Much of Scher's work had to do with the music industry – record sleeves, Broadway posters, music magazine covers – and its influence can be traced to the contemporary use of illustrative lettering in the same intersection of the arts where her career began: Music artwork.

A Visual Vehicle for a Creative Narrative

Today, some of the most exciting work in illustrative lettering happens precisely there – in album artwork, concert posters and band t-shirts. This relationship goes back to the storytelling and self-expression capacity of illustrative lettering, something fundamental to music culture on both sides of the production-consumption scale.

For artists, an album has a creative narrative that its artwork needs to communicate, and a poster captures the implicit story of what the artist's music stands for; illustrative lettering becomes a brilliant visual vehicle for conveying these stories. For fans, a band t-shirt is a medium of self-expression, a canvas on which they get to frame the stories they tell about themselves to the world through the badge of their music taste. Where pure typography sends a static message, illustrative lettering tells a dynamic story of this self-expression.

Gig posters are a particularly rich source of illustrative lettering today. The best of them manage to preserve the artist's recognizable name and identity, while wrapping it in a layer of whimsy and excitement that parallels the promise of a live show – and that's exactly what illustrative lettering does, it keeps the core message readable and recognizable while drawing a mood and a story around it.

Some compelling examples: Designer Mikey Burton's posters for Spoon, Wilco and Trombettas make brilliant integrative use of lettering and illustration so that neither dominates but, rather, the two tell a cohesive story together; Minneapolis studio Aesthetic Aparatus' work for Dark Meat and A.C. Newman is an absolute visual treat; FloraFauna, a design office and print operation hybrid also in Minneapolis, has a wide array of gems, including posters for Peter Bjorn & John, Handsome Furs and Tapes 'N Tapes; Barcelona-based designer Alex Trochut is a master of 3D illustrative lettering – his concert poster for The Decembrists and album artwork for The Rolling Stones speak volumes about the medium's creative potential. 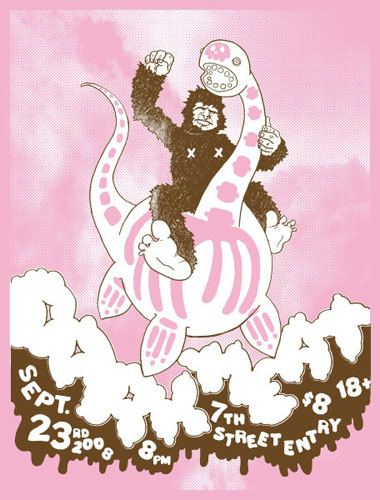 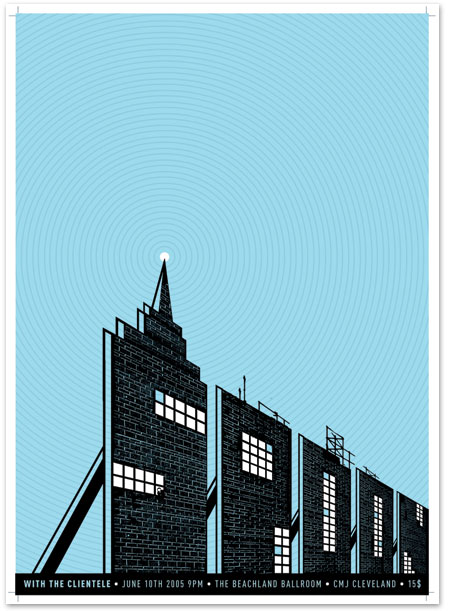 Spoon Poster for performance at the Beachland Ballroom during CMJ Cleveland, by Mikey Burton

Cover Lettering for the Rolled Gold PLUS Album of the Rolling Stones, by Alex Trochut

Music artwork is just one example of the expressive capacity of illustrative lettering, but its storytelling power extends into just about every aspect of culture. Ultimately, illustrative lettering reconciles the best of two very different worlds – it takes the ability of illustration to tell an imaginative and abstract story, and tames it with typography's penchant for the concrete message, producing a powerful punch of controlled flamboyance. And isn't that the holy grail of all creativity?

Maria Popova
Maria Popova is the editor of Brain Pickings, a curated inventory of miscellaneous interestingness. She writes for GOOD Magazine and Wired U.K. and spends a shameful amount of time on Twitter.