StarCraft is one of my all time favorite video game franchises. I started playing back in high school - way back in 1998. I continued to play it off and on throughout college but eventually stopped when it seemed as if Blizzard would never release a sequel. Fast forward about 12 years and today, StarCraft 2 is a thriving e-sport with people like HuskyStarCraft and Day9 pushing the game on their YouTube pages. Since I am such a huge fan of the game, I decided to showcase some of my favorite pieces of StarCraft fan art for all of you to enjoy. Most of these pieces were found on the Blizzard website although some of them can also be found on Deviant Art. Let's take a look!

The piece by The Chaotic Knight on Deviant Art portrays the final battle between the forces of StarCraft hero Jim Raynor and villain The Queen of Blades in StarCraft 2: Wings of Victory. As you can see, a massive battle looms overhead that include Battlecruisers and Zerg forces. 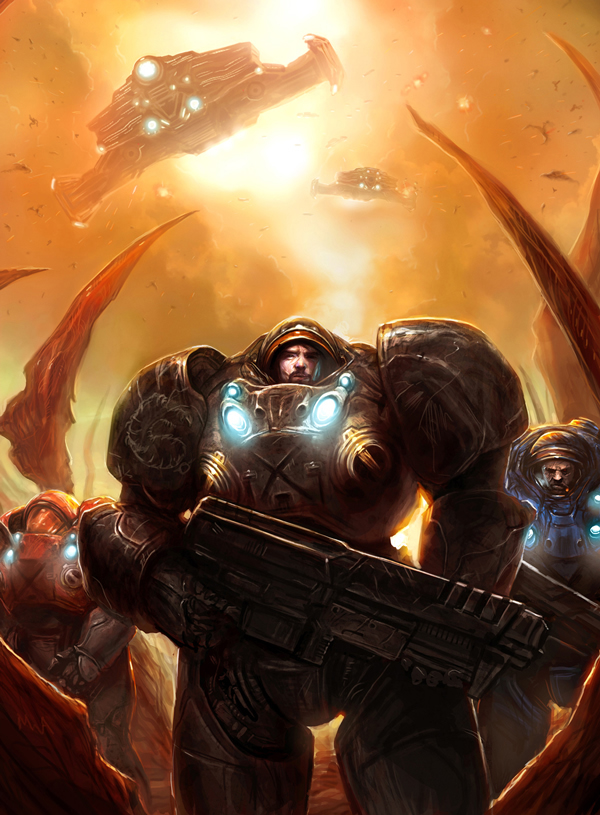 This piece by Brian Cosmiano portrays a Terran marine as he takes cover in a trench.

This piece shows Jim Raynor during a battle as the world around him burns. 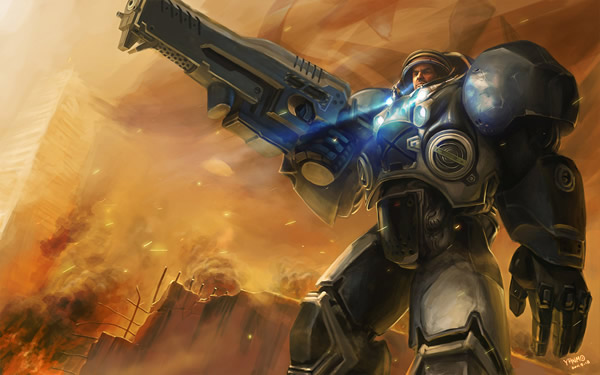 The Zealot of the most basic battlefield unit in the Protoss arsenal. This piece by Yi Yoon-Gi shows how rugged and deadly they can be. 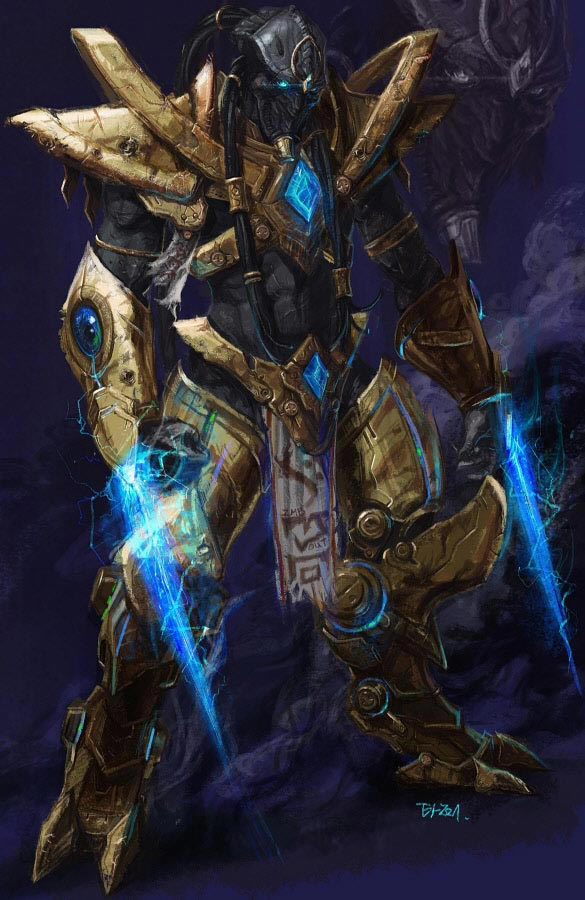 Char is a resource rich planet that was eventually settled by the Zerg. This piece by Matthew McKeown shows just how inhabitable this planet can be, even without the Zerg.

Adjutants are a form of artificial intelligence that provide players with key information about an objective or mission. This piece by Kaynine shows a side of them that most of us probably didn't expect.

I Love The Smell by Magnus Fallgren

This piece by Magnus Fallgren portrays a marine taking in the sights and smells of battle.

Be Still by Magnus Fallgren

In StarCraft, sometimes it's best to wait until the perfect time to strike. This piece by Magnus Fallgren shows a marine keeping his cool while a hydralisk passes by.

Stay Away From Me by Magnus Fallgren

In yet another piece by Magnus Fallgren, a Ghost takes a knee during a rain shower.

This piece by Bin Zhang portrays a battle to the death between a marine and a hydralisk.

This rendering of a marine shows what it would look like as a die cast action figure.

In this piece, a Thor, the largest Terran unit is blasting away at some unknown enemy.

You Dropped Something by Daniel H Chang

This Zerg Ultralisk is letting a marine know that he dropped his weapon on the ground. This will end well for the marine...

This painting shows a team of marines engaging Zerg Mutalisks in battle. 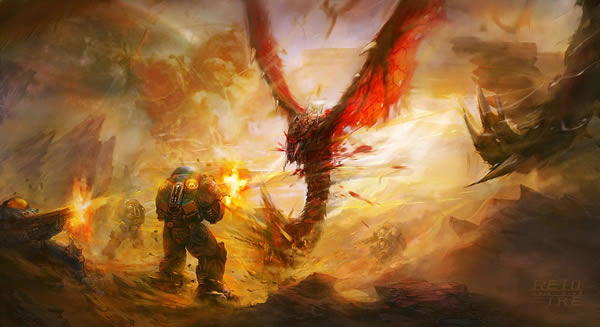 I Come From the Shadows

This piece shows a Terran Marine and a Protoss Dark Templar.

This painting shows the Terran character Tychus as he calmly walks away or towards battle.

In this painting Terran forces seem surprised as the Zerg invade.

This portrait shows several Terran and Protoss units together as one happy family. 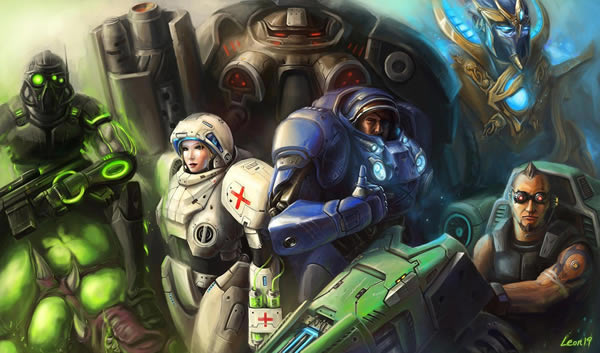 This rendering of a Protoss Zealot shows a ton of detail.

Once a key part of Terran unit structure, the Medic has now been replaced by the Medivac, an air unit that heals bio units from the sky. This rendering by VonSchlippe shows a medic up close and personal. 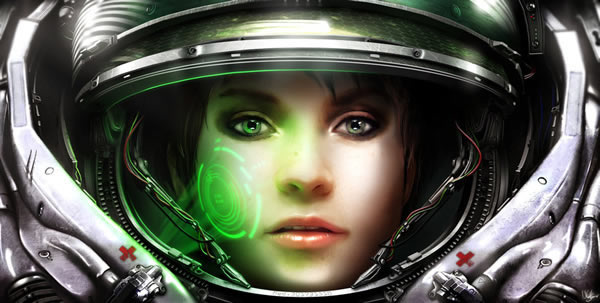 This painting by Neocromagnum shows a marine who may be in a bit of trouble. 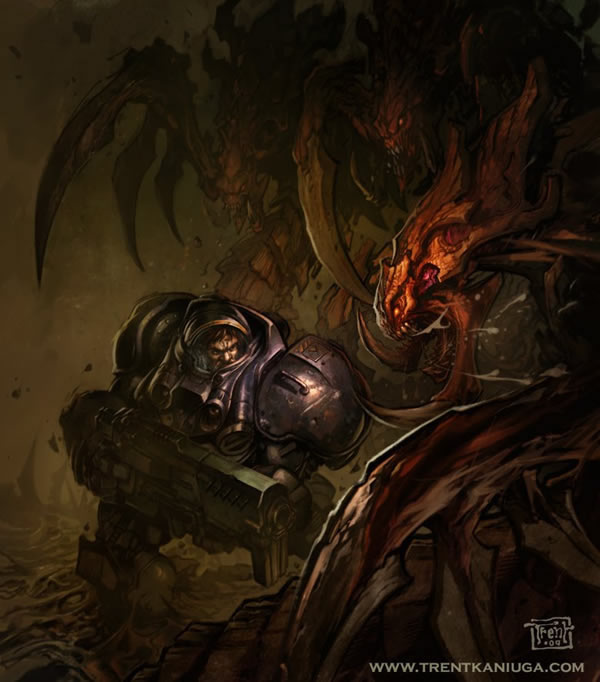 These Zerg Overlords may need to spread out a bit so those missles don't take them all out.

This piece shows a fleet of battlecruisers emerging from a blue planet.

Reapers are new units in StarCraft 2. Their rocket packs make them excellent units to use to scout out your opponent's base.

This hydralisk can see the whole battlefield from the top of a cliff.

This marine is wreaking havok with his dual wielding machine guns.

This marine is taking advantage of an opportunity and is attacking fast before it is too late. Hopefully, that Mutalisk doesn't see him.

This ghost is just hanging out, relaxing.

This Terran Ghost looks both formidable and sexy. 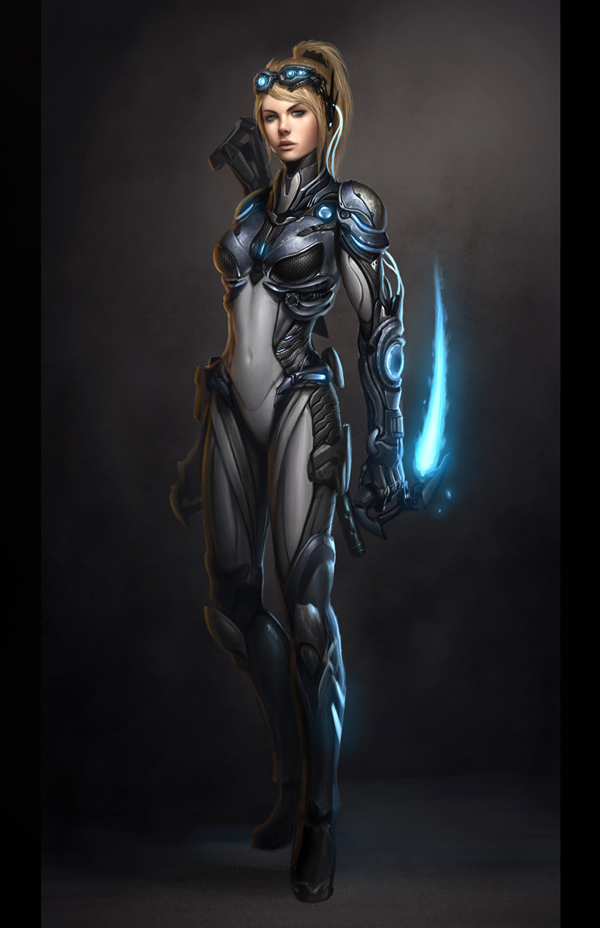 This Terran marine is about to become an afternoon snack for this Ultralisk.

This Protoss Zealot stands atop his fallen enemies.

This hydra stands guard as her larva grows.

Jim Raynor is dwarfed by is marine armor. 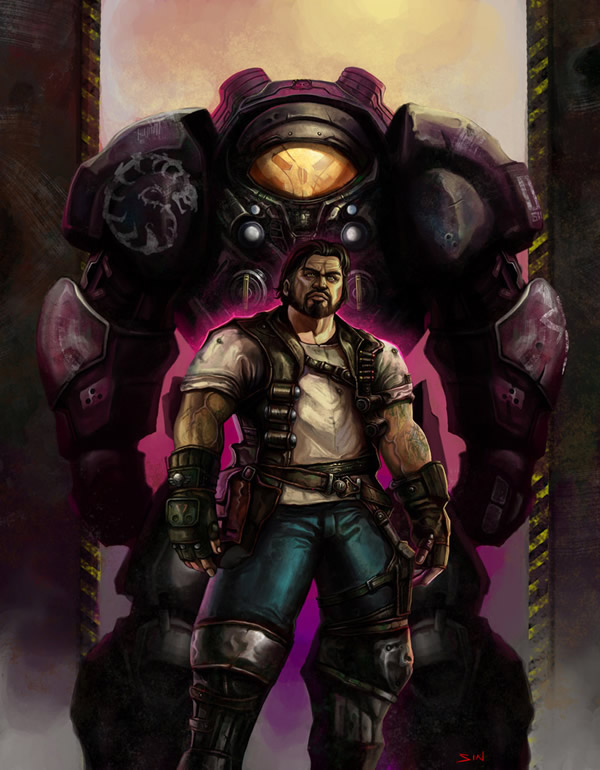