Developing a Passion for Illustrative Lettering

Since you were a wee little tyke, you probably were taught that letters are for reading. We all have spent countless hours learning how to write letters, form words, and eventually read big huge books. Which obviously is a very much needed skill for our topic at hand, but in-order to develop a true passion for illustrative lettering you have to see letters.

In this article I'd like to present some thoughts and theories that I use for creating illustrative lettering. I will show samples and explain a bit of the background info to further emphasize my thoughts. The goal is to simply supply some insight and hopefully a bit of inspiration.

This Post is Day 1 of our Illustrative Lettering Session. Creative Sessions

Look at a letter, not as you were taught, but as a shape? Does the letter 'j' look like an upside down candy-cane? Does the shape of a word look like or form something else? Is the body of text really someone's face?

Weather you are dealing with a single letter, a word, or a block text; everything is shape or a combination of shapes. Dealing with shape is the single most important aspect of illustrating letters. Once you find a shape solution, everything else seems to fall in place. And since letters are just shapes, the possibilities are endless.

I was asked to do a tutorial on "Illustrating Type." For this project, the instant I looked at the word "Type," I immediately saw a pencil. To me, the shape of the word looked like a pencil. From there it was easy, check out the process here. 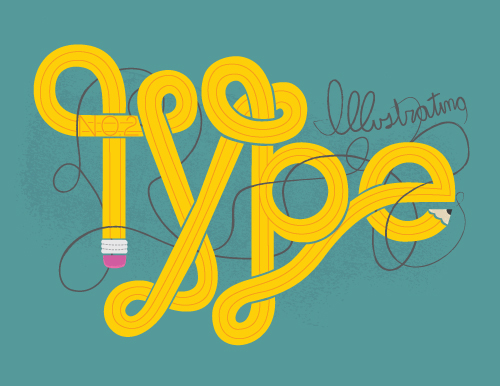 I don't want to get into the "One style vs. numerous styles" discussion, my belief is whatever you do, do it very well. Even if someone doesn't necessarily like the subject matter or concept of an illustration, I think it never hurts to impress the viewer visually.

The "ThisIsnotImportant" poster (below) has, in some ways, become the style of lettering I am known for. I drew it more than three years ago and since have been commissioned countless times, based strictly on that image. My point being that, it's about figuring out your style and simply going for it. Being the best at that style, owning the style - style, style, style. 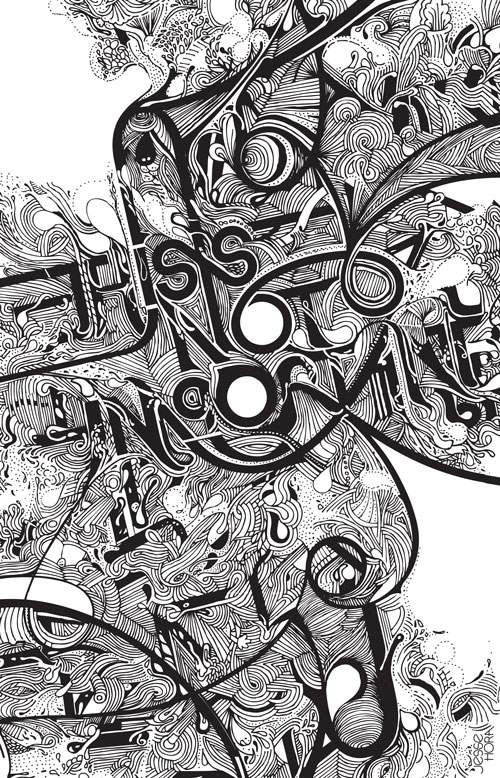 As with any project, you need to build your ideas on, and continuously keep in mind, the purpose of the given project. You may spend hours, days, months, even years on a project. What/where will it end up? Is it for a school newspaper? A church bulletin? A nationwide advertising campaign in the youth market? Always think about what will it be used for.

The image titled "the" below was created during a project for a large parody newspaper. And while they are one of the most unique and entertaining companies I've seen, they still are a larger corporation. Therefore, this lettering inevitably was not chosen for the final direction and was unused. But, as I mentioned previously, it impressed people visually, Cough! 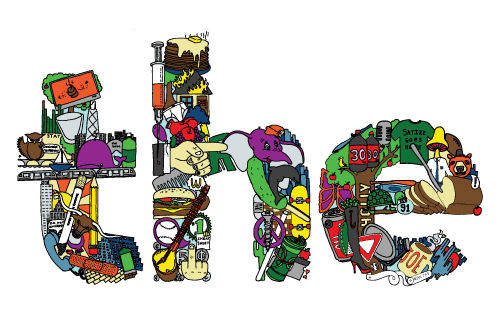 The overall look or feel of any image will determine how it's perceived and received. Every small, little, minute detail of an image can and will be scrutinized. Think big in the beginning; sweat the details in the end. Take care when constructing and creating lettering/illustrations.

Most illustrators or artists have their own particular process for what they do. Continuously keep refining your process and trying to improve even the smallest details. I have redrawn a single letter for hours in-order to get it perfect. And I have literally spent weeks rendering out a drawing, not for a client, but as a personal project. Go the extra mile and it will pay off. 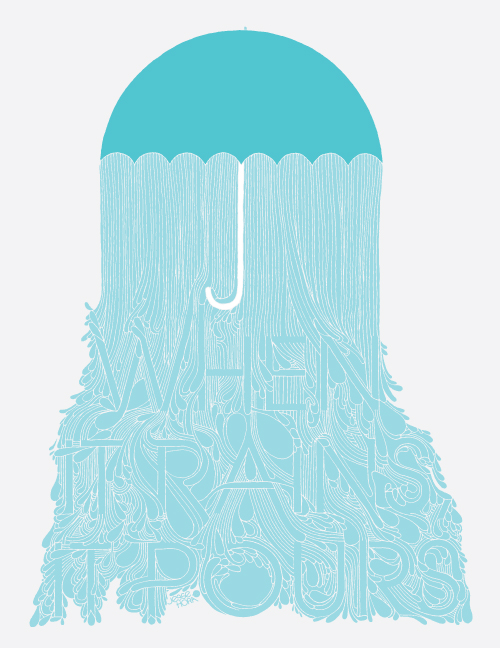 Draw anything. Go crazy; do weird stuff, the weirder the better. Experiment with different drawing tools, techniques, objects, colors, etc... Draw upside down, draw a grandma, use dirt to draw, anything goes. You can learn from anything, and learn from everything.

Letting your mind free of thinking is one of the best exercises you can do to help you think. As cheesy as it sounds, having these visual experiences will allow you to access this visual database later down the line. The best designer/illustrator/letterers are the people that create work that surprises people. This doesn't mean do something stupidly shocking, just create refreshing, unexpected, smart solutions that will pleasantly surprise the viewer. Veggie letters? 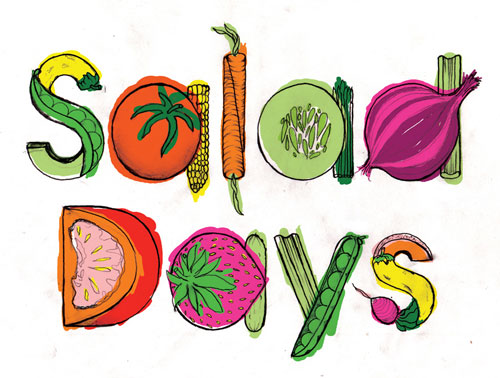 The last point I'd like to touch on is readability. I think it's fitting that is last, because most often it's the very first issue that can come into play with lettering (especially on a client project). Because the intention, most often, is for lettering to be read, legibility is a fundamental aspect. Just because you think the letters makes sense and are readable, doesn't necessarily mean the majority of people will agree. Being able to step back from your work for an moment, and look at it subjectively, is a valuable skill. The fact of the matter is even the most brilliant idea of all time has to be conveyed in some way. And if most people don't receive the message, then it's useless. 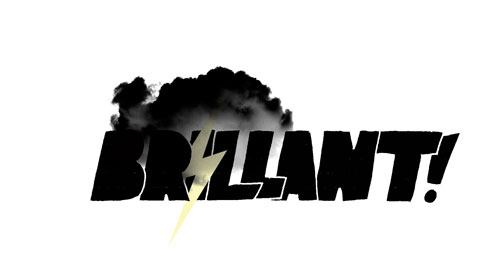 I hope I have succeeded in offering up a few thoughts and examples that will help you develop a passion for illustrative lettering. These are just some of the basic ideas and theories that I like to use in my daily work. They are in no way the founding principles of illustration or lettering. 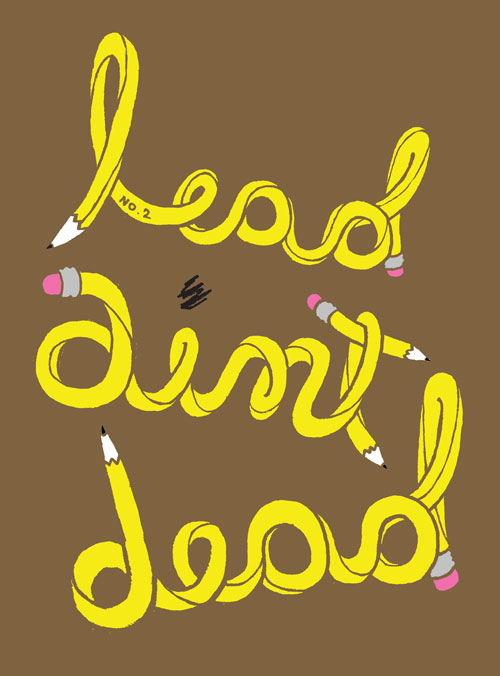 This Post is Day 1 of our Illustrative Lettering Session. Creative Sessions
Session Day 2 »

TheoryVector
Did you find this post useful?
Yes No
Would you like to provide feedback (optional)?
Cancel Submit

Jesse Hora Dot Com
Jesse Hora Dot Com makes up one half of MAKE.™, a Chicago based design team specializing in art direction, print design, lettering and illustration. Jesse’s work has been described as ‘never straying far from the ridiculous and playful while remaining detailed and incredibly thoughtful’. His versatile skill set has lead him to become commercially successful, working with a wide range of clientele from major brands to local businesses, as well as an up and coming gallery artist. Learn more about Jesse in the Interview with Jesse Hora Dot Com on Vectortuts+ and visit his portfolio at jessehora.com.