Knowing how to draw faces and facial expressions is a basic item in the toolbox of any cartoonist. But your journey will not be complete until you can also draw the giant animal world! Here, in much larger intensity of human-beings, diversity dominates! We have birds, fish, pets, wild animals... each animal with their unique characteristics. It seems difficult to represent so many features with just a paper and a pencil, right? Well, for today I’ll prove it’s easier than you think.

To get some inspiration, have a look at the hundreds of character designs on Envato Elements. Or for a shortcut, try a character creation kit!

Drawing cartoons is very rewarding. You realize how much children are delighted when we translate such complex details of the human form in simple and attractive lines. When we exaggerate facial expressions in our characters, we are not only entertaining the little ones, but we are teaching them how to deal to life’s adversities. What is right, what is wrong ... we have a certain role in their education, in a way. That is the responsibility of the artist who has children in their primary audience.

But the child’s world is not complete without animals. They are in everywhere: toys, TV, movies... A cartoonist who lacks the ability to draw various animals in a piece paper, isn’t a complete artist. Today we’re going to change that and, again, following the same template we used in previous tutorials.

You doubt that we will draw most animals using only the circles below? Well, that’s it. We only need that circle, that will be our starting point to draw all animals in cartoon style.

If you’ve read my previous tutorials, there is nothing new here. So let’s keep our eyes positioned optimally on our template which will serve as the basis for all the animals that we build here today.

If you have not understood the drawing I’ve done below, take a look at my tutorial on how to draw cartoon faces. Also, visit how to create facial expressions for further guidance.

For each animal, I’ll show you some key elements you’ll need to illustrate to create the animal, as well as some handy hints on modifying the original design into something new. Like all cartoons, it’s about recycling what you have to create something new.

Now we have our template, let’s move onto the first animal, the queen of the Internet, the cat.

This is a basic drawing of a cat’s face as seen from the front. The cat’s face is very easy to be drawn: It’s very well rounded and follows the curves of our circular template.

The cat design in cartoon style follows the rules below:

Let’s see what it takes to make that cat a female cat?

Were you able to see what I changed above? It seems incredible, but I only decreased the eyebrows and increased the eyelashes. That’s it! Now we have a female cat!

When we think of a pig, what comes to our minds it’s a cuddly and chubby animal, right? So it’s perfect to be embedded in our template. Let’s start at the muzzle:

The secret to drawing the pig are their ears and snout. Make sure that the snout/muzzle has a rounded shape on top and flat on the bottom. The ears are slightly facing forward, as it connects directly with the head. Try doing it with a triangular shape:

The secret of this technique I’m showing to you is very simple. You’ve got to identify the features that people use to associate with animals in real life in your drawings, so with the pig, it’s the snout and ears. If you manage to hit these small details, you will reach your goal!

We are working with species quite different from each other, are you noticing? This is to prove that we can explore all kinds of animals starting from the same template.

Let’s draw the horse now. Notice that the horse’s skull is thinner. The snout is positioned forward and his jaw is round and well marked by dental records. In a cartoon style, horses usually have big teeth, which gives you some freedom to play with the upper and lower lips.

Horses have broad, strong necks, and their nostrils are projected upward. The ears are of a regular size and in comparison with the size of the head.

5. Hail to Differences Between Animals!

We’ve talked about cats but we forgot someone who is also very important in a child’s life...

As the dog and the cat are, probably, the animals you will draw more in your life, let’s make a comparison of the main differences between them:

When it comes to ears, a dog has an interesting feature that varies according to breed: their ears can fall down, or point up. You have greater freedom to explore the breeds and their characteristics in comparison to cats.

Other classes of animals, like birds to name a few, are very distinguished from others by having unique features as well:

Well, now it’s time to try for yourself. Try redraw the animals that I drew above as many times as necessary, until you can do it for yourself. Then, use the template below and make other animals that I haven’t shown. Remember to look for the special characteristics of each animal and try to reproduce them in paper:

Animal bodies have an immense flexibility! They expand and compress all the time, you only have to look at the contortion positions of a cat to realize how flexible they truly are. It’s not necessary to have full knowledge of muscular anatomy of animals, you just need to highlight the main areas and understand how the body works when its in motion.

Learn to simplify the forms of the animal you are drawing, but make sure you know where to position the most important structures of the body such as the neck, hips, tail and limbs.

The felines also has the same bone structure and muscle of the domestic cats. Keep in mind that you only need to set the size of its limbs. Only define the basic parts and bulk them up, so you will see what I’m talking about.

Once you have understood how animal bodies work, you can play with it! In cartoon style you can even merge it with the human anatomy. This is a very interesting technique to give more action to a scene. Try to do four-legged animals on two legs and acting as human-beings.

Let’s take a look at the anatomy of the horse and check the main differences:

The front legs of the horse has a slight difference from other animals: It’s curvature resembles a knee, while the cat and dog look more like "elbows".

Interesting... this means the horse is the only animal that has a different bone structure from other four-legged animals? No. It means that all hoofed animals follow the same pattern, regardless of the size and shape, you will realize that these features remain.

The fact is that nature is full of mysteries and curiosities. Anatomy is a very complex subject, especially when it comes to animals. As a designer, I confess that I don’t know even half of the muscles which form all animals. But you must understand that your role as an artist isn’t to represent real life accurately through your sketches, but use your creativity to convince people than you’re willing to show.

In fact, anatomy isn’t that hard. You only need to unlock its secrets...

So Many Animals, So Little Time!

Well, now you have the knowledge needed to draw nearly all the animals you want! Of course, your quest doesn’t stop here. My recommendation is that you try to observe how animals behave in real life. Watch the Discovery Channel, take pictures of your own pets in move, go to the zoo and observe the work of your favorite artist. Believe me: You’ll become a pro if you follow these tips!

Animals have feelings and should be treat with respect, love and care. Whether it’s in cartoons or in real life. Remember that pets are part of the family. Connect with them as you would connect with a drawing. Until next time, keep drawing! 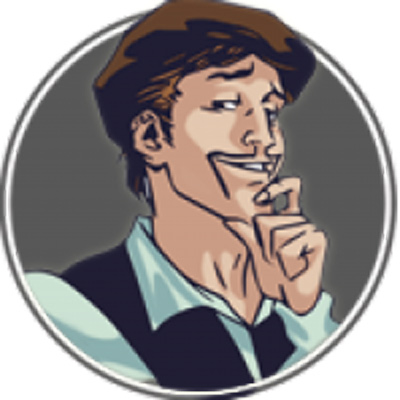 Carlos Gomes Cabral
Carlos Gomes Cabral/Brazil
Carlos Gomes Cabral is a Character Designer and Art Teacher based on Rio de Janeiro, Brazil. He has a book called "Whoosh! 250 Ways to Get Motion into Your Drawings", filled with tips and tricks to create attention-grabbing drawings that practically leap off the pages. You can also find him sharing drawing tips on Instagram and, more recently, on Youtube.
cgcabral
Weekly email summary