The movies have always been one of the great escapes for humanity. A source of entertainment, stress relief, and most importantly of all, art. Every person appreciates different qualities of a movie in different ways, these days people are increasingly appreciating visual effects and movie based art.

The purpose of this article will be to touch on the masterminds behind the visual effects in movies. Its impossible to get everyone, so I've selected a mixture of well known artists and more obscure artists in the move industry. Because some of these artists have worked on tons of movies, I'm going to be discussing the outstanding contributions of each artist to one film that they helped to become a visual masterpiece.

Michael Kutsche's bio describes him as "an award-winning German artist based in Los Angeles, California. He is aself taught artist who works both in traditional and digital media. His work is best described as an astoundingly lifelike depiction of parallel realities, populated by odd characters reminiscent of movies, comics but also Flemish Renaissance Painting."

One thing is for sure, his artistic vision is immense and his technical ability is mind-blowing. Michael worked with Tim Burton and Sony Imageworks to do character illustrations for the movie alice in wonderland. He created the character concept art for all of the main characters within the movie, real and animated. The level of detail within these character illustrations is so incredible that the final look of the characters within the actual movie is only slightly different. This was Michael's first big movie industry job to, which makes it even more impressive. 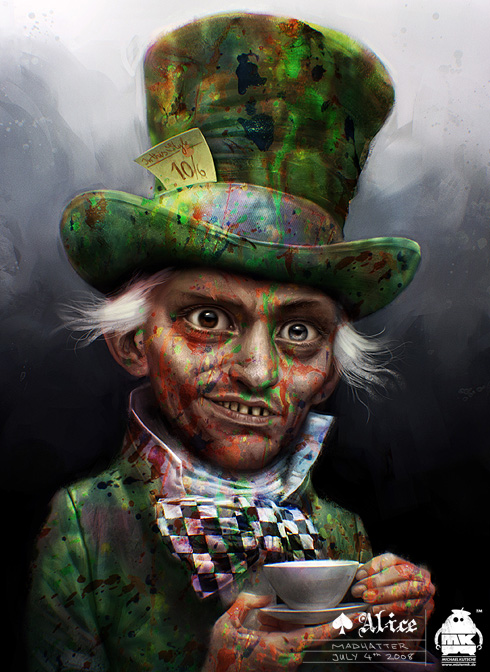 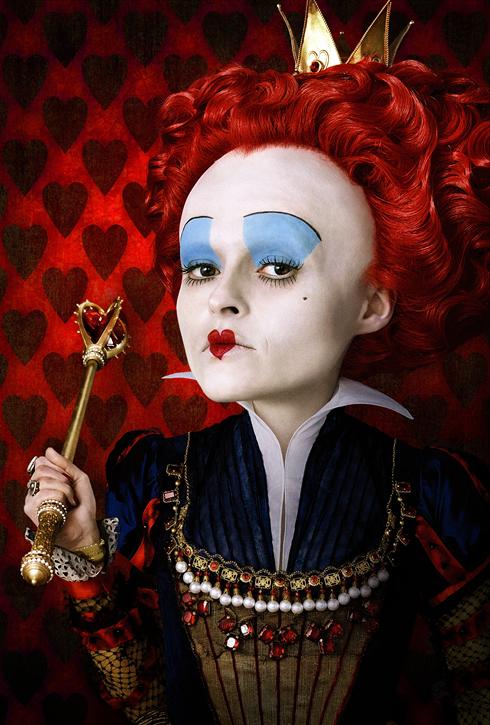 Dylan Cole - Lord Of the Rings, The Return Of The King (Digital Matte Painting)

Dylan Cole has become somewhat of a legend amongst CG networks and in the movie art industry. His work has headlined films as such Avatar, I robot, Alice And Wonderland, and Superman. One of his most standout films is definitely Lord Of The Rings, the most impressive thing is that he had only been working professionally for 1 year until he got the job to matte paint for Lord Of The Rings. Anything Dylan Cole does has an unbelievable level of technical realism.

Cole stated in an interview with CG-node that he spent 8 months off and on working on his Mordor painting, which in terms of technical skill is one of his most impressive works to date. The scale, perspective, atmosphere, and lighting are all so realistic you actually feel as if you are in Mordor. Coles consistent attention to realistic detail in unrealistic scenes makes him one of the best in the industry. 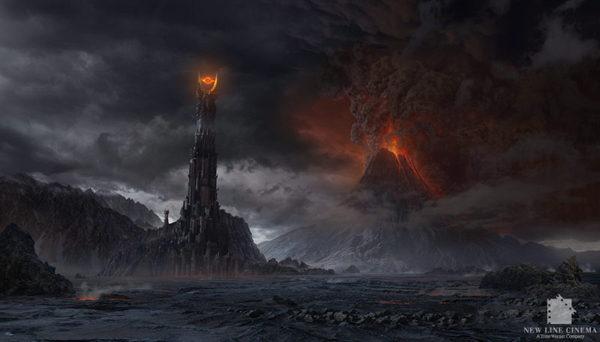 Dusso is one of the most experienced matte painters in the industry, having been a VFX artist for over 10 years. His work hasn't received the same sort of public attention that Dylan Cole's has, but it is still equally if not more impressive. His work in the third episode of star wars is truly incredible. For the movie, Dusso created a myriad of illustrations (over 100) to be used for VFX revisualization and production. In addition to his movie work Dusso has also done his fair share of production work for T.V spots.

Shown below are some of Dussos paintings for Star wars, which includes one of his cycloramas. A cyclorama is a horizontally based matte painting that supports multiple camera angles and is created to allow seamless 360 degree coverage. The painting shown below was created at over 25,000 pixels in width. 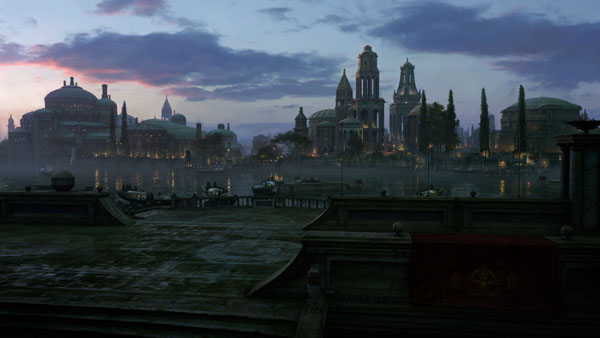 Feng Zhu is not your typical movie artist. If I had to pick one reason to really justify that claim, its that he has his own design school. Feng has been working in the field of VFX for over 11 years and has created a huge name for himself. He was one of the first artists to begin teaching at the Gnomon School Of Visual Effects. Feng has worked with some of the best directors in the world, such as James Cameron, Michael Bay, and Steven Spielberg.

The teaching Feng did at the Gnomon institute was received so well that it inspired him to start up his own specialized design school in Singapore, called the Feng Zhu School Of Design. The school has become an Asian landmark for visual effects artists, mainly because it is so rare to find this sort of specialized education offered in the region that it is. 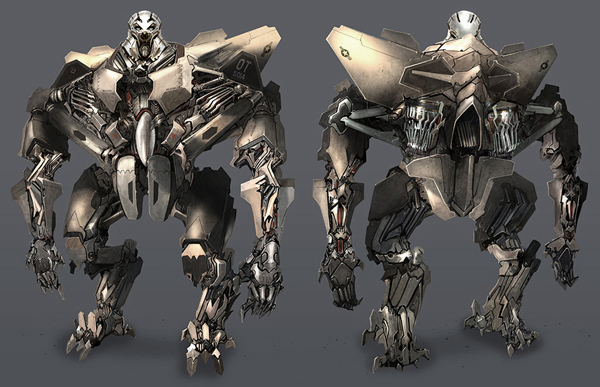 Scott Patton is relatively new to the field of concept art, but his work doesn't show it at all. Patton has only been the field for 5 years, and has already worked on some truly astounding projects. Patton initially started as a make up-effects artist in 1990, but painted and sculpted on the side. Patton stayed in this field of the industry for some time until he began to notice how much shorter production schedules were becoming. This eventually led him to stumble upon Zbrush in 2005, and into the field of concept art.

After sending out his resume to a few places, Patton received his first job, to work on Jim Cameron's Avatar. Patton's studio was tasked with creating the Na'Vi people, Viper Wolf and Banshee head. The 3D work Patton did on the Na'Vi people is something on an entirely different level than anyone would have expected for his first concept job. Shown Below are some of character designs and a screenshot of a finalized scene with Jake and Neytiri. 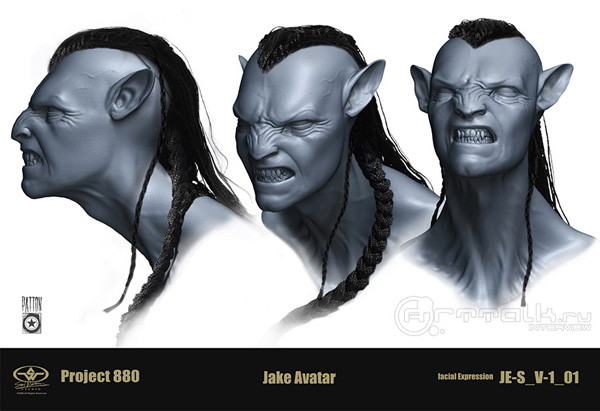 I don't think this would be a proper article without mentioning at least one Animated film, so I've chosen Noboru Yoshida of Ponyo. One could also argue that Hayao Miyazaki deserves the feature more but he was the director/screenwriter for this film. Ponyo was a film that artistically surpassed all of the previous Miyazaki-Yoshida collaboration movies. (Howls Moving Castle, Princess Mononoke, etc.)

The film features crisp animation with incredibly rich and detailed visuals. If you haven't seen Ponyo yet and are an artist its worth seeing simply for its visual success as a animated movie. There wasn't a lot of backstory about Yoshida's process and work as an art director for Ponyo or info on him in general, but he's won several art direction awards along his career, one of those was for Ponyo. Yoshida has also worked closely with Miyazaki on his other films, so its safe to say he played an important role in the art aspect of Ponyo and should be commended for the artistic quality the film showed. 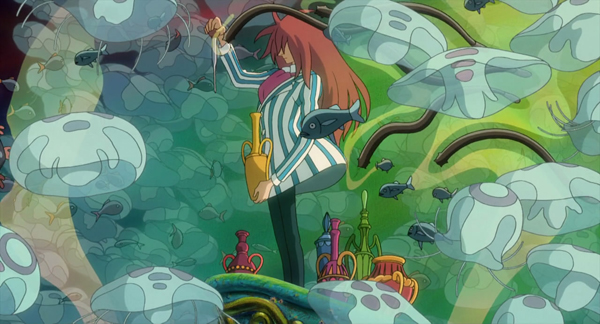 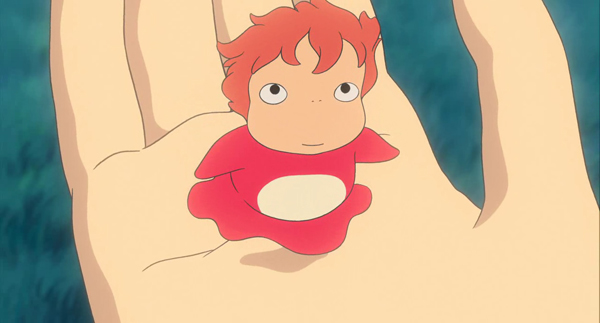 Breaking Into The Field

Reading and seeing all of this may be a little overwhelming at first, but don't underestimate yourself! One thing that all of the aforementioned artists share in common is that that all started as small fish, and worked their way up the food chain. If theres anything you should take from this article, its that a lot of hard work and a little bit of luck always leads to great things. One great tip that I have learned across the years is to always reach out and try and get in touch with artists that inspire you. Don't be afraid just because they are successful, as mentioned before, everyone has to start off somewhere. If your looking to jump start your move into the industry, I would recommend checking out the educational videos at the The Gnomon Workshop and getting an account set up at CG Society

In this article we briefly touched upon some of the top VFX artists within this massive industry. If anything you just read peaked your interest and you are a digital artist, I urge you to dig deeper into the field, and definitely check out CGsociety/Gnomon. Although it is a tough industry to get/stay in, I don't think any VFX movie artists will be complaining about their jobs any time soon.

Saad Moosajee
Saadart is the online showcase of young self taught freelance Illustrator and Art Director Saad Moosajee. Since Saadart.com was established in September 2008, Saad has had the privalege to work with a multitude of charities, brands, and agencies. Saad’s work has been exhibited in multiple galleries and published in a multitude of magazines and books. He has also served as the Creative Director of slashTHREE for over 3 years, and is also a member of The Keystone Design Union.
Weekly email summary