Captivating and Amazing Out of Bounds Photo Effects

Out of Bounds (OOB) is an interesting photo effect where the object or scene in the image seems to jump right out of the photo or its borders. It is a photo manipulation technique to add an illusion of 3-dimensionality to a flat photo. Getting an interesting OOB effect depends largely on the photo angle and the overall execution of the concept. It is lots of fun to create an OOB effect. You can use any photo editing software such as Photoshop or Gimp. With some imagination, creativity and basic photo editing knowledge you can create an amazing OOB image that captivates the viewer's attention.

This article showcases 50 most spectacular examples of Out of Bounds photo effects. We have also featured some excellent tutorials if you are interested in learning how to create this effect in Photoshop. So lets venture into this mesmerizing world where you will find creatures, people, and vehicles jumping right out of the screen.

50 Captivating Out of Bounds Creations

Get Me Out is an amazing surreal styled Out of Bounds effect. The old antique photo frame, the expression of the subject and the clever use of lighting and shadow gives the entire image an extra dimension and adds a surreal effect. You can easily create a photo effect like this with a great original image, some stock resources, if necessary and with the effective use of Photoshop . Some of the tutorials featured at the bottom of this article can also guide you to create a surreal Out of Bounds illustration.

You would not want to read a wildlife book where animals come out of the book! The concept of creating an Out of Bounds effect with the book is brilliant. The idea is beautifully executed.

You might have seen many Out of Bounds effects with a car jumping out of photo frame, but this one is fantastic. The dust, the tire tracks and the whole execution of the concept adds action and depth which makes the outcome realistic.

Fish - Out of Bounds

Snake Book is another very unique and original idea where the subject, a snake in this case, is shown coming out of magazine's page. It is amazing to see how 2 different images (a book and a snake image) are put together and how the whole composition is given an Out of Bounds effect.

Holding Hands is a clever example of what you can do with Photoshop. The concept is brilliantly executed with five different images of hands pulled together to create a simple yet incredible piece.

A cool Out of Bounds effect of a snail coming out of a photo for food. In this meticulously executed idea, four different source images are used and they work really great together.

The idea of television sinking in the sea and the cute joyous fishes jumping out of its screen makes The Escape a visually appealing piece of Out of Bounds photo effect.

Slides is an amazing and unique style of Out of Bounds effect with the creatures coming out of slides. The little details like water drops and dirt really add to the over all image and keeps the viewers attention.

That is one smart monkey who can jump out of photograph for food, a very interactive piece indeed.

It wouldn’t be wrong to say that Humm, pizza is a drooling and mouth watering Out of Bounds effect. If you ever wished you could eat your favorite food directly from an advertisement or photo, you can do that with Photoshop.

And if you think pizza isn’t enough, here are some chocolates.

Honeymoon is a cool romantic example of Out of Bounds effect. The expression on the face of subject, the way he is jumping out of frame, the colors of the image and the background scene makes it an awesome piece of work.

Out of Bounds - OOB Art

In Pulling Crackers, subjects are coming out of hinged picture frame. The soft pastel colors of the images in frame and all the decoration around it makes it a beautiful piece.

Reaching Out of Bounds

Catch of the Day

This actually is not an out and out photo manipulation but a drawing done with a graphite pencil from a reference. The style of this portrait is really very creative, all the pieces of polaroids with the hands holding them makes the concept an interesting Out of Bounds artwork.

It is impossible to not get inspired and fascinated. Well, I also created one Out of Bounds effect.

Tutorials on Out of Bounds Effect

Create an Out of Bounds Fantasy Illustration

This fantastic tutorial from Psdtuts+ shows you how to create an Out of Bounds fantasy illustration where you create a painting on a wall which is a real world. It guides you through the process of creating a fantasy scene, making water pour out of a painting. You can create this surreal illustration with the use of absorption effect, colors and a variety of stock resources. You can also watch a video tutorial complimenting this text and image tutorial. If you have never experimented with surreal concepts in your artworks and want to incorporate it, we have an excellent Creative Sessions' article, Incorporating Surrealism Concepts into Your Digital Artwork to guide you.

A simple and easy tutorial that can get you started with Out of Bounds photo effects. This tutorial shows you how after carefully analyzing the image you should decide where the best perspective is for the frame (the part that will set it out of bounds), how to hide the part of image with Layer Mask and how to add the shadows to add the extra dimension to the image.

Create an Out of Bound Photo in Photoshop

This easy to follow tutorial shows you how to create Out of Bounds photo effects in Photoshop using the Polygon Lasso Tool, Warp Effect and how you can tweak the colors using color saturation levels.

A detailed step-by-step tutorial on how to create an Out of Bounds effect. This tutorial also shows you how to give the illusion that the subjects are jumping out of the picture by adding depth through perspective, shadows and some imagination.

Photos Out of Bounds

Here is a fun Photoshop tutorial that shows you how to make a picture jump out of the frame into another photo. You'll use two images for this tutorial, Pen Tool to extract the part of image, Transform Tool to set up perspective and Layer Styles for more effects.

Using Photoshop To Make an Image Jump Out of Frame

The following tutorial teaches you how to create an Out of Bounds photo using basic Photoshop skills to isolate the target, giving it a realistic look with proper perspective and other effects. It highlights the importance of choosing the right photo to get a true 3D effect.

Create an Out of Bounds Surreal Photo Manipulation in Photoshop

This tutorial is a detailed walkthrough of an artwork, which shows you how to create a surreal out of bounds effect in Photoshop. The tutorial uses variety of stock images and highlights the advantages of adjustment layers and how important they are to create a intense photo manipulation. In this detailed step by step walk through it is interesting to see how the subject, a shark in this case is shown coming out of antique photo frame and how the photo manipulation is given a realistic look using various Photoshop tools and effects.

This again is a very interesting tutorial if you want to show a subject coming in or going out of TV screen and a big photo frame. This tutorial demonstrates how you can give a dramatic effect to the scene by using Blending Modes, Layer Styles and Photoshop Filters.

This tutorial demonstrates a very simple technique where the subject is extracted from the image using Extract tool and a clever use of Layer Mask to hide the part of image to create a effect that makes the subject look like it's coming in or out of a photo. In this tutorial you will learn how to use Photoshop's Extract tool, Layer Masks and Layer Styles to create a cutout from a photo.

Out of Bounds Photoshop Action

And finally, a bonus! This actually is not a tutorial but a Photoshop Action which simplifies the steps needed to create the impressive Out of Bounds photo effect. The Action allows you to define the border size, the perspective of the image, the out-of-bounds areas and you can also add the shadow effects. The action is very flexible and makes use of layer masks, which allows you to fine tune the effect at a later stage. There is also a video that guides you through the process of using this Photoshop Action to create an amazing OOB photo effect. At Panosfx you will also find some more great Photoshop Actions.

As you work through above tutorials to create an OOB effect (or any photo manipulation) it is essential to know some of the basic Photoshop techniques like working with Layers, Layer Masks, Selection and Transform techniques. Below we have listed the links to some of those tutorials. 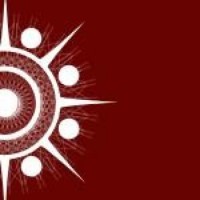 Sonali Vora
Hi, I am a designer and digital artist, I am extremely fond of anything that is related to graphic design, creating arts and all the yumminess attached to it. I aim to reach my creative goals one step at a time and I believe in doing everything with a smile. You can also find me on Twitter: @dezignMusings and on my blog.
Weekly email summary
Subscribe below and we’ll send you a weekly email summary of all new Design & Illustration tutorials. Never miss out on learning about the next big thing.
Advertisement
Translations