Ben Thomas is a busy guy. Between his successful photography and digital art business as well as his online store Kneedeepinsleep, he finds himself juggling many plates. He did, however, take time out of his busy schedule to talk about his life, work and love of getting his hands dirty in Photoshop.

There are some things in life that are meant to be kept under wraps. With Digital Artist and Photographer Ben Thomas, one of those things is a night of debauchery the ingredients of which were a giant fairground slide, a house party and an electric scooter. He didn’t elaborate (“long story”) and I didn’t bother to ask because he wasn’t going to tell me anyway.

As a “weird” kid growing up in a small town in the UK called Kettering, Thomas describes himself as “not really shy, [but] a big dreamer [whose] head was always in the clouds.” He left school at age 17 with an A-level in photography and good GCSE grades. He never did achieve an A-level in understanding women, though, which is apparently his only regret when it comes to his education.

All joking aside, Thomas has put that A-level in photography to good use over the years. With extensive client and project lists that include UK-based Warner Music for which he is working on both video and still projects as well as a number of tutorials for Computer Arts, Thomas finds himself “juggling many plates” at once. One of those plates is creating art for his online store Kneedeepinsleep, a collection of limited edition t-shirts, art prints as well as photographic prints.

When speaking with Thomas I used the words ‘ethereal’ and ‘otherworldly’ to describe his art. He, in turn, added the word ‘dreamy’ to that description. It turns out that dreamy is a perfect fit as Thomas often finds himself waking during the night to take notes or make quick sketches. In fact, he finds that some of his best ideas have come to him at night, though he carries his camera, a sketchpad and notebook with him everywhere he goes. When it’s time for those ideas to come to life Thomas moves onto photographing elements of it or sorting renders in Cinema 4D. Finally he works it all together in Photoshop, all the while keeping that original sketch close. According to Thomas, his favorite part of the process of creation is “when I finally get to sink my teeth into the main composition - once I’m past the brainstorming and getting my hands dirty in Photoshop.”

Everything wasn’t always about Photoshop and Illustrator, though. While he constantly immersed himself in artistic endeavors growing up, he didn’t always work in the field. In fact, his first design job came at a time when he was working at a clothing store and behind the bar at Franky & Bennies. One of the most unfortunate aspects of all of that is the uniform, “The waistcoat and bow tie combo at F&B - not a good look.” A friend was working as a writer at a small independent label in his hometown and told Thomas when the boss would be available. He showed up, presented his (a4) portfolio and ended up staying there for four years. “I knew it would be a great launch pad and a place to glean some experience. For a young guy with zero experience and a big imagination it was a perfect starting block.”

Having little experience is no longer a problem for Thomas, though. His plate has been consistently full with projects in both the design and photography field. He recently had a brilliant shot with a new hip hop group from London called “Shallow & The Deep.” “The shoot was a lot of fun - but the post production on the images just looks so slick. The band members were shot separately and then comped together with tons of green smoke and skies. Great guys to work with!”

Wrapping that project doesn’t translate into downtime for Thomas, though. He’s now “knee deep” in designing the artwork for some single gear Luma bike frames for Bespoke, an exhibition taking place in east London at the end of October. Thomas finds himself on the list with some heavy names in the industry like John McFaul, Vault 49, Peter Lin, Benny Luk and Ria Dastidar. “Should be big!” he says. Given his talent, it will be.

An Eye for Design, an Ear for Music

When asked where they find inspiration, many designers say things like ‘the world around me’ or ‘surfing the internet.’ Not many list listening to music as numero uno on their list of inspirational activities. According to Thomas he was “insanely late joining the Spotify craze” in the UK and he loves finding what he calls “rare gems”- or lesser-known artists and producers. He doesn’t discriminate when it comes to the types of music he listens to, either. His musical palate is diverse and includes genres like drum and bass, funk, metal and composers like Max Richter and Ludovico Einaudi. He admits that many pieces “blow [me] away and [I] totally get lost in it when working with it in the studio.”

Not that Thomas has much time to get lost in anything, though. His schedule is jam packed with projects, both personal and for clients as his business can be filed under two headings, digital art and photography. One of the reasons why he loves his line of work is because he’s doing something different every day of the week.

Surprisingly enough, Thomas doesn’t use complicated scheduling or note-taking systems to keep everything straight…just iCal. When it comes to creating his art though, that’s an entirely different story. When he’s working he’s got an arsenal of tools that includes Photoshop, Cinema 4d and Illustrator. All of his photography and video is shot on the Canon 5D mark ii, a selection of Canon/Nikon glass and a ton of lighting gear. Nothing can take the place of having pure, raw talent, though. Oh and setting your history stat in Photoshop to 999 and always hit the save button regularly doesn’t hurt either.

“Music still remains one of my big passions and a driving force in my work.”

Thomas was born into a family full of creativity. His father works in the clothing industry as a pattern designer for a large British brand and his mother works in the marketing department for Weetabix, a popular cereal company. Fashion and music were a big part of his upbringing, so his parents recognized his creativity early on. He said that they always knew that he’d end up on one of those career paths and they were right. When he was a young boy, his father bought him his first computer –an Amiga 500- and he would spend hours learning software called Deluxe Paint with which he created what he now calls “bizarre pixel characters.” Even still, Thomas’ affinity for music was never far behind his love for art. As he puts it, “music still remains one of my big passions and a driving force in my work.”

His life isn’t all about work, though. According to Thomas, the “onset of old age looming” (he’s 27, by the way) means that a typical Saturday night would consist of relaxing which may or may not include a drink at the pub or going to see a band. Don’t make him out to be a wallflower yet though. While in one breath he seems to consider himself teetering on the line between youth and being a senior citizen, he still considers himself to be a “young man [who is] partial to a bit of the naughty water.” His favorite at the moment is a concoction he creates by peeling the zest of a lemon, adding it to vodka and chilling it in the freezer for a month. “Try it- it’s amazing on the rocks.” Maybe something good came from his stint behind the bar at Franky & Bennies after all.

Knee Deep in (Not Much) Sleep

Four years ago Thomas set out on a new venture he named Kneedeepinsleep, which you probably won’t be surprised to learn means to be very tired. It’s kind of a fitting name for a company what was somewhat difficult to get off the ground. “[It’s a] strange name, memorable and had some meaning to the struggle I had getting it off the ground at the time.”

The response to his new store though, was anything but sleepy. While the idea was to sell his art in the form of t-shirts and prints, Thomas didn’t want to sell anything that was “off-the-shelf.” That’s why every product he sells is a limited edition item, which arrives in a box so nice “that you don’t want to take it out if there.” One such piece is one of his more recent works, “Pretty Girls on Acid.” Right now his art prints are selling the best and one day Thomas hopes to make his entire living off of his art.

As he puts it, “That would literally be the dream.” 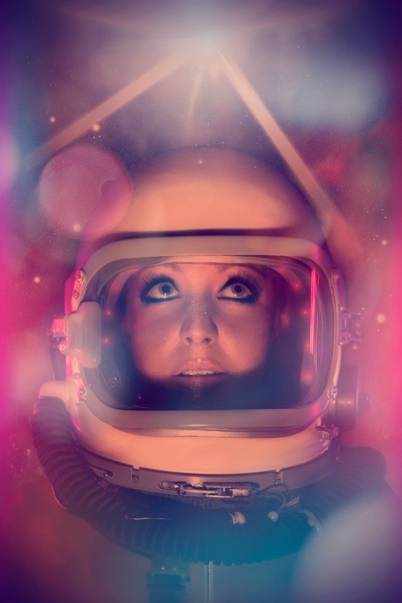 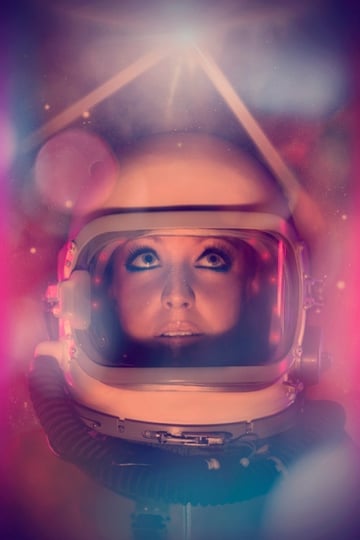 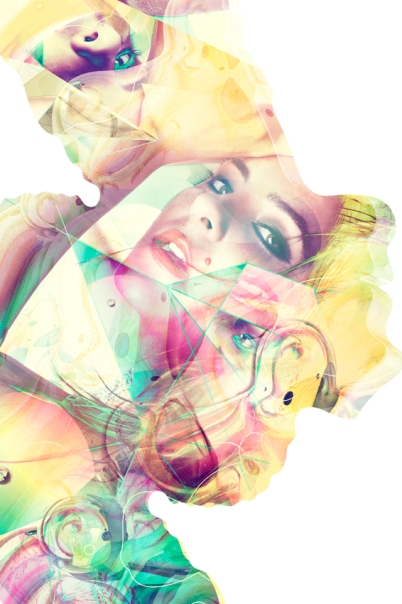 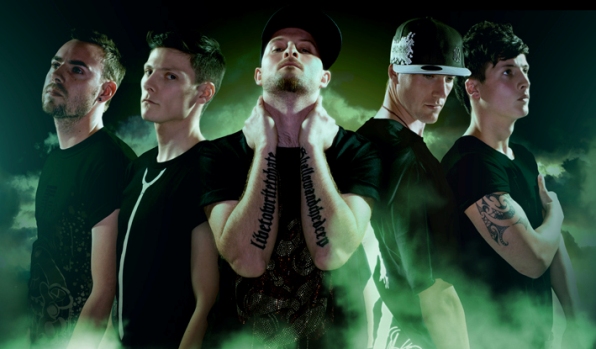 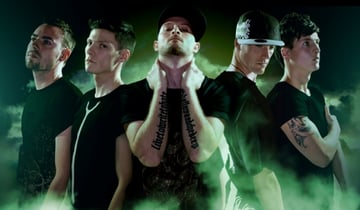 Visit Ben Thomas on the web.