An In-Depth Look Into the Graphic Tee - Part 1

In the past few years, we have seen a real resurgence of the Graphic tee with both fashion labels, and renegade designers offering their art for sale on this ever-popular medium. We’ve also seen the rise of online competition/communities such as Threadless, Design by Humans and La Fraise. These have been made popular not only by the popularization of the graphic tee itself but by the accessibility of the hardware and software required to create them. Today, we would like to discuss the popularization of the graphic tee in some detail; first, with a brief history lesson, then a quick round up of some popular t-shirt designers, and finally with an interview of Dirty Velvet.

It was the 1950’s that first gave birth to the printed tee - or as much as I can figure out anyway - with straight-forward character licenses (Disney etc) and holiday resort names. Both have now gone full-circle and are often parodied from well thought out, cynical or vitriolic explosions to the more run-of-the-mill that you’ll see on a Chunk or Local Celebrity shirt.

The invention of Plastisol - still the most commonly used ink for screen-printing onto fabric - at the end of the 50’s meant that designers could get more creative with their prints. This in turn with the emerging social freedoms that 60’s revolutionaries brought meant an upturn in not only the printed t-shirt, but also the variety of designs being committed to cotton. The trend at this time was all about the bands, political ideals and attitudes towards sex and drugs which defined the era. 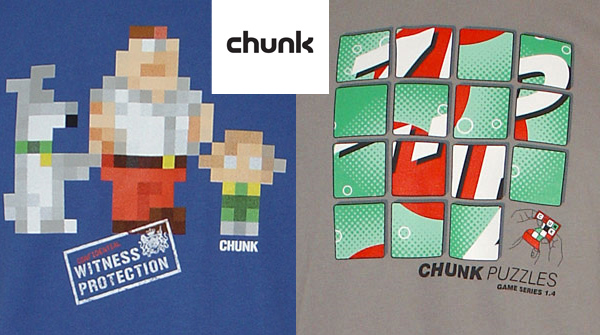 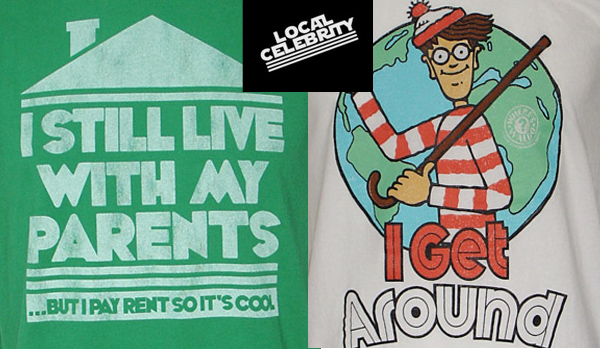 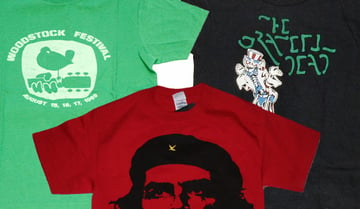 The 70’s and 80’s saw large Fashion houses vomiting their logos all over shirts and, well, pretty much everything. The 90’s saw this trend expand to small, independent labels and anybody with enough money to get a few shirts printed up. In short, the t-shirt was the perfect medium for any person to express themselves through art, slogans, popular-culture references, or swear allegiance to any brand in an inexpensive way.

Now that the supporting technology is cheaper - namely computers and software - the process of designing a shirt has become accessible to any Dick or Jane with a home PC and a copy of Illustrator/Photoshop. With tastes becoming more diverse and not catered for by the mainstream labels, we’ve seen the rise of independent labels and online communities. These, being driven by artists, designers, illustrators and generally anyone with an idea and the means to get it down, are responsible for a plethora of designs available today. I’ve taken a look at a fair cross-section of the industry from pioneers to the pretenders, mainstays to fly-by-nights, giants to minnows to bring you some of the more interesting labels out there. And if you want more you beautiful, yet demanding people, I’ve even thrown in a mini-tut and an interview with great up and coming UK label Dirty Velvet.

Labels Worthy of Your Attention

Obviously this is just a small cross-section and one man’s opinion so feel free to agree, disagree or expand on any of this. I feel all the following brands are worthy of inclusion, some of you may have heard of. 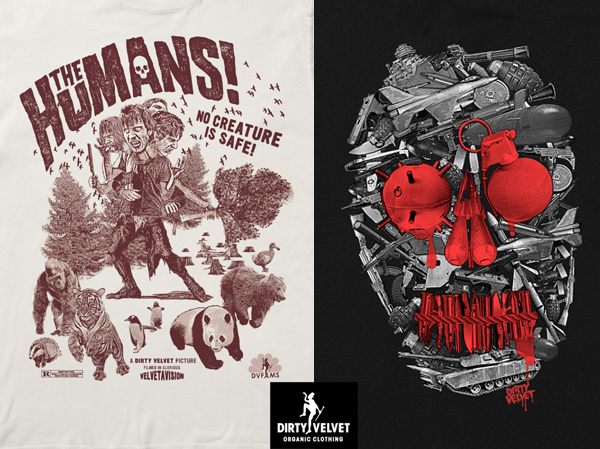 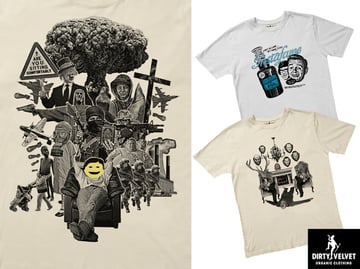 The Quiet Life - Colour and Form 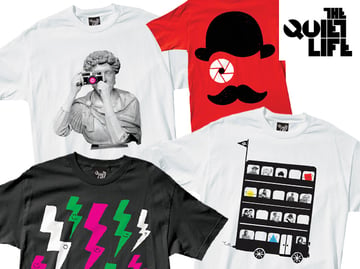 Shepard Fairey, respected underground artist, has transferred his work beautifully to the t-shirt. Built around the ever-present Andre the Giant logo, his label has grown into a worldwide phenomena.

I’ve long been a fan of Volcom, embracing their punk rock aesthetic and patronage/promotion of underground artists. They do bow down to commercial norms offering a plethora of reworkings of their company emblem which, I’m less a fan of, but if you can weed through the crap there is gold to be had.

The Rockwell collection is entirely made from great Art Nouveau inspired art by Parra. Bold colours and large prints are the order of the day. 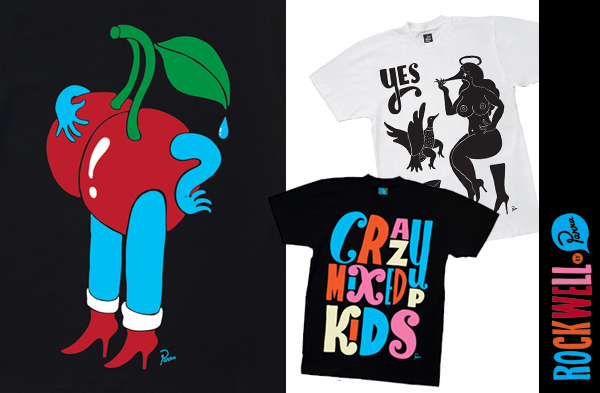 A French label that collaborates with some fine jobbing artists to produce a rich and varied array of art based tees. Shirts bearing both the Sixpack label and packing awesome art from the likes of: French t-shirt artist Christopher Dombres, American designer Cody Hudson AKA Struggle inc., Belgian street art collective Hello Monsters, the rather awesome Morning Breath and cult cartoonist Robert Crumb. 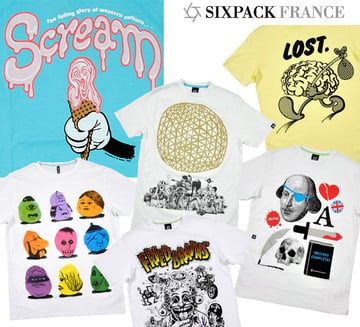 Online community that rates user submissions. These are then selected by the staff based on user ratings and some other criteria. Something for most people here. I’ve had one printed over the years, it is below. 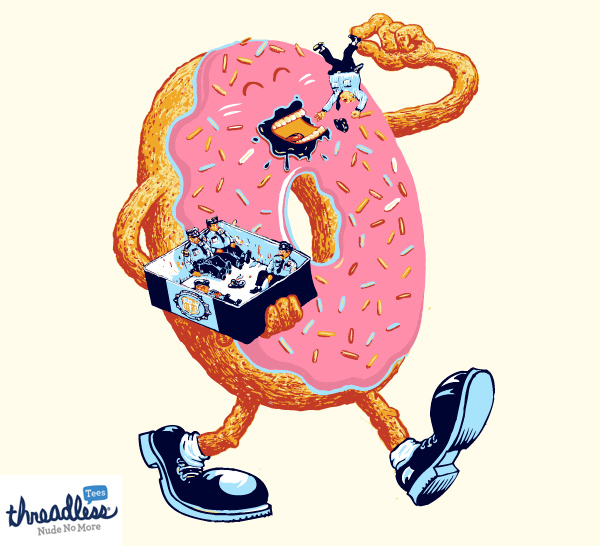 There’s not enough space to list them all but if you are a shirtophile and want to track down some sweet prints then try The Hundreds, 410 BC, Upper Playground, Beautiful Decay, 2K by Gingham. A t-shirt is a great canvas that shouldn’t be used to simply advertise brands, it should be used for art, ideas and expression. Go. Wear.

To gain a bit more insight into what it takes to be a successful graphic tee designer we decided to interview the guys behind Dirty Velvet. You can view the entire interview below.

Dirty Velvet prides itself on creative originality, offering freethinking men an alternative to the mainstream. Our t-shirt designs reflect our slightly twisted perspective of the world and are aimed at guys wishing to make a statement. Our aim is to produce designs with substance and originality, rather than the re-branded nostalgia, overused iconic figures or recycled cartoon & film characters that dominate the mainstream t-shirt market. 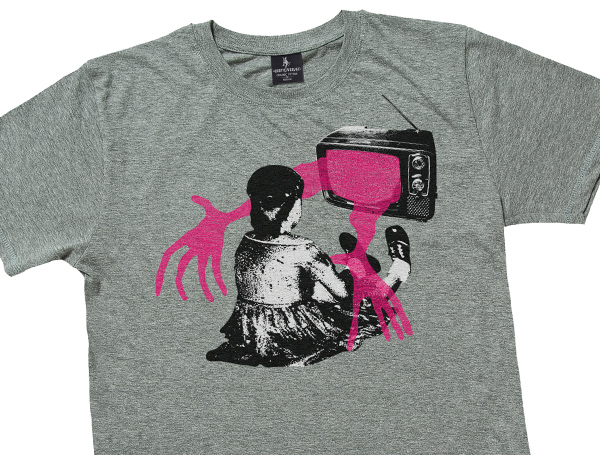 Q So what do you consider mainstream? And what’s bad about it?

Generic designs, regurgitated brand names and logos that have no real substance, wasting what is a good canvas for people to express something about themselves. Designs that use imagery borrowed from pop culture without any original application. Rehashing well-worn themes or imagery mean these designs tend to offer nothing new in terms of ideas or interesting commentary about the world. 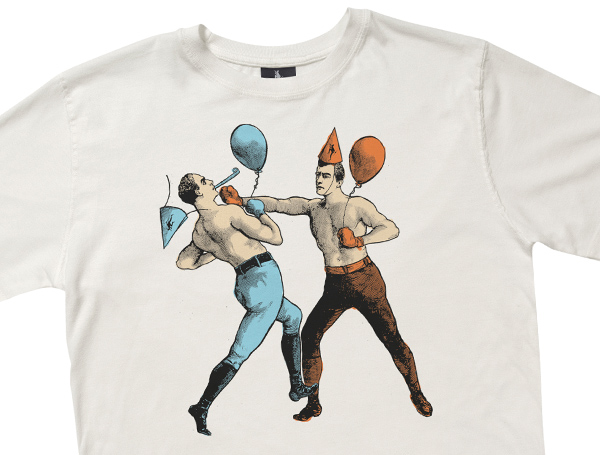 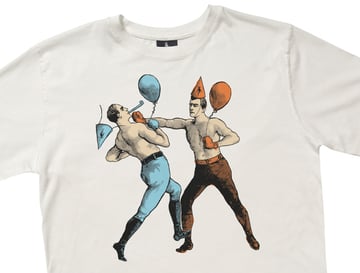 Q In Dirty Velvets terms, what makes a successful t-shirt?

The balance between an interesting message or subject matter, expressed through an aesthetically pleasing design. Some originality in its style and construction. Something that engages the consumer on a deeper level than you might expect yet another meaningless logo embellishment.

Q What are the main tools in the creation of your designs?

In terms of inspiration - News, current affairs, war, politics, money, celebrity, the environment, music, vanity, death, religion, the media, violence, the state. Anything we feel passionate about. Once an idea has been discussed we begin by researching assets, sourcing or shooting photographs, sketching ideas etc. These are then drawn in Illustrator or composited and manipulated in Photoshop. So the main tools would be a Nikon D40, the trusty G5 Power Mac, Wacom Tablet and a good scanner is vital.

Q Your catalogue shows a variety of themes, how do you go from blank shirt to finished product in terms of ideas and design?

One of us pitches an idea to the other two (sometimes a near finished concept, sometimes just a subject matter that they want to explore) and we throw ideas around to see if we can get the right angle on the subject. Sometimes the idea finds a design concept very quickly, other times it's more difficult to find the right way to express an idea using the t-shirt medium. Following this we gather the assets - be they sketch, photo or other - required to put the idea together. Then we create mood boards (if we’re struggling) or rough mock-ups before moving onto the drafting stage. Then our designer works some Photoshop magic, bringing the design to its conclusion. Pending reviews and amendments of course.

Q Can we have a sneak preview of any future designs? And a few words about it?

These are from our Autumn/Winter 2010 range. They are being sold now to retailers now ready to hit shelves later this year.

TV Made Me Kill

A sideways look at how images shown on TV can influence people. In particular, looking at the notion that a person repeatedly exposed to violence - both casual and extreme - watching it glamorized, will eventually become de-sensitized to it. 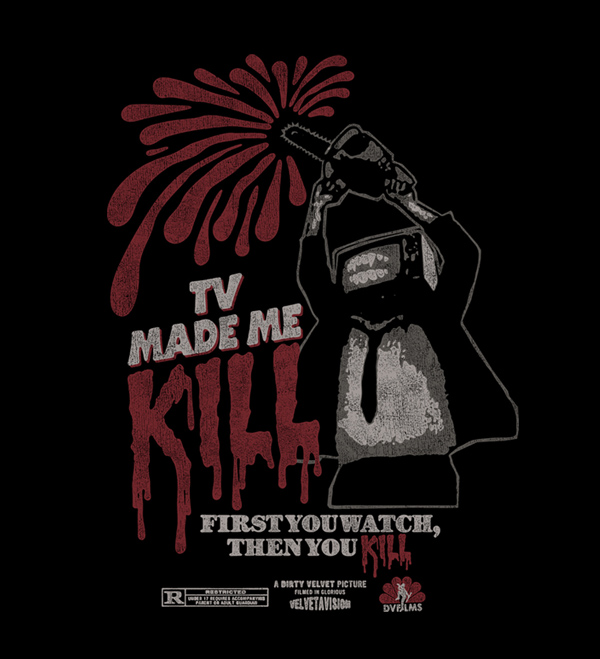 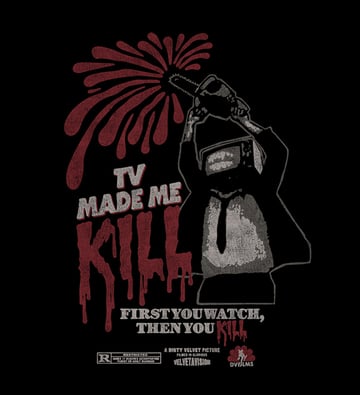 This one is an Exclusive for Urban Outfitters across Europe. Pretty self-explanatory subjective matter given the Dirty Velvet treatment.

Q Can you give a few words to anyone looking to design t-shirts?

It seems every man and his job with a cracked copy of CS2 on his home PC is starting a t-shirt label these days. In business terms, the cold reality is that unless you’re shipping a LOT of units, your profit margins will be negligible. Manufacturers and retailers will fight over pounds of your flesh until your bank manager urges you to stop.
But if you have genuine talent, vision and a commercially viable style then the world is your Oyster. You can cut your teeth on one of the myriad online competitions (Design By Humans, La Fraise, Threadless etc), gaining confidence and real-time market feedback. If you want to set up your own store then Deck Peck would be a good place to start. Good luck.

Part 2: Create Your Own Graphic Tee in Photoshop

Check back soon for Part 2: Create Your Own Graphic Tee in Photoshop...

James Davies
I am JamesZilla. I write tutorials for various magazines and websites when I'm not designing gig posters, t-shirts, catalogues, magazine, etc.