The Marvel Universe is home to hundreds of unique heroes that possess a variety of interesting super powers. Characters in the Marvel Universe include Spiderman, the X-Men, the Avengers, and more classic heroes. So what better way to show our love for superheroes than create some cool fan art? This article will focus on delivering the best fan art from the Marvel Universe. Please take a moment to enjoy some of the stunning visuals below.

Our first piece of fan art features an interesting combination of Marvel franchises, The Fantastic 4 and The X-Men. In this cover we don’t see any heroes, only two villains in an extraordinary environment with some great color combinations. 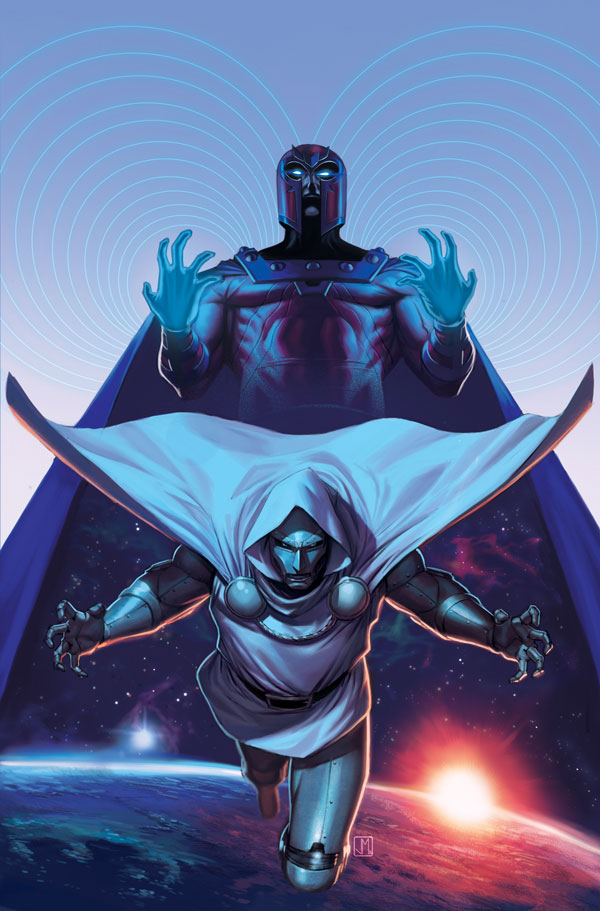 Wolverine vs T-Rex by Andrew Hou

Although we don’t get to see a whole lot of Wolverine in this illustration we still this is an awesome piece of fan art because of the scene. Who wouldn’t want to see Wolverine go back in time and fight a dinosaur?

What The..? By Daniel LuVisi

Everything about this painting is amazing; from the superb detail in Venom to the perplexed expression on Spiderman this is a fantastic piece.

This piece of fan art was inspired by the previous painting. The designer did a really good job capturing the details featured in the original painting, even making Venoms slime look incredibly realistic. 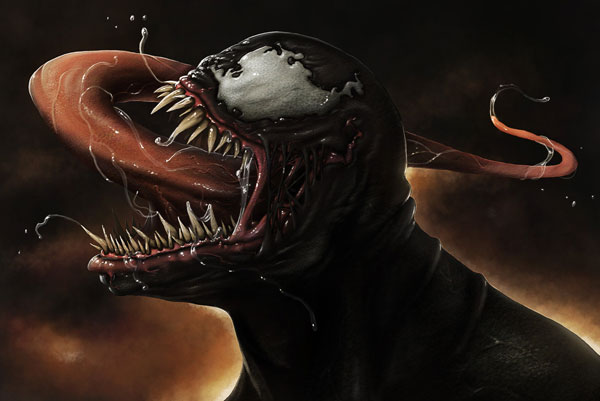 The God of Thunder is featured here in a fierce battle with a sea creature. The only complaint I have with this piece is the odd cutoff point; it would have been so much better if it were a bit wider. 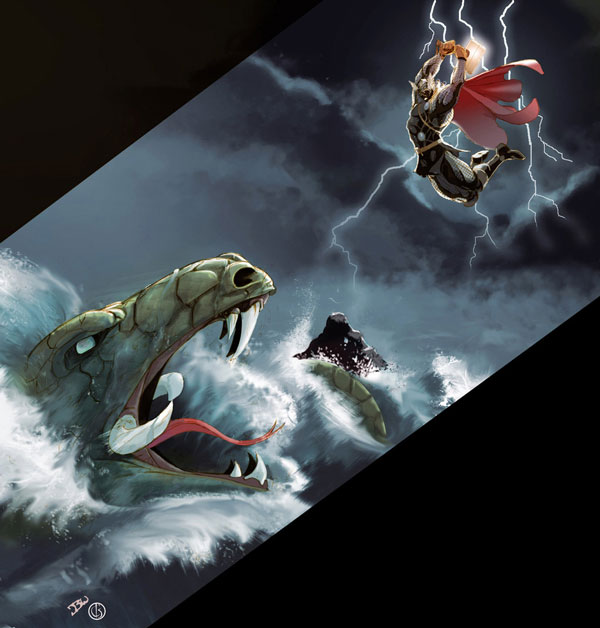 More fan art of the thunder God here and this is just as good if not better than the last. The painting has a great combination of the simple background with the complex painting of the hero himself holding his signature hammer.

Thor and Ironman By Stjepan Sejic

Although it's not official this is still a cool look at what the upcoming Avengers movie might look like. Two of the Avengers join forces here in a very realistic painting. 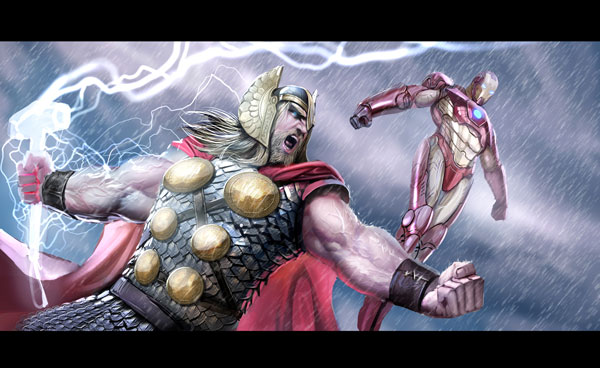 This is a more animated and colorful piece of fan art that resembles what we would normally see in a comic book with different types of action panels. Note: this isn't fan art as Simon is an industry professional who has worked for Marvel for over 8 years.

Being able to control the weather at your demand is one of the cooler super powers in this bunch and designer Ray Ocampo takes advantage of this and paints a very interesting piece of the X-Men Storm.

Giving Iron Man a steampunk look is pure genuis because it makes for a whole new breed of superhero on top of Iron Man. The distinct artistic style here also helps this piece of fanart to be really unique.

This is another awesome piece of Marvel fan art, the seemingly realistic painting is coupled with vibrant colors and patterns to make the character stand out. 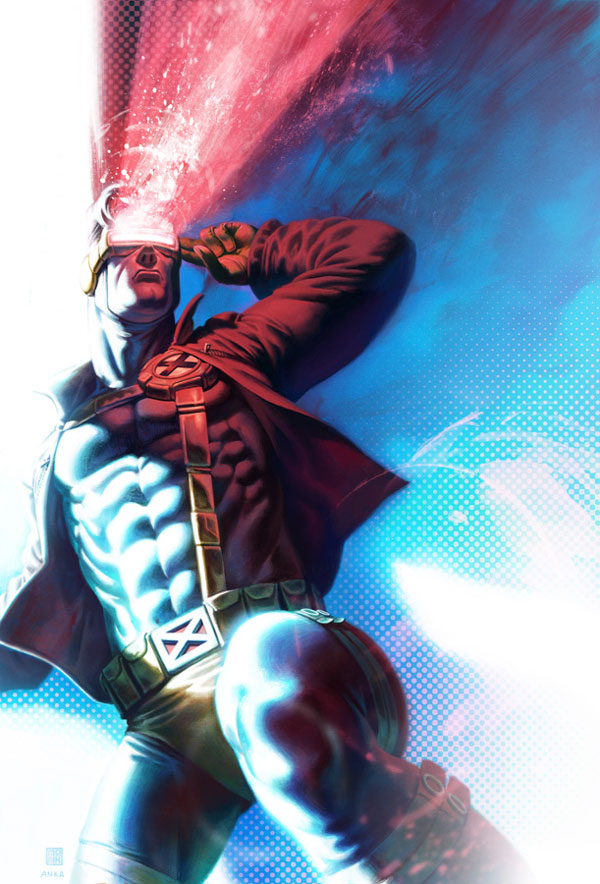 This cover features many great elements, the main dark colors of the Villain and his evil powers play extremely well with the strong red and blue of Spiderman. The drawing looks like a classic comic book making this some more fantastic fan art. 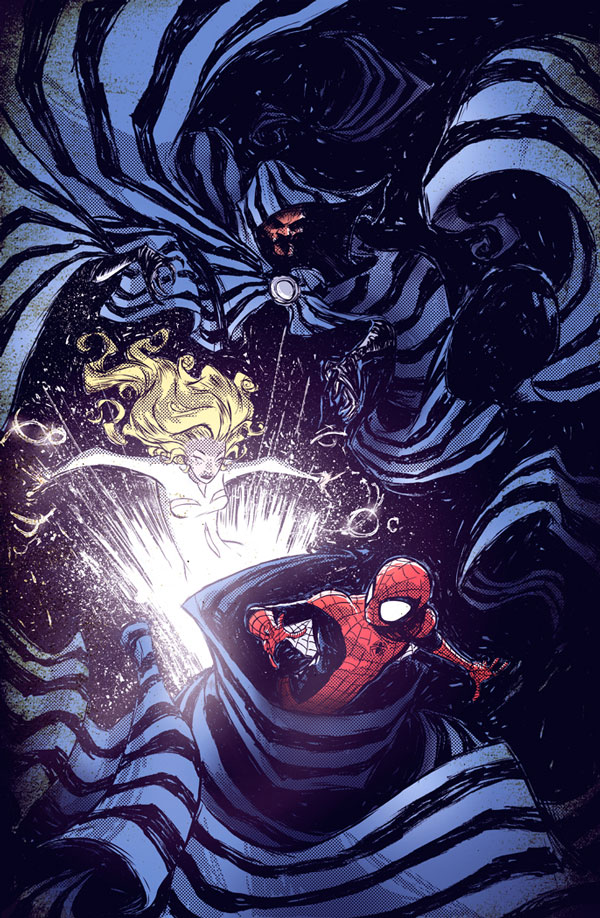 Gambit and Rogue By Fabian Schlaga

This scene has so much going on in it, which in part makes it an extraordinary painting. The characters are painted to detailed perfection and the environment they were put in is just as interesting as the heroes themselves.

This is one of the funnier and more lighthearted pieces of fan art in the group. At the same time it is still very uniquely drawn since its almost like a caricature of these superheroes.

This piece is features for practically the same reasons as the Wolverine vs T-Rex painting. Once again, who wouldn’t want to see The Hulk rampage through an exotic jungle? The bright colors just pop off the screen in this fantastic painting.

The Fantastic Four By Josh Templeton

This comic book style piece features Marvels quartet of heroes, the Fantastic 4. The illustration really captures emotion in each of the heroes as well as surrounds them in a beautifully painted environment. Note: this is not actually fan art as this piece was done by an industry professional.

The main villain of the Fantastic Four world is featured here. The painter does an impeccable job of painting Dr. Doom, not only for the detail but also the expression that will definitely tell the viewer that this is a bad guy, in case you already weren’t aware. 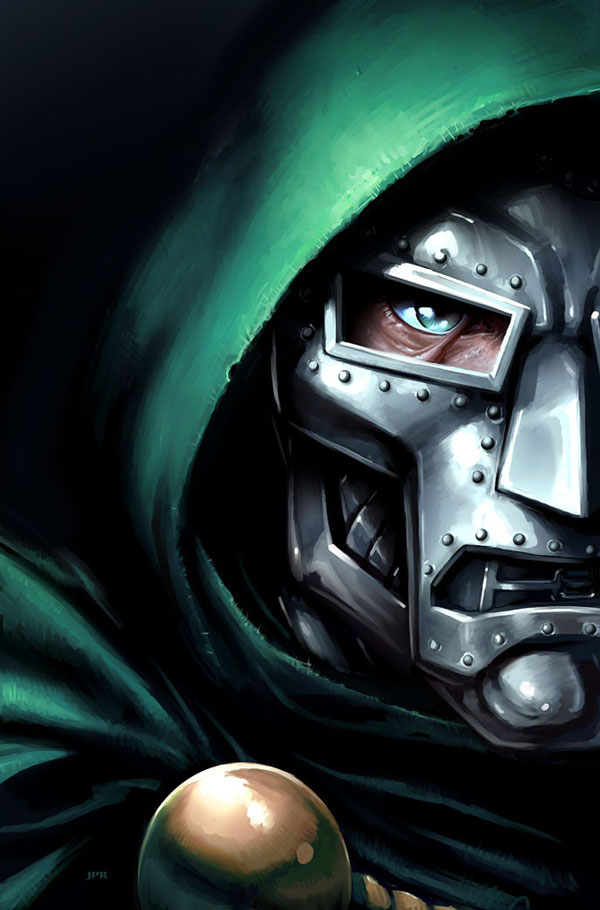 Deadpool is one of the more unknown characters in the Marvel Universe but that doesn’t stop designers like Dave Wilkins from making this awesome close up shot of the hero. 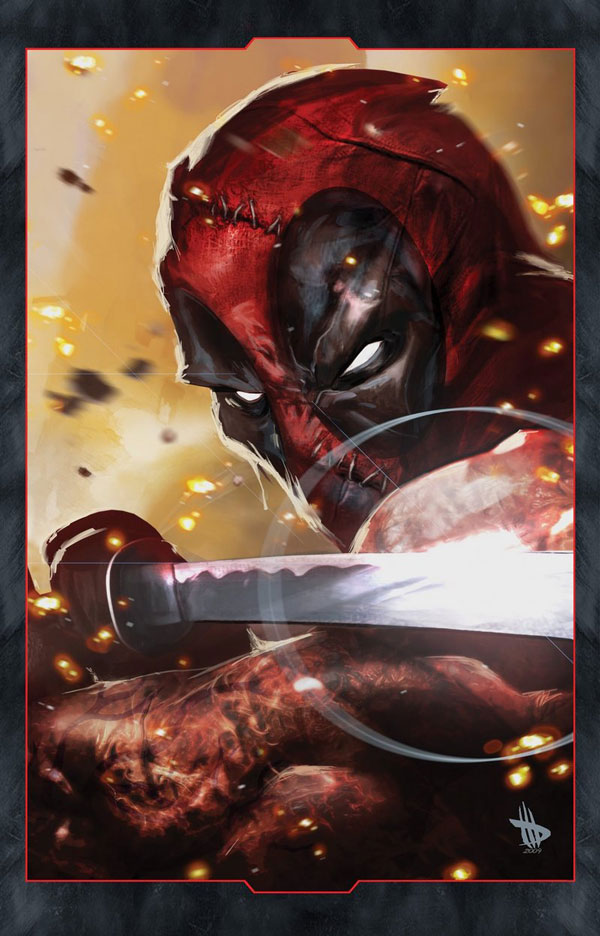 This Capitan America illustration features a very cool almost pencil drawn design style, which looks fantastic when colored. The original piece is a wallpaper so go ahead and download that if you're a fan of the piece. 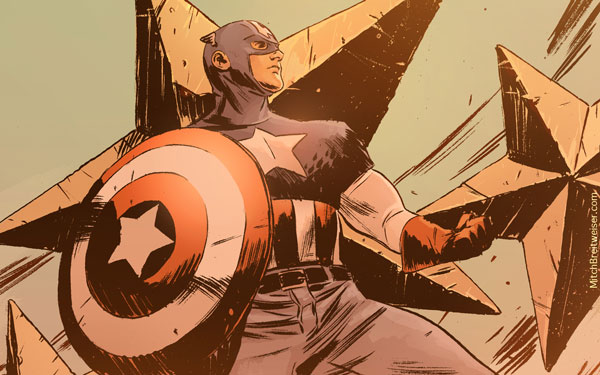 Our last piece of Fanart is a pretty epic picture of 3 Avengers. Nothing much needs to be said here because the painting itself is so epic. Perfect detail and realism make for a phenomenal painting. 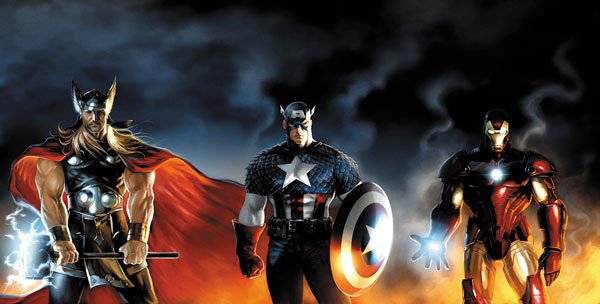 Emil Agarunov
Emil Agarunov is from Brooklyn, New York. He has been using Photoshop for around four years and has been using Illustrator lightly for the past couple of years. His main techniques are vector based images and photo-manipulations.
Weekly email summary
Subscribe below and we’ll send you a weekly email summary of all new Design & Illustration tutorials. Never miss out on learning about the next big thing.
Advertisement
Translations