After Effects has often been referred to as "Photoshop for Video". I was thinking about this the other day after I said that very expression to someone who asked what the heck Aye Eeh Toots was. I then went over to Psdtuts+ and started looking back through their archives and well, I got inspired...

We're hosting this contest in hopes that you'll get a little creative and start to think outside the box and more importantly... outside the AE. Most people who are proficient in After Effects are pretty comfortable with Photoshop. This is often because most of us started in Photoshop and then stumbled across AE and realized... "Holy Crap! I could do ANYTHING!" 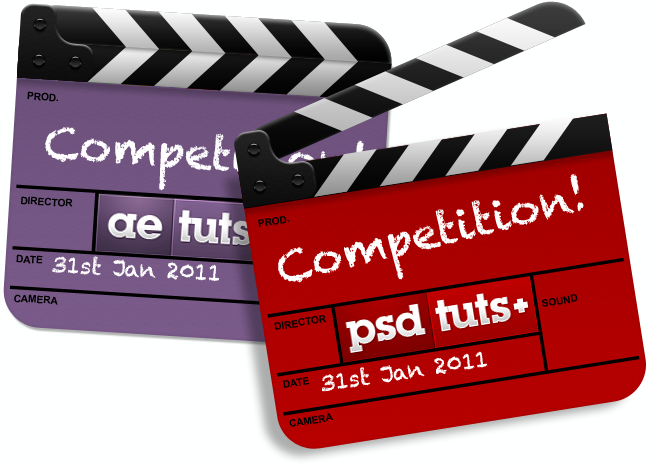 Create a 5-15 second long video within After Effects that was done following or inspired by a Psdtuts+ tutorial. This can a VFX shot, a Motion Graphic animation, or any variation you can conceptualize.

You can submit as many entries as you like but all entries must be submitted by February 28th at midnight EST.

Our staff will look over the submissions and choose the top 20. We will then make those available for you to watch and vote on.

We will be giving away over $2,000 worth of prizes thanks to our sponsors, Red Giant Software, Techsmith, and the Envato Marketplaces.

The 20 First Round Winners will all receive $10 credit toward the Marketplace.

To our Top Winners we'll also be giving away : Magic Bullet Looks (for After Effects) - $400

From Red Giant Software... and

ContestsAdobe Photoshop
Did you find this post useful?
Yes No
Would you like to provide feedback (optional)?
Cancel Submit
Want a weekly email summary?
Subscribe below and we’ll send you a weekly email summary of all new Design & Illustration tutorials. Never miss out on learning about the next big thing.
Sign up