Adobe's InDesign is considered to be the most advanced multi-page editor software, but we need to take advantage of it's full power to quickly create and deliver professionally formatted documents. In this article, we'll review the nine advanced and special character topics, as well as corresponding shortcut keys, and additional information.

Scope and Focus of this Article

Most of the features explained in this article are general typography rules that will apply to any word processor, while some are only available in the Adobe CS suite, including InDesign and Illustrator. Also, some of the features are only available with Open Type fonts, which contain an extended character set including a number of special characters not available in other types of fonts.

To be noted that while extensive information on each of the following aspects is widely available, this article is just a short roundup of various typesetting features, and it should be treated as a checklist of things to remember when designing and reviewing a document.

Many times when working on large volumes of text or very tight deadlines, designers tend to ignore these aspects, however it is what makes the difference between a professional looking design and an average document. This article assumes you know the basics of working with Character and Paragraph Styles, and goes a bit beyond that.

A few general rules to keep in mind when setting up your grid and paragraph styles:

Before reading any further, make sure you activate the Hidden Characters feature, which will allow you to see the special non-printing characters (marked in blue) in your text boxes. You can do that by choosing Type > Show Hidden Characters from the main menu, or using the shortcut Command + Alt + I. Keep in mind that these characters won't show up in InDesign's Preview mode, so you might also need to switch back to Normal mode by pressing the W shortcut if you can't see them.

A summary of the aspects we'll be covering:

The traditional space character is good most of the time for the main body of text, however there are cases when you need a wider/narrower space between some words.

While adding multiple consecutive spaces or changing the tracking setting are totally unprofessional and can create style overrides, luckily there are more elegant solutions for this problem. You can insert all the following spaces by choosing the options under Type > Insert White Space from the main menu.

There is some confusion regarding the difference between hyphens, dashes and various resembling math symbols. While every font has a number of hyphen-like characters included, only a few of them are commonly used:

There are however some situations when you need to transform regular hyphens into wider dashes, either by hand or using a search and replace on longer documents. Em and En dashes are by far the most useful:

A few examples of the elements we've explained so far, with the Hidden Characters feature turned on: An Em dash; A Non-breaking space – these words will stick together no matter the width of the text box; Em dashes in between Thin spaces; Normal spaces are marked by a simple dot.

Ligatures are pairs of two or three letters joined together into a unique shape. Most common ligatures start with the letter f: fi, fl, ff, ft, fb, fh, fk, ffi, ffl. It is recommended you always use Open Type ligatures whenever they are available in your selected typeface, by checking the Ligatures option in the Character Panel or the Paragraph Style Options dialog box.

Smallcaps are alternative characters that are as high as regular lowercase characters and are used to highlight certain words or titles in your document. They are especially useful for acronyms; like: UNICEF, USA, NATO.

You can add a bit of tracking to acronyms in your document using a custom Character Style. People's names can also be set in Smallcaps. For name initials such as E.M. Hemingway usually no space is required between E.M. Some designers prefer to use a Thin or Hair space in between these initials, but that depends on the font used and is a matter of personal preference.

This is a very useful feature that will add a professional look to your text boxes by slightly pushing punctuation marks and some wide uppercase letters outside the text box, to visually align the text. They are especially handy for quotes enclosed in quotation marks, which will be hanging outside the box as shown above. Bring up the Window > Type & Tables > Story Panel, check Optical Margin Alignment, and enter the font size you are using for that particular paragraph. 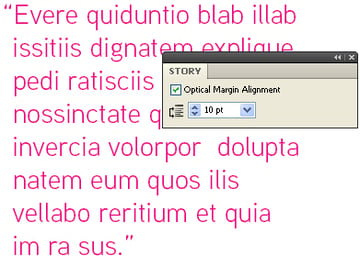 The glyphs panel (Alt + Shift + F11) browses through the entire character set of a selected font, revealing an extended list of available characters you can use, which are not readily available on the keyboard. Just click in a text box, then double-click on a glyph to insert it at the cursor location. Let's look at the panel explained in detail:

Notice some glyphs have a small arrow below, that means there are additional alternative glyphs available. 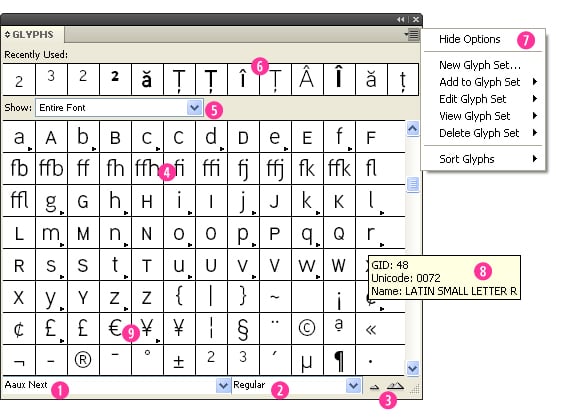 Open Type superscript and subscript is recommended at all times. If your typeface doesn't have these glyphs built-in, you will see that marked in square brackets, as in the reference image. That means you have the alternative option of using an InDesign simulated superscript style, which is available in the Character Panel drop-down menu. Regardless, it is recommended you insert a Thin space before your subscripts and superscripts, so that they won't stick to the preceding character. 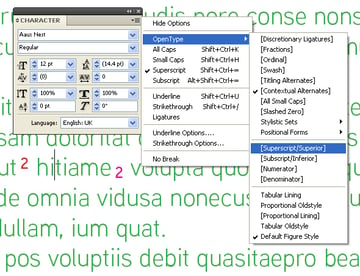 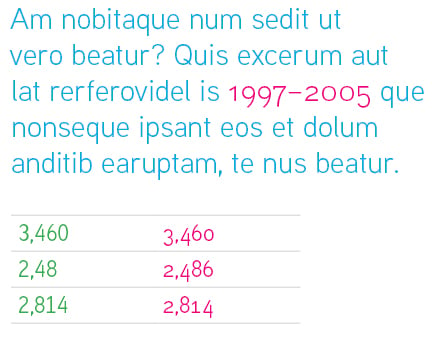 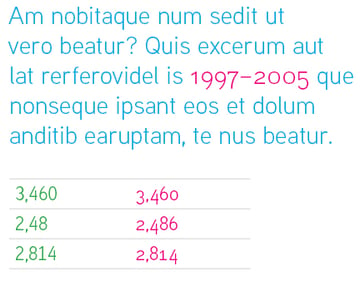 Applying these general typography rules will give a more professional look to your documents. You don't need to remember everything, just have a printed copy of this article on-hand and use it as a checklist. Please feel free to add your comments and questions below.

TechniquesVectorAdobe InDesign
Did you find this post useful?
Yes No
Would you like to provide feedback (optional)?
Cancel Submit
Want a weekly email summary?
Subscribe below and we’ll send you a weekly email summary of all new Design & Illustration tutorials. Never miss out on learning about the next big thing.
Sign up

Lucian Marin
Graphic designer from Bucharest, Romania specialized in printed large scale corporate documents and annual reports. Worked as a freelancer with multinational and corporate clients in the EU and the Middle East. Advanced InDesign user and passionate about document workflow.