Adam Spizak is a unique breed of designer, from the first glance at his work you will be engulfed by very strong emotions that are just pouring out of his art. He prides himself on creating art that is visually stimulating that will make you feel something you've never felt as well.

Each one of his illustrations has it's own personal background story along with a whole group of emotions that are meant to be expressed. Adam also gives us a great tip on how to efficiently store all your idea's and then use them when the time is right. Let's have a chat with Adam!

My name is Adam Spizak, I’m a polish illustrator and designer living in London, UK. I started my adventure when I was 15-16 years old on my Amiga computer. I was very impressed with Amiga’s art scene and I wanted to try for myself. I started by working on The X-Files and Metallica themed wallpapers for friends and I found it very enjoyable; now after almost 14 years I still do.

2. All of your art looks extremely cinematic and compelling because of the scenes depicted in your work. Do you usually write or create a back story to your illustrations?

Yes, the story is the only thing that gets me going – I also work as web designer and interactive developer so if I wouldn't put story in my illustrations I wouldn't probably enjoy making them.

Most of the time there are two paths of how I start – either I got a backbone of the story, an idea e.g what if I would have a guy in flames in place that looks like a prison cell etc. Once I start working on image I will build the story. The other path is when I got the story in place and all the important aspects of the image are planed – then just the execution. 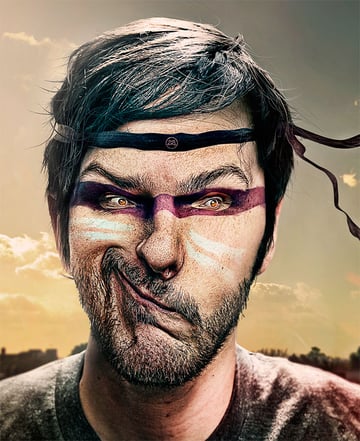 3. You have a unique talent for creating art that when complete screams with emotion. Most of your work has strong emotion when you look at it. Is this your intention when designing? And if so why?

Thanks, I try to be honest with what I do – the first idea after the story is there is: build something that I as a viewer would enjoy looking at, something with emotion and story to boost it up. There is a great number of very skilled designers who design rubbish, pointless designs just because they got the skills – that's what I'm trying to avoid. I don't have the best skills so I try to have the story. 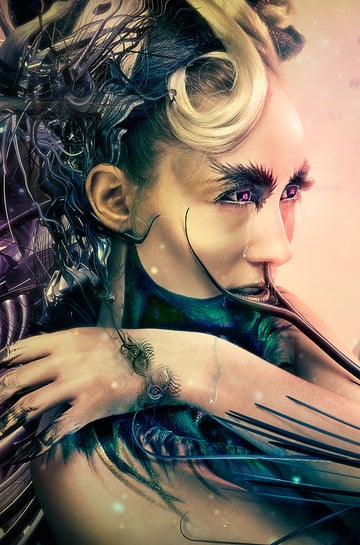 The Hunt For Red Dwarf

4. Are you a self taught designer or have you been to a design school?

I do have a multimedia design degree, but that was long after I started working as a designer and was more about programming and internet broadcast so very different to what I do.

I'm a self taught illustrator. When I started there was no digital art magazines, no Psdtuts+, etc. I didn't read or own any Photoshop books (even now, the only book I can say I've read was "Macromedia Flash 8 for professionals") – so everything you see is what came from experiments and many failures. 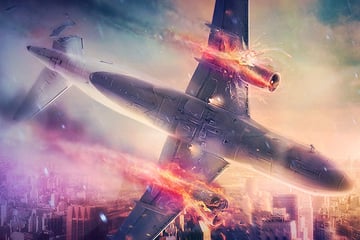 5. Since every one of your illustrations is one of a kind, what advice would you give other designers who have problems coming up with original idea's for their artwork?

When you get an idea – write it down, even if you think it's overcooked and might be a cheesy one – still it can be useful somehow. I have a folder on my hard drive with ideas with sub folders named after a single idea (these folder are used as a base to store images useful for that illustration).  It sound simple but it does help a lot – you can cross over two/five/ten sub folders and get really crazy ideas for an image.

Get inspired – look at other people work and try to think: what if I take that and put it in a different setting – what would change? Etc. Asking questions about the design or even just about the idea can help you develop ten new more ideas, etc. Write them down. I know that these are very simple rules – but I work with junior designers in my day job and for many that's the biggest problem. It's not the technical side, but the managing of an idea – often they have to many thoughts and struggle to bind them into one cohesive idea, that simple managing can save you. 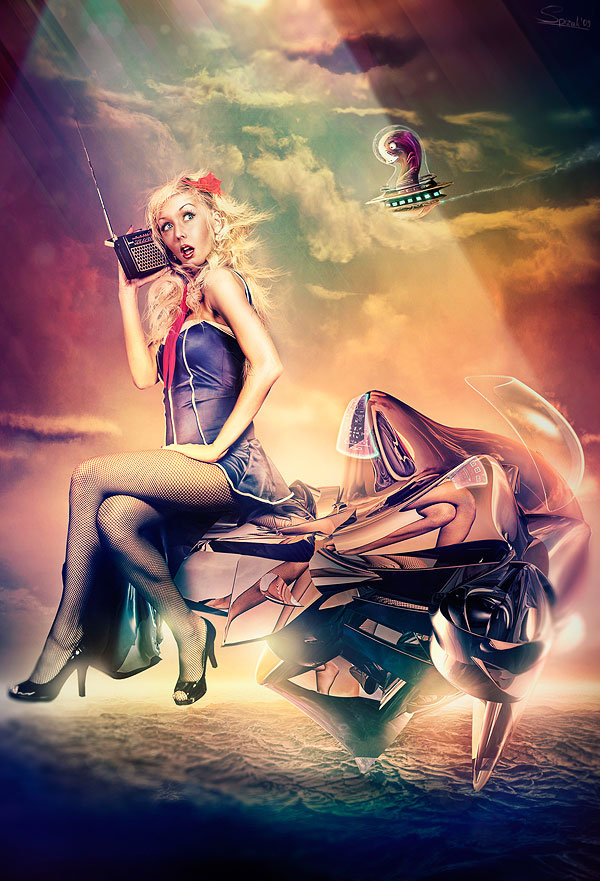 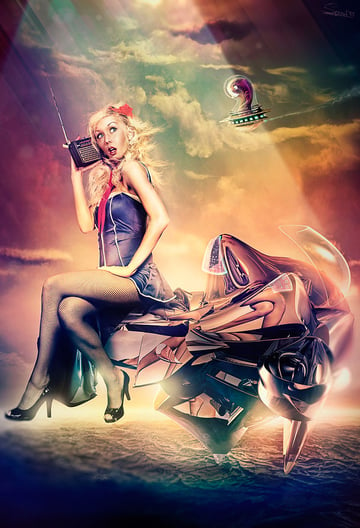 6. "Eraser" is arguably the strongest piece in your portfolio. Can you please walk us through the creation of this design and also what do you intend the viewer to feel when they look at it?

I don't think that this is the strongest piece to be honest, someone told me that it looks like scene from "Heroes" TV show. I wanted to have an illustration with two main characters and conflict/emotion between them. The first draft was based more on the idea of one guy holding hands around the other guys head and erasing his memory, but once I done some sketches and basic mock-up I thought it looked cliché and so typical.

Back to the sketch board – quick Q & A (as mentioned in question 4) – what if the first character would be in movement, that if the second if so powerful that he can erase your memory by sending high voltage lighting?

Once I knew I wanted to keep the scene dynamic I thought: what if the first character is passing the camera, how will that look – if he gets electrocuted will the viewer see tears and saliva, skin pores? I can just hope that the viewer is enjoying both the technical craft (most of the CG elements in this one are hand painted eg. lightings, saliva) but also the sense of action. 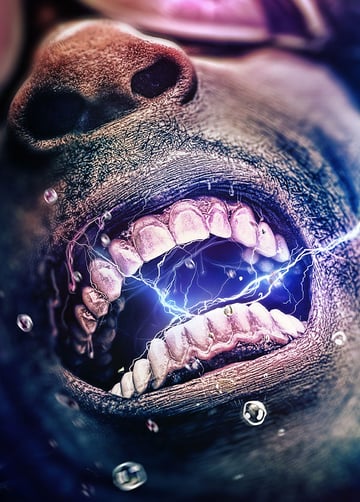 7. No two pieces of yours are ever directed in the same route, so what is your source of inspiration that provides for endless amounts of great ideas?

I start my day with coffee and browsing all big design and painting portals – that's my first hour, just that can be great source of mixed ideas for images. I love reading books and listening to some good music that's a great source of inspiration for me (one of my first images, done back in the old days on my Amiga was Stilgar, a freemen from Frank's Herbert "Dune"). I always had a vast imagination so sometimes I need to say stop, so I don't wonder off to far. People that work with me every day can provide you (hello to my fellow colleagues) with some funny stories of how many really silly jokes and ideas I can produce in five minutes ;-) 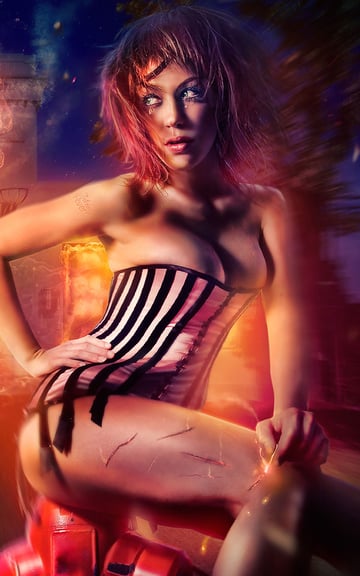 Thank you. Don't be afraid to experiment and fail. The comments to my work that get me really angry are: "you could do something more in the style of the previous one." The only reason why I still enjoy doing what I do is because I don't listen to comments like that (but make sure you listen to constructive feedback).

Experiment, do what you feels needs to be done – not what someone is saying you should do, be brave, and don't force yourself to mimic someone else's style because it's popular. Peace, Thanks. 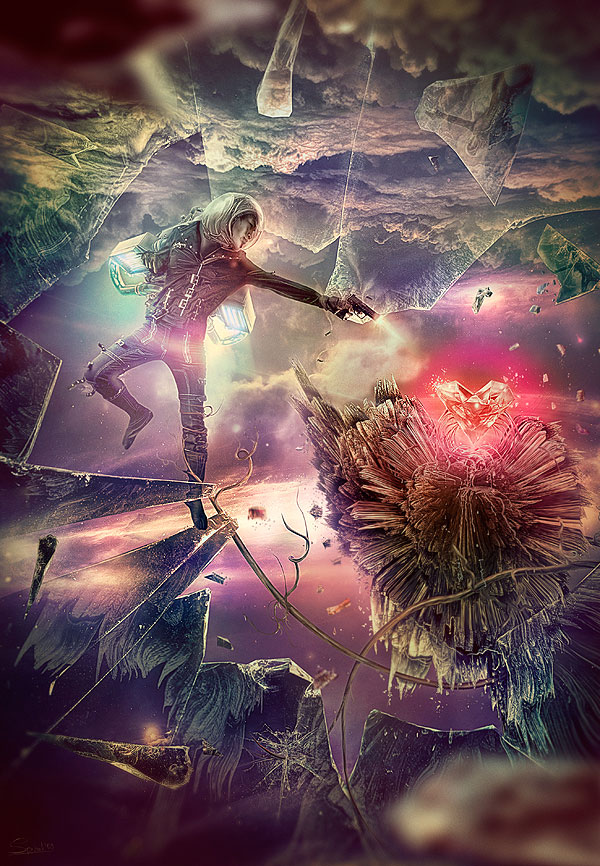 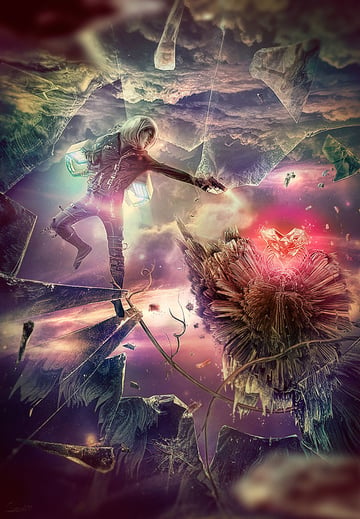 The Heard of Darkness

Where to find Adam on the Web