When SlashThree was confirmed to speak at OFFF 2011 in Barcelona back in September of 2010, I could hardly contain my excitement. I had attended my first OFFF in the summer of 2010 and had seen first hand the incredible potential it had to expose up and coming creatives. Considering that SlashThree was coming up on its fourth year as a collective, it was the perfect time to try and show the artistic world what we had to offer.

From the very beginning we knew that the bulk of our presentation at OFFF would consist of work from our exhibitions, but we were also keen to make a bigger impact. I began consulting the staff to see what was possible, and the final decision was to create a new book that we would sell at the OFFF festival. We resolved to format the book in a way that would capitalize on our experience in creating themed exhibitions. A typical SlashThree exhibition has one theme that all of the artists submit to, and usually contains about 70 submissions. For the New Era book, we took the broad concept of Rebirth and divided it into five themes: Decay, Descent, Struggle, Ascent, and Future. Our Emphasis was quality over quantity more than ever, and we limited each theme to only four submissions, capping the book at twenty illustrations. An introductory illustration was added later, created by senior artist Roy Bourkel.

The New Era section epitomized the experimental attitude that has become a norm at the SlashThree collective. It was unlike anything we had ever done before, and in order to bring more balance to the book we added a second section, 'Heritage.' The Heritage section is a collection of the strongest works from previous exhibitions at SlashThree, the pieces that have attracted viewers and served as the foundation of our site.

Our book was ultimately made possible by Maxon computer, who are well known for the incredible 3D software Cinema 4D. Many of our artists rely on Cinema 4D to create their illustrations, so they were a fitting sponsor. In addition to the support from Maxon, we also have Proof7 from New York to thank, who did an incredible job printing the books. 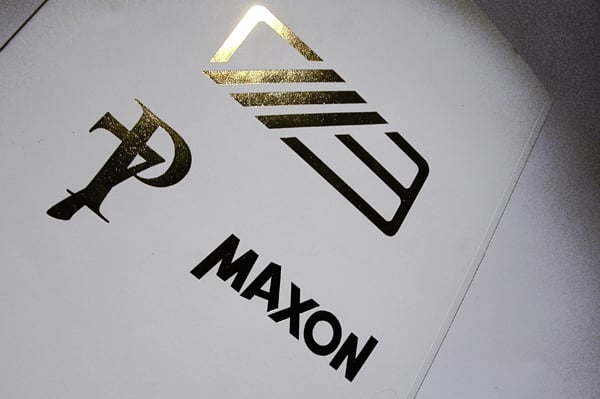 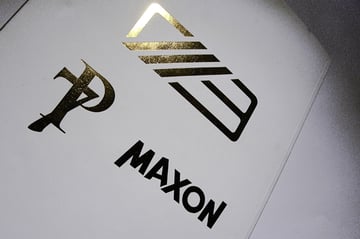 I curated the project from start to finish, but the true hero of the book is Diego L. Rodriguez. Not only did he play a huge role in the conceptualization of the book, but designed the entire book. Luis Miguel Torres, a friend of Rodriguez and new addition to the SlashThree collective, created the typographical artwork for the five theme pages and for the cover. The New Era book was a massive effort from the entire collective, but it is something we are incredibly proud of, and we hope that our viewers will find the book interesting and purchase a copy.

More Images of the Book 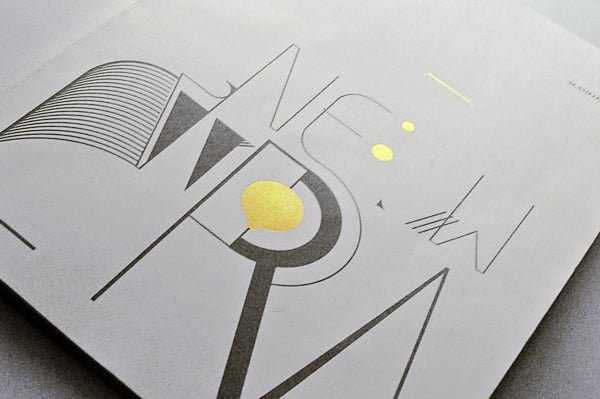 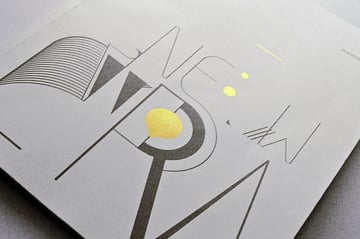 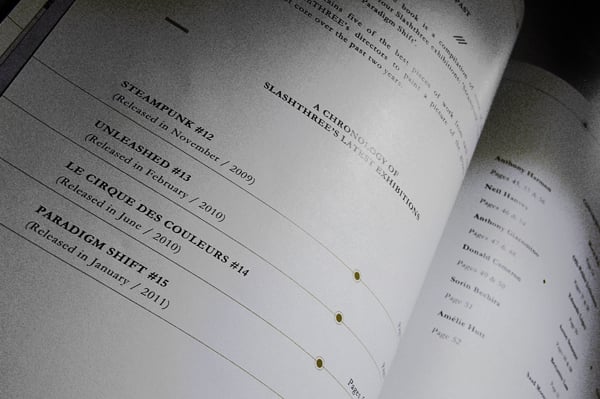 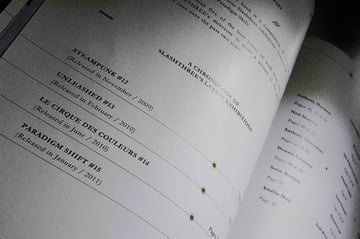 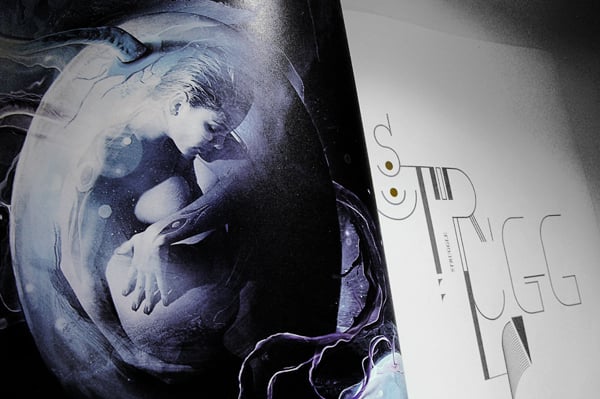 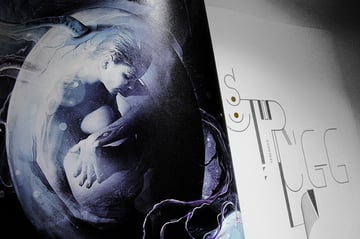 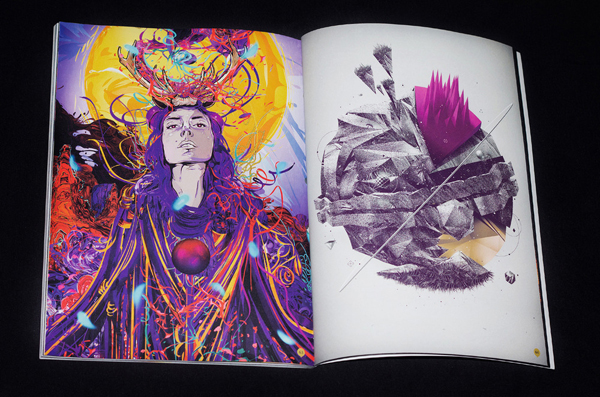 Take a look at some of the works featured in the New Era book. 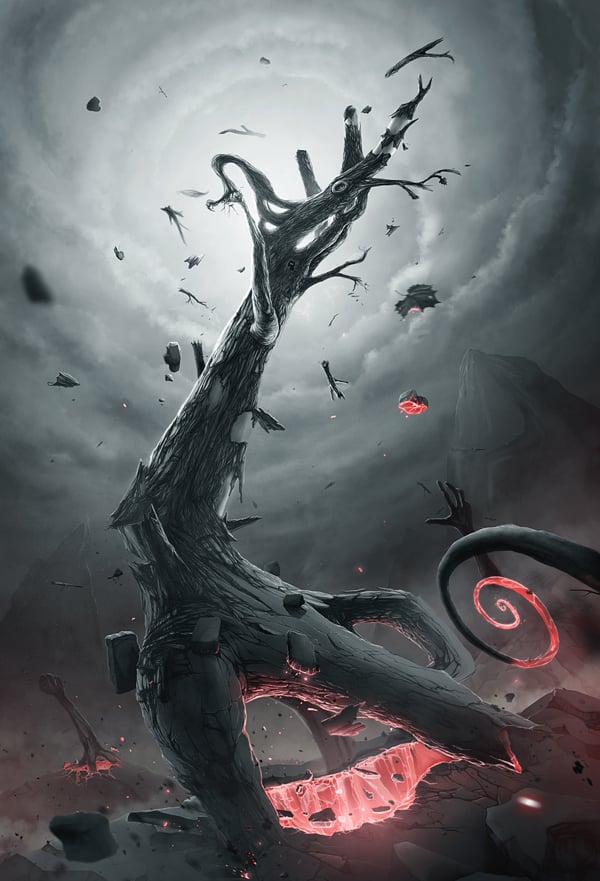 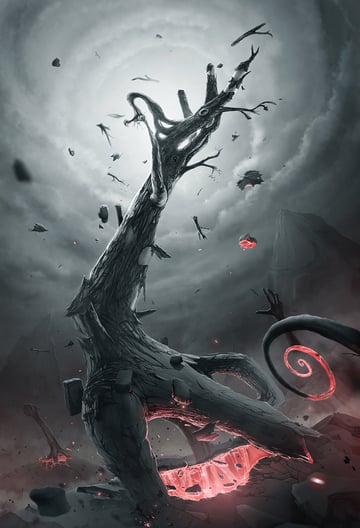 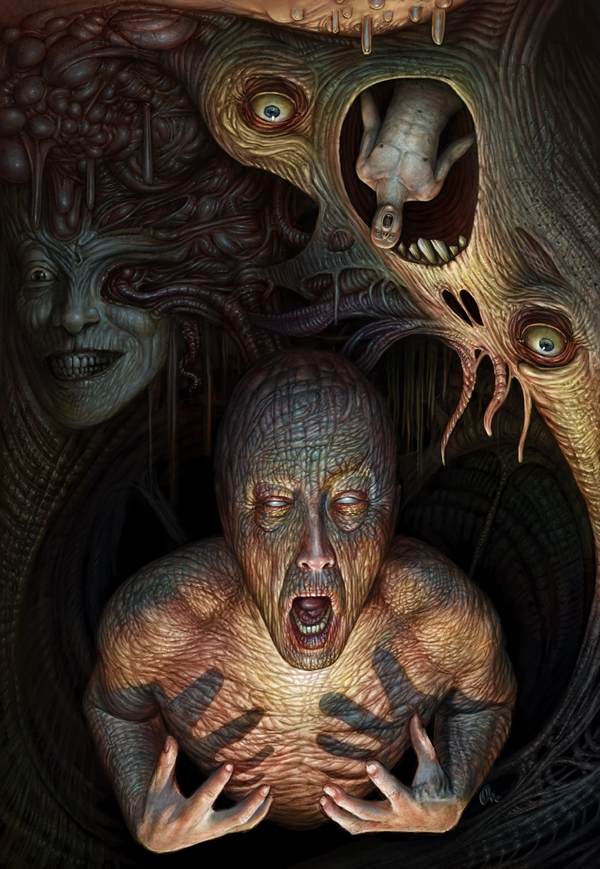 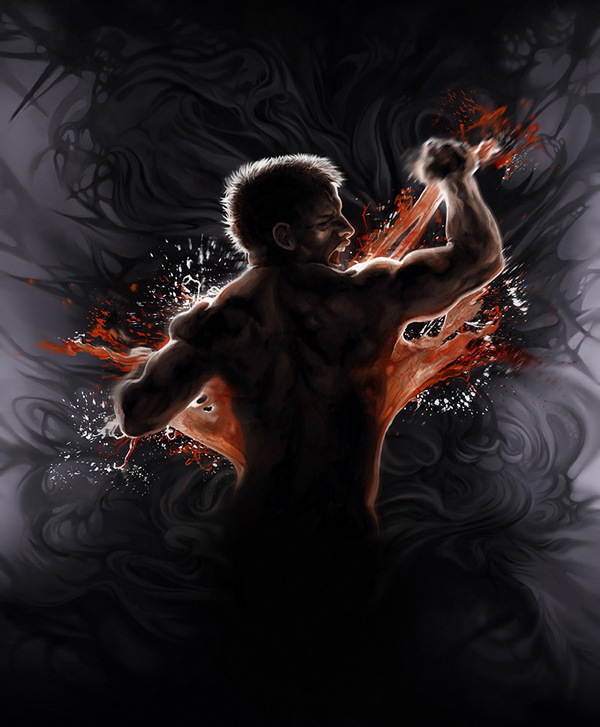 Saad Moosajee
Saadart is the online showcase of young self taught freelance Illustrator and Art Director Saad Moosajee. Since Saadart.com was established in September 2008, Saad has had the privalege to work with a multitude of charities, brands, and agencies. Saad’s work has been exhibited in multiple galleries and published in a multitude of magazines and books. He has also served as the Creative Director of slashTHREE for over 3 years, and is also a member of The Keystone Design Union.