Alright vector lovers, let's turn on multiple-pages 'eh! Adobe Illustrator is great, it's my favorite program actually, but even with the new Artboards feature in CS4 it just doesn't compare to InDesign for creating multi-page documents. If you've been meaning to get started with InDesign, but have put it off for whatever reason, well now is the time to get stared!

This article rounds up a bunch of great resources on learning Adobe InDesign, which will get users started and keep intermediate users growing. And for any of you advanced InDesign users out there, or professional InDesign craftsmen, drop us a line because we're looking to add more InDesign resources to Vectortuts+. Now let's review these InDesign resources! 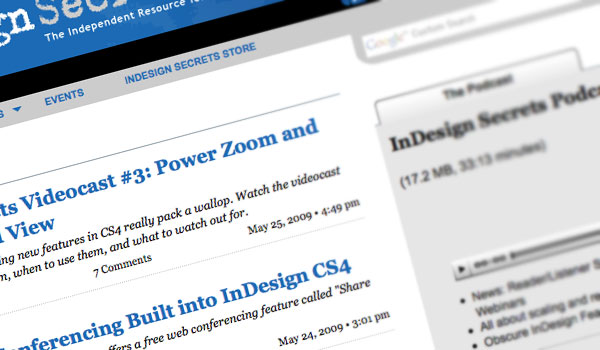 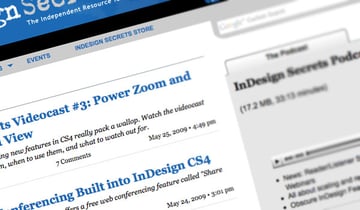 If you're not familiar with Layers Magazine, well then you should be. Aside from there actual magazine, they have loads of high-quality video and text based tutorials on lots of Adobe products. Check out their section on InDesign Tutorials. 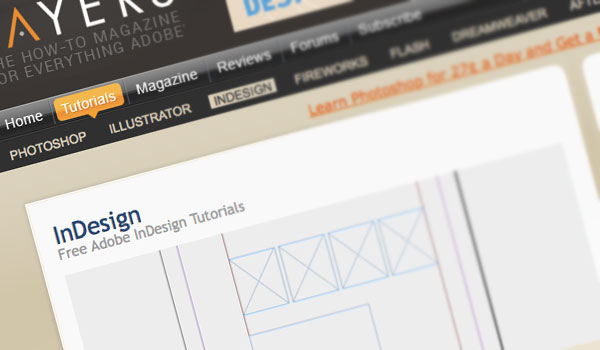 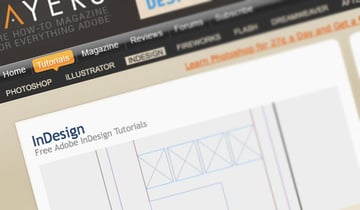 Michael Murphy, who wrote such books as "Adobe InDesign CS4 Styles: How to Create Better, Faster Text and Layouts," runs this site. The blog is updated regularly with high quality posts, and while not as regularly posted, he has a videocast as well.

Here's a quote from .Net Magazine, "Michael Murphy is a veteran art director with an encyclopedic knowledge of Adobe's InDesign, and his vidcasts are aimed at users who want to find easier, faster or more productive ways of getting the job done." 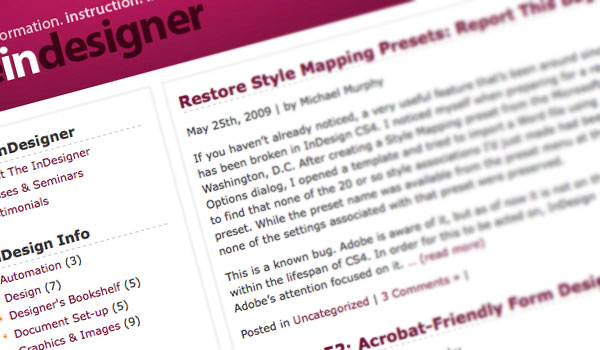 Most of the resources listed in this article are web based, but the fact that there is a magazine dedicated to InDesign is something those looking to learn this program, and stay up to date with it, should know. They do have weekly tips online though. And you can sign up for a free issue of the magazine as well. 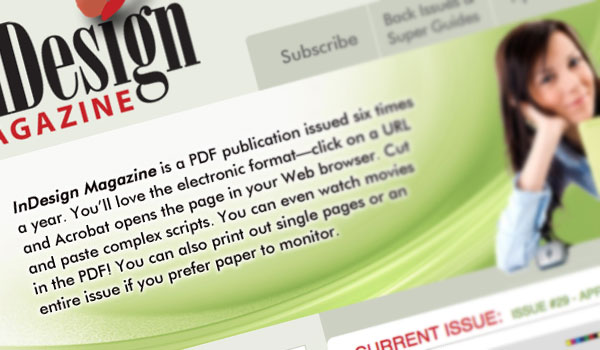 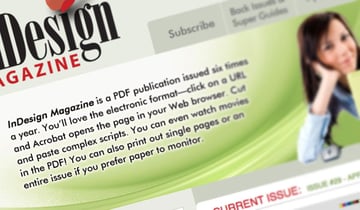 This is a blog run by Keith Gilbert, who is a software trainer and consultant specializing in the graphic design market. The blog covers design production tips, techniques and news, also InDesign is the most covered topic on the site. There are some great posts and tips for InDesign users on this blog. 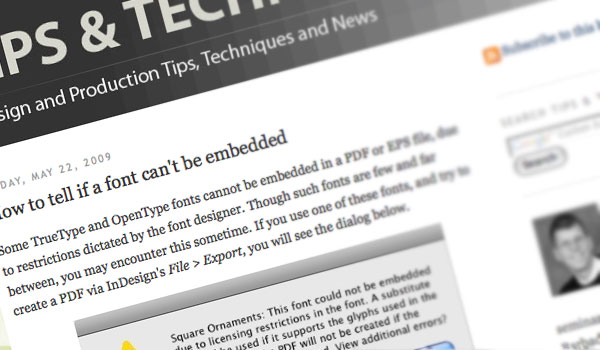 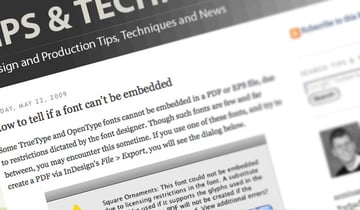 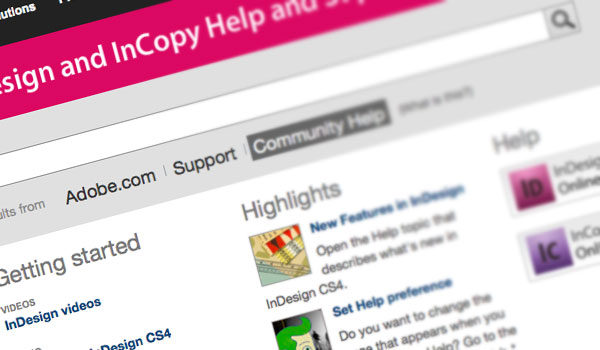 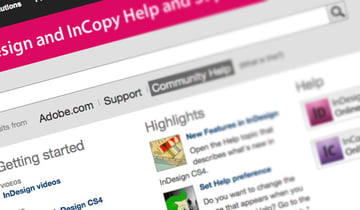 There are some great instructional videos here produced by Adobe for InDesign users, as well as other Adobe products. Aside from this great site, there are certainly other places you can look for InDesign video. Check out Vimeo and YouTube for free content, or jump over to Lynda.com for some great premium video training. 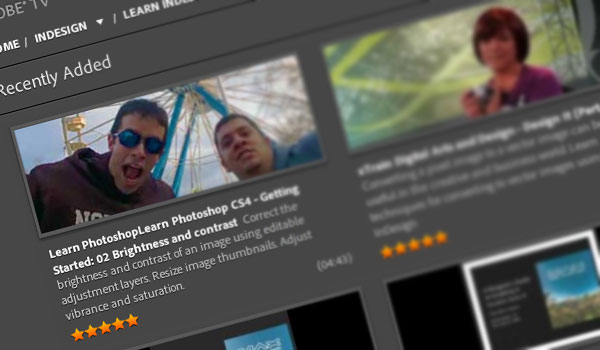 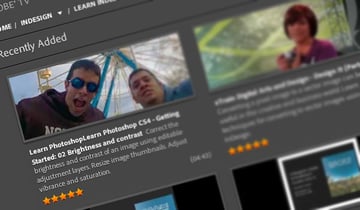 8. 30 Tutorials That Will Teach You InDesign

There are a whole lot of tutorials here to get started with InDesign. They are a bit randomly organized though. You could also try searching some tutorial directories, like Pixel2Life as well. 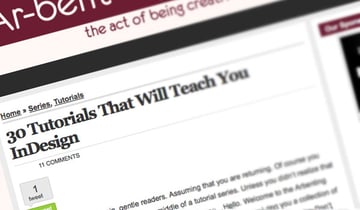 The is a resource page from Robert Levine, a certified InDesign expert with lots of experience teaching this program. There are links to tutorials he's written, as well as others. He's just one of the many professionals that would be awesome to work with on Vectortuts+. Everyone cross your fingers. 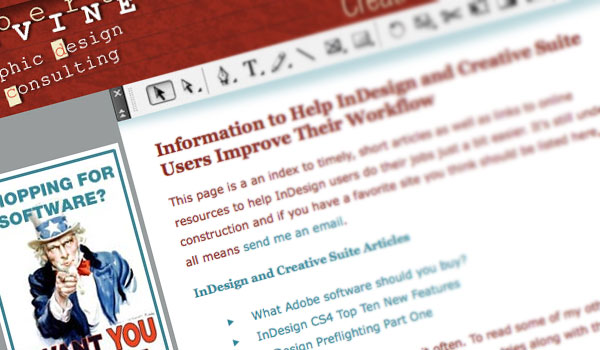 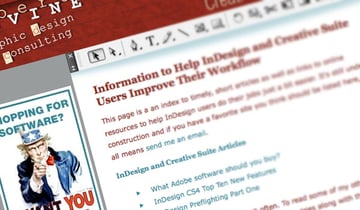 10. Answers to Reader Questions on InDesign

Aside from tutorials, it's great when blog owners answer reader questions that come up directly. This blog post does just that. While it's just one reader's question, this often is something that many users would like to know. A whole lot of InDesign concerns are alleviated in one swoop here as Lauren Marie lists a bunch of shortcuts for working with InDesign and links to beginning articles she's written on InDesign. Also, part of the theme of this post is the process of switching from Quark over to InDesign. 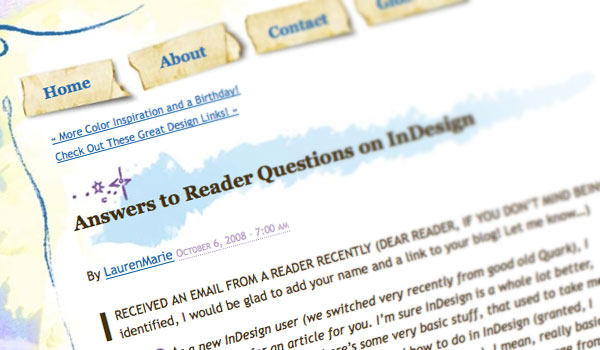 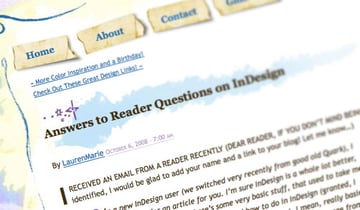 RoundupsVectorAdobe InDesign
Did you find this post useful?
Yes No
Would you like to provide feedback (optional)?
Cancel Submit
Want a weekly email summary?
Subscribe below and we’ll send you a weekly email summary of all new Design & Illustration tutorials. Never miss out on learning about the next big thing.
Sign up