Vector art and comics are a match made in heaven. Because of this, it's no surprise that many vector illustrators would love to illustrate their own comic or graphic novel one day. To help you reach this goal, here are 10 priceless comic-book illustration lessons from a star-studded group of industry legends.

1. Be inspired and develop the work of previous character artists – Dan Scott

Dan Scott is a freelance illustrator located near Kansas City, Missouri. He has worked on projects with Dark Horse Comics, Warhammer 40k, Wizards of the Coast and DC Comics. Dan Scott is widely know for his CG artwork and illustrations using computers to create his digital art. In an interview with 3D Total, he outlines his process of researching the characters he is working with in order to develop the key features that have been laid down in the past:

With a painting that shows an iconic character like him [Superman], I felt I needed to first research how he had been depicted in the past. Quite often there’s a little bit of research time that needs to be put in before you even put pencil to paper (or maybe I should say stylus to tablet), whether it be to see what kind of plants are found in the jungle scene you’re going to paint, or to make sure you know the proper musculature on that horse you’re getting ready to depict. In this case I dug out several trade paperbacks I had to see how other artists had shown him. I made mental notes of what I liked and disliked about them and regurgitated it all into my own personal take on the character. 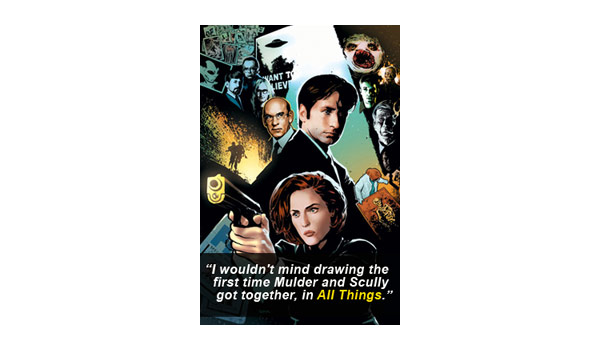 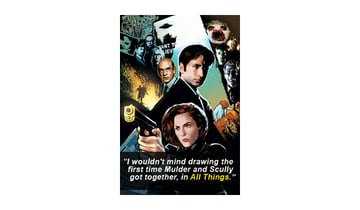 2. Develop and fine-tune your style of character illustration as the issues progress – Brian Denham

Brian Denham worked as the illustrator behind the X-Files comics based on the popular TV series. As a comic book based on real life characters the recreation of the likenesses of Mulder and Skully proved to be a challenge. In an interview Brian Denham talks about how he tunes his style across the issues to get closer to a realistic depiction of his subjects:

I think Mulder is the hardest. I drew an awesome shot of Mulder in #1 but a page later it's not as good. Things like that will work themselves out as I go.
I've got a grasp of Scully early on, but I noticed what looked good in black and white didn't look so good colored. So I changed some things about how I draw Scully. I try not to draw so much black shadows in her lips as I did in the zero issue. The likenesses were off on the last page as you can see. I'll drop some things as I go and it gets to a more fine-tuned version of the characters.

3. Collaborate and discuss ideas with the Editor, using sketches and pictures as references – Simone Bianchi

Simone Bianchi is an Italian comic book illustrator who is the current artist for the X-Men character Wolverine and has produced some outstanding cover art for Detective Comics. In an online interview from the 2007 New York Comic Con he describes how he works alongside the Editors during the artwork creation before he even begins sketching. This helps ensure all the work done is something that the editor is going to want to use and minimizes the amount of work that is scrapped in the final edit.

The average process is that I talk my Editor Peter Tomassi, we throw some ideas together through the phone and I start sketching around taking some pictures as reference and drawing the cover. 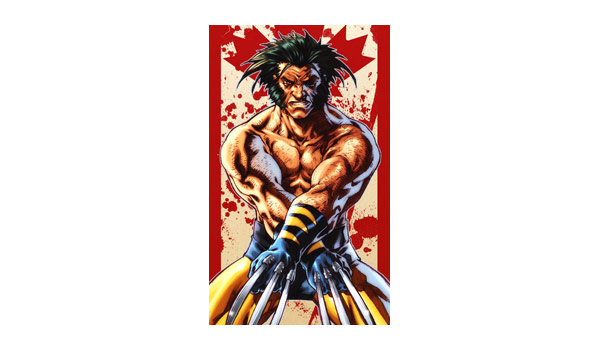 4. Focus on the storytelling not just the comic book art – Mark Brooks

Mark Brooks is a professional illustrator for Marvel comics who as a penciller interprets the story and creates the characters in each sequence. He has recently worked on Ultimate Fantastic Four and the X-Men Annual. When asked at the New York Comic Con he made a point about creating art that relates closely to the story:

I’ve learned that it’s a lot more to do with the storytelling than just pretty art … Comics are a lot more than art, I see a lot of up and comers that get into comics in the same position I was in and I see them focusing very heavily on the way they draw and doing covers and pin-ups and things like that and I don’t see a lot of focus on storytelling, which is something I’ve really tried to focus on in the last few years. I think if anyone can learn from my experience, focus on that just as much as focussing on your art. 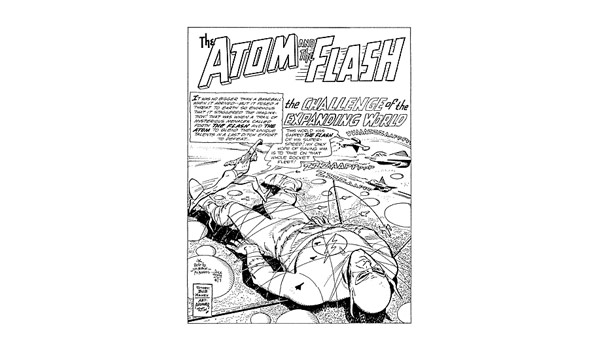 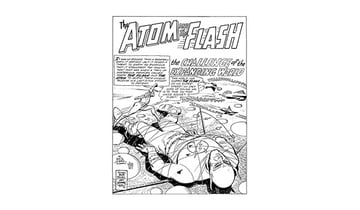 5. Use facial expressions to convey emotion and subtext– Alex Toth

Alex Toth is a master of comic book art active through the 40’s through to the 80’s. His most recognizable work includes projects with Hanna-Barbera, Super Friends, and Space Ghost. In an interview at TwoMorrows he talks about his use of facial expressions to convey emotion in his art:

First of all, romance was very special. It dealt with emotions in a different way than the slam-bang adventure stuff. There are a lot of things under the surface... a line of dialogue could say "this," but the expression of the person would say "that." Maybe only the camera/us/the reader's viewpoint would reveal the truth when she said, "I love you, too, George." Her face, eyes were saying something else! And the reader knows that, but "George" doesn't! He can't see that! So, there were all of these little nuances of line readings, acting, reacting, interpretation, layers of character personality, integrity, etc., people bouncing off each other... that was suddenly very grown-up, as opposed to the slam-bang... It was a whole new ballgame, and it forced me to really pay attention, and look, learn and listen. 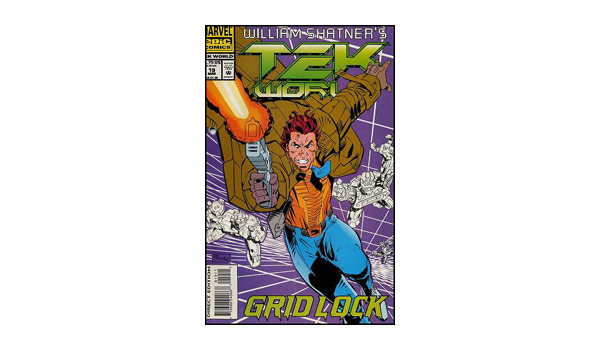 6. Don’t portray an action and a consequence in the same frame if you can avoid it – Lee Sullivan

Lee Sullivan is British comic artist who has worked on titles including Transformers, Thundercats, Doctor Who and Robocop. When interviewed with SciFi Pulse he touches on a tip when portraying action sequences in comic format:

I think one of my least favorite situations is when a writer asks for action and consequences to happen in the same frame; for example: first guy comes through door, second guy hits him and first guy crashes into table. You might get away with the last two actions combined, but you can’t really show them combined with the first. That’s another panel! 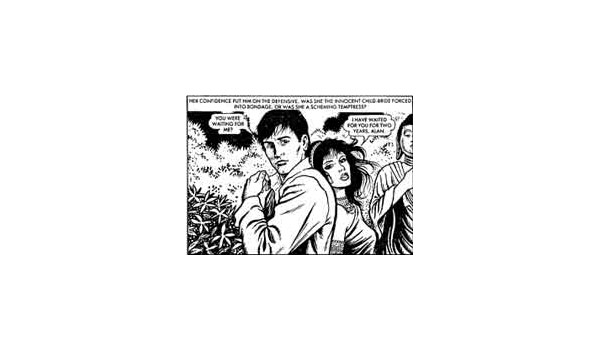 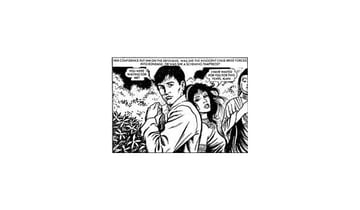 7. Be true to your own talent rather than follow trends – Tony O’Donnell

Tony O’ Donnell is a talented comic artist who has worked on titles including Ghostbusters from Marvel UK and DC Thomson’s Starblazer. In an interview for the British Comics fanzine Vicious he offers his advice for aspiring comic illustrators:

Keep a sketchbook and use it! Don't try to imitate the current 'fave' artist - maybe by the time you can draw just like him or her that style is out of fashion. Try to be true to your own talent and draw to please yourself, rather than follow temporary trends. All of this advice is difficult to follow and I wish I'd followed it myself. Still, better late than never! In the past I've overworked my pencils in order to make them as 'good' as possible, whereas I now believe it's best to adopt a looser approach and perhaps to have more self-belief in your own personal style. I was given the same advice in 1982 by Steve Dillon, who I think believes that being a perfectionist can take the 'fun' out of drawing comics. 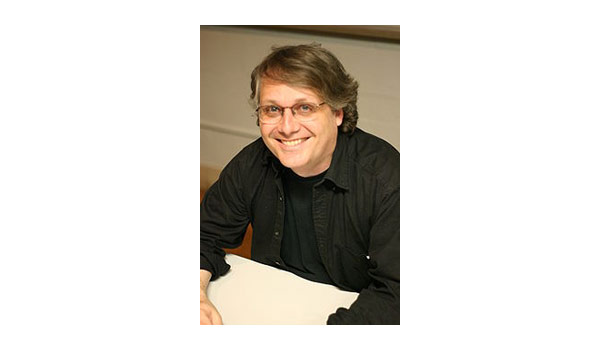 8. Draw what you really want to see as a reader – Scott McCloud

Scott McCloud is a comic artist and writer who has not only produced illustrations for DC Comics, but has also released a number of industry related books. More recently he produced the press release comic strip for the Google Chrome browser. In an interview in 2006 he was asked what advice he would give to upcoming artists:

Write and draw what you really want to see as a reader. Don't try to write and draw what you think others will buy or what others want to see, because if you're not as interested in the subject matter that you're telling us about, then that's going to show. And that lack of enthusiasm is going to weaken your work. You have to care deeply about what you're doing. If you do, then there will always be at least someone else out there who cares as deeply about it as you. But if you're trying to sell out, if you're trying to create the kinds of stories you think other people like, you're always going to come in second behind others who have a more genuine love for that material. So you might as well just write what you love. 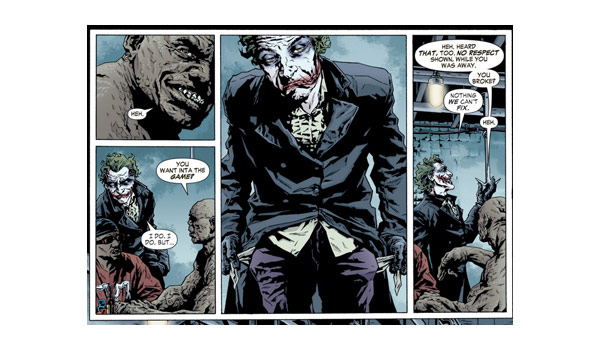 9. Don’t rely on the mainstream incarnations of popular characters as a base for your work – Lee Bermejo

Lee Bermejo has had very recent success as an artist alongside writer Brian Azzarello with the release of the Joker graphic novel. There were striking resemblances between his interpretation of the Joker and that of the popular movie release The Dark Knight, despite being well underway with his illustrations of the joker character before Heath Ledger was even cast. In an interview he was asked whether it is important for artists to incorporate visual elements from films to bridge the gap with comic books:

I think the only thing that really matters is that the essence of the characters remain the same regardless of the medium. The surface elements and some psychological issues are fun to play around with and bend a bit, but you just need to give people what they know is that character in order for various audiences to "get it." I prefer to see people's personal approaches to mainstream characters. It's just something that I enjoy and would rather see a thousand different takes on these guys than have everything start to adapt to the current, most successful incarnation. 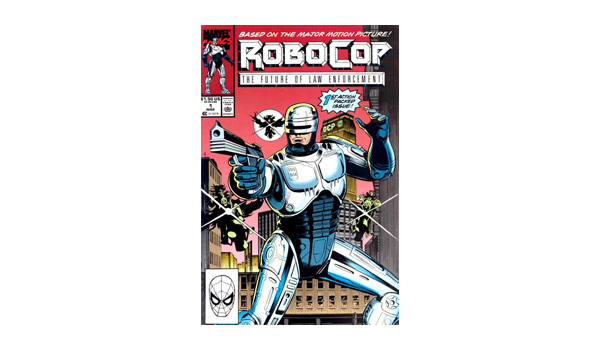 Lee Sullivan, as featured above has also compiled an extremely useful guide to writing and drawing for comic books on his website. Covering extensive areas of the industry and including many helpful tips it’s a great read for anyone with an interest in comic illustration. One such point he presents is how to present your work:

Getting your work seen is very hard and very dispiriting - editors rarely have time to look at your stuff and most wouldn't recognize good work if it jumped up and bit them on the nose, at least, that's how it seems. Very few people can make the leap between what you have in your folio and what they are scouting for. A tip here about portfolios - chuck out everything you're even slightly dissatisfied about in terms of quality - it ALWAYS lets everything else down. You're often judged by your worst work!

If you found this post useful, please give it a Digg below. Cheers!

RoundupsVector
Did you find this post useful?
Yes No
Would you like to provide feedback (optional)?
Cancel Submit
Want a weekly email summary?
Subscribe below and we’ll send you a weekly email summary of all new Design & Illustration tutorials. Never miss out on learning about the next big thing.
Sign up